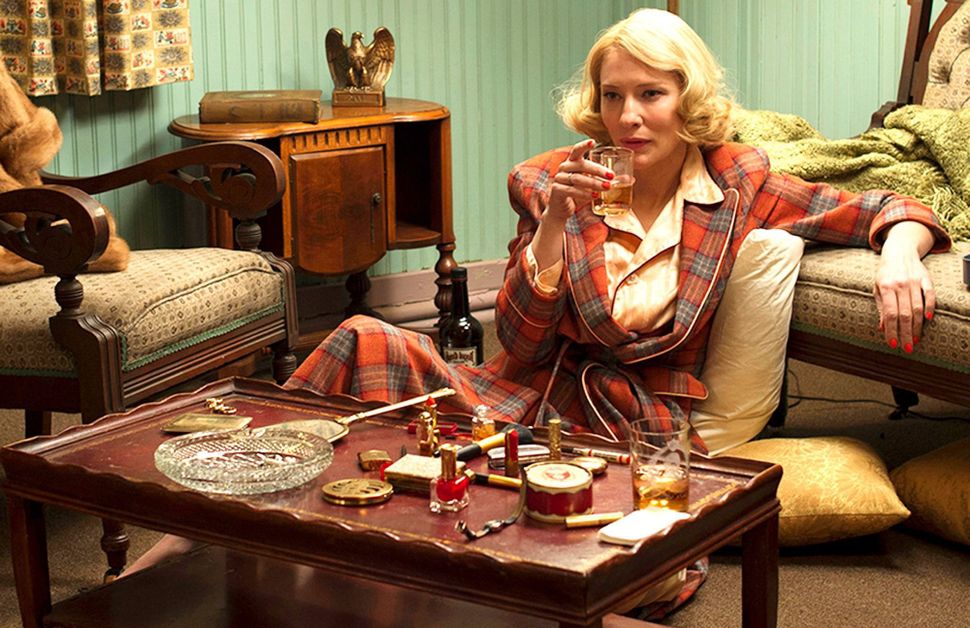 “Can anyone explain why Hollywood’s rich and powerful need $200,000 worth of extravagant goodies?”

That’s the question The Daily Beast asks the absurdly luxurious swag bags being given to Oscar nominees this year.

The goody bags, which include everything from a $55,000 first-class Israel trip to a $250 vape to a $1900 “Vampire Breast Lift” (I don’t even want to know what that is), are meant to assure all nominees that “everyone wins” at the Academy Awards. At least, so says Distinctive Assets, the company in charge of assembling the baskets.

But of course, the real purpose of throwing $200,000 worth of goodies at Hollywood’s rich and powerful isn’t to make Cate Blanchett feel better if she doesn’t take home an Oscar for “Carol” (which would be crazy; I’m rooting for you, Cate!). It’s to benefit the companies and, in some cases, countries that are offering all this free stuff.

Just as it looks good for a vape company to have Leonardo DiCaprio sampling its product, it looks good for Israel to have Leo walking around the streets of Tel Aviv. It’s great marketing, because it implicitly ties Leo’s brand to Israel’s. It telegraphs to the world that our cultural elite sees nothing wrong with Israel — a message that the country desperately needs at a time when artists are increasingly being called upon to boycott it.

While it’s easy to imagine Leo taking Israel up on the offer (even if it’s just to try to find Bar Refaeli 2.0), it’s harder to imagine others jumping on the bandwagon — or El-Al flight. As Haaretz points out, Best Supporting Actor nominee Mark Ruffalo, who tweeted his support for the people of Gaza during the 2014 war, will probably sit this one out. He might even tweet criticism of the swag bags under the hashtag #Oscarwashing.

But the Israeli marketing move may well appeal to some of the fence-sitting nominees whose politics lie somewhere in between those two actors’. Even if it attracts just a couple of them, that will make it “worth it” from Israel’s point of view.

Part of the reason that buying real estate in the Oscars swag bag is a strategically smart investment for Israel is this: the bags only go to the nominees in the main acting and directing categories. In other words, if you’re getting this free trip to Israel, you’re not just I-directed-an-offbeat-short-documentary famous, you’re I-starred-in-a-major-box-office-hit famous. You’re recognizable — which, for Israel, translates into good photo-ops.

Oh, and one other aspect of those photos? They’re going to be really white. Given the lack of diversity at the Oscars, famously hashtagged #OscarSoWhite, don’t expect to see many actors of color hopping aboard free El-Al flights anytime soon. The photos coming out of this marketing campaign are going to be every bit as white as the skin getting that sweet, sweet “Vampire Breast Lift” treatment — whatever the hell that is.