The death of Justice Antonin Scalia has deprived the Supreme Court and the nation at large of the most forceful, creative and influential advocate of conservative legal philosophy in recent times. In so doing, it has touched off a political and constitutional battle of historic consequence.

Simply put, Scalia’s passing leaves the court evenly divided between four conservative justices and four liberals. The next appointee will determine whether the court remains a bastion of conservative jurisprudence, as it has been for the past generation, or changes complexion and becomes a stronghold of liberalism. Like so much of what Scalia did in his life, the battle over his successor will conducted in flurries of constitutional and procedural language that will mask naked political positioning.

Scalia’s conservatism was more than simple political leaning. He championed a constitutional philosophy known as originalism. He believed and taught that the 226-year-old Constitution must be read exactly as written, that its words should be interpreted as an ordinary person would have understood them at the time of its ratification. He had no patience for its liberal reading as a living document that breathes and grows with changing times and values. And that’s what is at stake in the choice of the next justice: whether the court will retain its originalist majority for another generation or return to the living, breathing spirit that dominated for generations before Scalia joined in 1986. 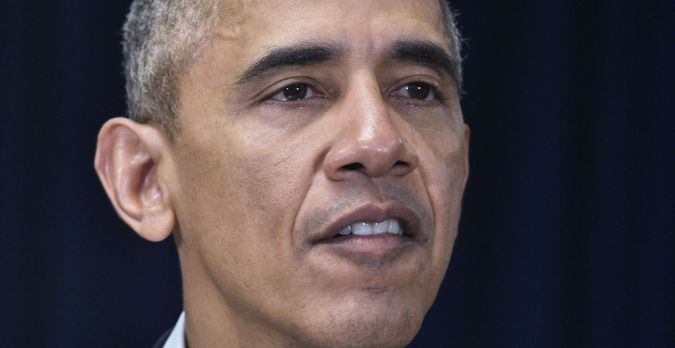 One might have thought that the battle would wait at least for a few days, until the nation had a chance to mourn the passing of the man that everyone agrees was a modern giant. But the Senate’s Republican majority leader, Mitch McConnell, fired the opening shot barely an hour after the justice’s death became known. “The American people should have a voice in the selection of their next Supreme Court Justice. Therefore, this vacancy should not be filled until we have a new president,” McConnell declared.

The senator is aware, of course, that the Constitution gives the American people a voice in the choosing of Supreme Court justices by sending them to the polls every four years to elect a president, who alone is authorized to nominate. The current president was chosen in 2012 for a four-year term that ends in 2017. According to the Constitution, it is the duty of the president elected by the American people to nominate justices — with, of course, the advice and consent of the Senate. Nowhere does it say that a president may act for only three of his four years. To be sure, McConnell has been openly committed to preventing this president from acting from the moment he was inaugurated. Only his excuses for thwarting the president have changed.

Tradition and precedent have long dictated that except in the rarest of cases, the Senate gives the president great latitude in picking his nominee. Announcing in advance that the president’s nominee will be unacceptable, regardless of whom he picks, flies in the face of tradition, precedent and the Constitution itself. It’s hardly what could be called conservatism. Nor is it remotely in the spirit of the originalist version of constitutional governance that Scalia so passionately advocated. In fact, it’s precisely the sort of bomb-throwing radicalism that contemporary Republican like to call conservatism.

It must be admitted, though, that Scalia would have enjoyed the anti-confirmation circus that McConnell has announced. His own originalism often masked a radicalism that could match the most fire-breathing of his fellow right-wingers on Capitol Hill when it suited him. If the outcome was important enough, he could read the Constitution to allow or forbid, demand or reject, depending on the outcome that he and his fellow right-wingers desired.

The best-known case, of course, was the notorious Bush v. Gore, in which the five conservative justices took it upon themselves to choose the nation’s president by arbitrarily halting the recount of Florida votes that was required by Florida law. The decision was such a shameless overreach that the justices themselves took the unprecedented step of specifying in their own ruling that it should not be taken as constituting legal precedent, which is what Supreme Court rulings are supposed to do by definition. They weren’t exactly ruling on what the Constitution required. They were simply choosing the president they preferred.

But that wasn’t the only time Justice Scalia read the Constitution as a flexible, living document rather than a fiat for all times when it suited his political views. Sometimes he was gloriously open about it, as in the case of National Labor Relations Board v. Noel Canning. In 2014 the court ruled unanimously that the labor board had no authority to carry out its duty and defend a union from an admittedly gross violation of labor rights by the bottling and canning company, because the national board had no quorum. The Senate had refused to confirm President Obama’s nominees to the board, so the president had appointed them under his constitutional authority to make so-called recess appointments — interim hires made when the Senate was in recess and couldn’t vote.

The trick was, the Republican Senate had gone home for Christmas without declaring itself in recess. Instead it designated one member to hold pretend meetings for a few minutes every three days, precisely in order to deny the president his constitutional power of recess appointments. The court ruled that the Senate is in session when it says it is in session. Hardly what the Founders had in mind.

But that wasn’t enough for Scalia. In a separate concurring opinion, he complained that the court still upheld the principle of presidential recess appointments, which he said was “unfortunate, because the recess appointment power is an anachronism.” That is, the Founders had created the recess appointment power because in an age of horse and buggy, sending lawmakers home meant a recess of weeks or months, during which the government could be paralyzed if the president couldn’t fill unexpected gaps. Over the centuries presidents of both parties had used the power to make appointments when the Senate refused to confirm. But Scalia wanted to end the whole process and strike down that clause. The Founders couldn’t have imagined an age of jet travel and telecommunications, allowing lawmakers to act in an instant if they wished. Society had evolved, and the Constitution had to grow in order to live and breathe — when it suited his purposes.

Again, in the case of Shelby County v. Holder in 2013, Scalia voted with the majority in the 5-to-4 ruling that gutted the Voting Rights Act of 1965. The five conservatives decided that times had changed since Congress had passed the law and the once-racist jurisdictions that had once required federal oversight in setting their voting rules had outgrown their ancient prejudices. In fact, Congress had reauthorized the law just seven years earlier, in 2006, by an overwhelming bipartisan 333-to-85 margin, following extensive research and hearings. But the five justices felt Congress hadn’t looked closely enough into the hearts of the good people of Shelby County, Alabama, and should vote again on which jurisdictions required oversight in this new century. Congress, having turned Republican in the interim, did no such thing.

And just as the liberals had predicted, the removal of federal oversight promptly touched off a flood of new legislation in state after state where Republicans ruled to create onerous, restrictive voting rules that patently discriminated against minorities, thus disadvantaging Democrats. One might suspect that the court’s conservatives were consciously ignoring their own stipulation from 13 years earlier and extending Bush v. Gore to a national scale.

One could find case after case in which the conservative majority, Scalia included, had voted to suit its views, sometimes finding justification somewhere in the words of the Constitution or in legal precedent, sometimes by deciding that times had changed. In principle it’s no different from the legal and constitutional practice of the liberals. The difference is that the liberals admit what they’re doing. The conservatives wrap themselves in the sober-sounding philosophy that serves primarily to let them unravel decades of social progress in the name of a pretend constitutional piety.

Antonin Scalia helped to lay the groundwork for this radical jurisprudence with a vast erudition, rapier wit and enormous personal charm that livened the court and won him admirers across the political spectrum. Now that he’s gone, his family and the nation should take time to mourn, and then the president and the Senate should get down to their constitutional duty of choosing his successor.