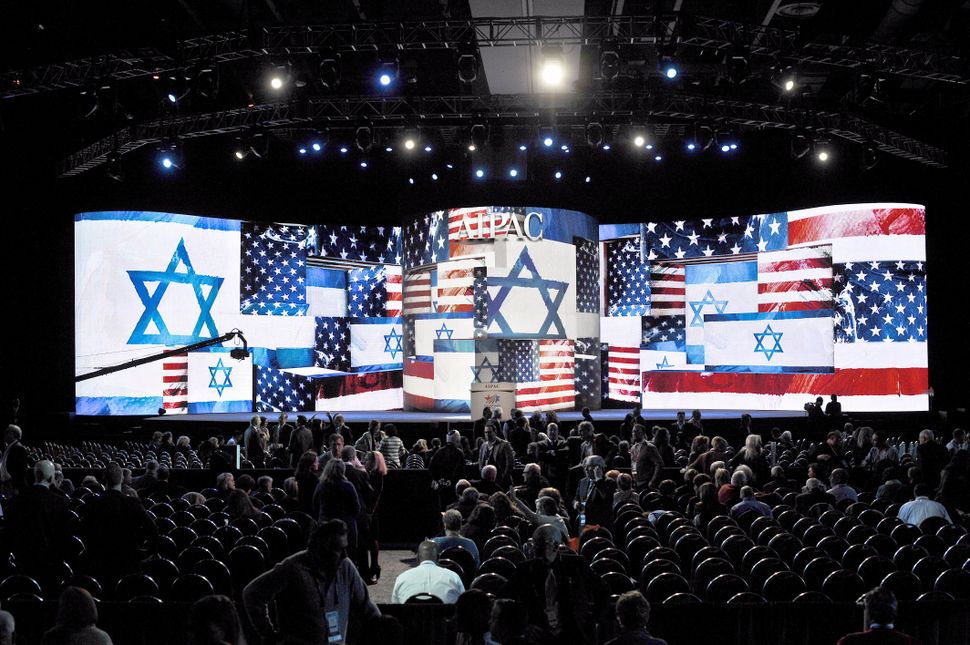 This evening, at the American Israel Public Affairs Committee policy conference, Donald Trump will take the stage, bringing with him messages of hate, intolerance and violence. I will not sit idly by. I refuse to sit, and in that refusal I am united with my fellow rabbis against the politics of hate and its implications. No matter how often or how loudly , we will not be present or silent when this demagogue takes the stage.

There are multiple truths in the world; I acknowledge that my politics could be wrong. I know that I know only what I know. But of this I am sure: We have a choice at this moment in the theater of American politics. We are in serious danger as a society. Trump speaks through a microphone with enormous reach, and history reminds us that the politics of discrimination and bigotry yields disastrous implications and that eventually, there are no exceptions to who is targeted.

I am scared. We all should be. Not just here in America, but all around the world, where America must remain a source of light and goodwill. There is too much on the line for us to allow hate this global platform.

In the context of our American democracy, there are greater truths than the ones only some of us wield. That was the majesty of our Founders’ work, what the great historian Joseph Ellis called their “evolutionary revolution.” More important than the idea that each American is an army of one, we have inscribed on our sacred totems phrases like, “malice towards none; charity for all” (The Lincoln Memorial), “proclaim liberty throughout all the land” (The Liberty Bell), and “people everywhere can have…dignity equality, and freedom for their spirits” (The Martin Luther King Jr. Memorial). To defend human dignity and to oppose hate is not a partisan stance; it is American patriotism in action.

In his seminal essay “No Time For Neutrality,” the great civil rights activist Abraham Joshua Heschel wrote that, “One of the lessons we have derived from the events of our time is that we cannot dwell at ease under the sun of our civilization, nor pretend that man is the least harmless of beings…The only safeguard against [such] constant danger is constant vigilance, constant guidance.”

Certainly, we have endured great disruptions along the brief, yet significant, history of our Republic. We have committed and suffered great violence in the name of our country. We have, at times, repented for wrongs we have committed and at other times, remained willfully ignorant of evils still regnant within our society.

Trump’s words have served to create hate and fear, animosity and anxiety. In his calls to bar Muslim immigration to this country; in his characterization of Mexican immigrants as rapists; in his demeaning and degrading attacks on women; in his peddling of classic anti-Jewish stereotypes; in his refusal to condemn violence in his supporters; in his incitement to violence in those same supporters, including promises to cover legal fees for those who attack innocent protesters, Trump is dangerously and irresponsibly stoking the flames of anger and violence.

In a call for support to our colleagues, my fellow rabbis and I hold to holy words. The Talmud says: “Silence implies consent.” We will not be silent. Let our absence during Trump’s speech be the most eloquent statement that we can make at this time.

We clearly live in a different world than many of us supposed, where latent bigotry, racism and misogyny have found their voice in a presidential candidate whose reckless and attention-seeking conduct threaten the very fabric of our society. Our “more perfect union” is less perfect than we had hoped.

We dare not remain silent. We dare not stand idly by. This is not the time for neutrality, and there is no room for hate.

Rabbi Menachem Creditor serves as the spiritual leader at Congregation Netivot Shalom in Berkeley, California. Founder and cochair of Rabbis Against Gun Violence, he also serves on the board of American Jewish World Service, the Social Justice Commission for the International Rabbinical Assembly, and the Chancellor’s Rabbinic Cabinet at the Jewish Theological Seminary of America.