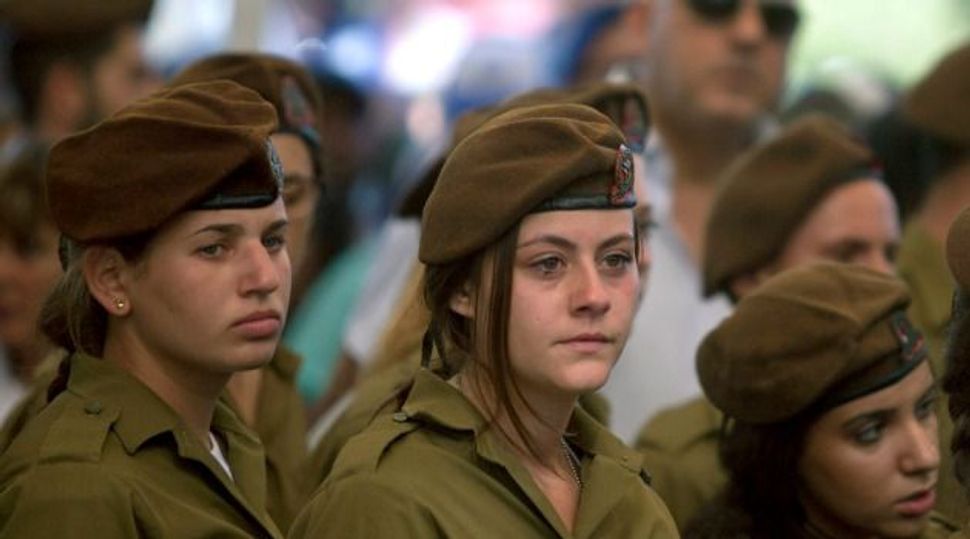 After word got out this past week that J Street U would be hosting the Israeli NGO Breaking the Silence at the Columbia/Barnard Hillel, the eyes of the Jewish world were drawn to our campus. Debates erupted. Many pro-Israel activists called on us to cancel the event. Hillel was accused of abandoning its pro-Israel principles. Despite all this, Breaking the Silence’s Avner Gvaryahu spoke. The audience listened respectfully, and asked him tough and pointed questions. And then everyone went on his or her way.

What did our campus achieve with this event? We demonstrated that we are capable of listening to each other, disagreeing and moving on.

To be clear: We, members of the executive board of Aryeh, the Columbia Students Association for Israel, would never have chosen to host Breaking the Silence. The organization is shrouded in controversy, and while its purported aim — to hold the IDF accountable to its own standards of conducting warfare — is admirable, it has been corrupted by its narrow policy goal of, in its words, ending the occupation. The NGO faces a government investigation that it is divulging sensitive intelligence in its reports and public testimony — a serious charge. Plus, the group’s funding comes mostly from foreign and questionable audiences, suggesting that it is being used to manipulate world opinion against Israel, where support for the military is sky-high.

There is no doubt that Israel’s military operates in a moral way, even in a challenging context. One of us, Jonathan, served as a paratrooper in the IDF. It was his unit that blew up a mosque in Gaza — a moment that graces the front cover of the latest Breaking the Silence report, “This is How We Fought in Gaza.” And as he mentioned while asking a question during the event, his unit did so because there were tunnels running underneath the mosque, and Hamas terrorists had emerged from it, killing two teenage Israeli combat engineers. Of course, none of this is mentioned on the cover, lending the impression that Breaking the Silence seems to regard context and nuance as simply beside the point. Instead, their cover implies that Israel arbitrarily blew up a mosque. These are the sorts of dangerous fictions that Breaking the Silence promulgates.

But at the Columbia Hillel event, Jonathan had a chance to confront this false charge. And the audience, having heard Jonathan’s question, had the chance to see Gvaryahu stumble and altogether fail to answer the question put to him. When presented with the full evidence, Gvaryahu could not defend or explain his organization’s unfair and inaccurate picture of Israeli military policy. If Hillel had decided to ban Breaking the Silence from their building, the event would have taken place elsewhere, and there is no guarantee we would have been able to attend, no less challenge Gvarahu. After all, it is not as if, by refusing to engage with the ideas that trouble us, we can dismiss them from the marketplace of ideas.

We wish all participants in the campus debates over Israel — in fact, all campus debates — recognized the value of open, civil debate and free speech. We may disagree with the way they portray the service of their brothers in arms, but all IDF veterans might actually teach us something about what army service is like, even if it comes wrapped in a package of worrisome characterizations that are, in our view, fundamentally flawed.

Instead of silencing such voices — especially when they affirm that Israel has a right to exist as a secure Jewish state — we have an obligation to hear them, and to counter their inaccuracies. We have a responsibility to offer diverse and accurate perspectives. That is what we are doing at Columbia/Barnard Hillel every day, including this week, when Jerusalem Mayor Nir Barkat will speak on campus. And we expect our campus community to listen to all sides — not to interrupt, not to shout down, not to threaten, not to intimidate.

We are often frustrated that our counterparts refuse to engage in any sort of dialogue with the pro-Israel community. The idea of retreating behind a semi-permeable membrane through which only pre-approved ideas can pass is antithetical to everything for which the university stands. The pro-Israel movement must not mimic this anti-intellectual tactic. If Breaking the Silence is wrong, as we firmly maintain, then to prevent them from speaking is to prevent our students from hearing and recognizing their faulty arguments. Let’s have some faith in the Columbia students to pick out the good from the bad, to adjudicate the right from the wrong.

We proved that it’s possible to listen to Breaking the Silence while confronting them civilly at the same time. We need not silence critics of Israel. If we exclude all voices with which we disagree, we’d quickly find ourselves shouting endlessly into our own echo chamber.

Daniella Greenbaum is a junior at Barnard. She is the president of Aryeh: Columbia Students Association for Israel. Jonathan Deluty is a sophomore at Columbia. He is Aryeh’s political director.