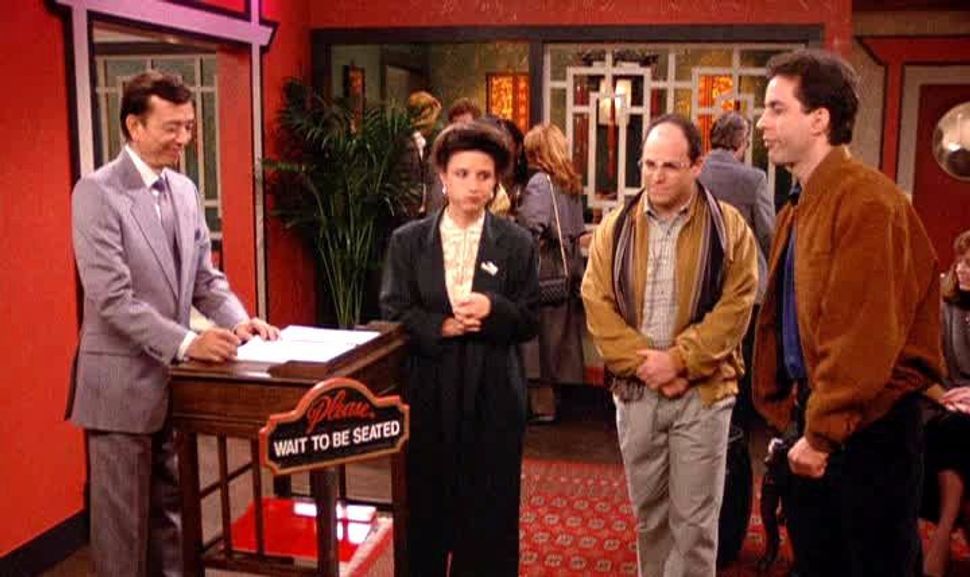 The internet switched this past week from aflutter to full-on rage — the only two gears it has — after Calvin Trillin published a doggerel verse poem on Chinese restaurants, in the April 4 issue of the New Yorker. The poem caused a ruckus, eliciting accusations of clueless white privilege and racism galore.

Readers of the New Yorker know Trillin as a dry, witty and curmudgeonly cultural critic whose articles on food and doggerel verse they skip over as they flip through pages trying to find the next cartoon or David Sedaris piece. It appears, however, that he at least caught someone’s attention with last week’s poem, in which he wryly laments the glory days of good old chow mein after dealing with the pressure to keep up with the succession of new regional Chinese cuisines showing up stateside:

“So we thought we were finished, and then/ A new province arrived: Fukien./ Then respect was a fraction of meagre/ For those eaters who’d not eaten Uighur.”

Writers at Jezebel and other outlets lambasted Trillin as “irrelevant” and “casually racist,” upset that his poem, a take-down of foodie culture, nevertheless used and defended the tired orientalist and exoticist trope that says it’s okay to view other parts of the world as places whose entire purpose it is to provide goods for Western consumption.

But I think the problem is more interesting than Trillin being 80 years old and sounding slightly tone-deaf to a younger generation’s ears.

The surrounding hullabaloo hides something we don’t like to talk about: death. And, more specifically, the growing sociocultural death of Ashkenormative New York-centric Jewish identity.

Trillin — who, like me, is Jewish and hails originally from Kansas City — is in essence a 20th-century “type,” one that Woody Allen describes in “Annie Hall” as: “New York, Jewish, left-wing, liberal, intellectual… with the Ben Shahn drawings.” When we consider people of this type now, we may agree with their messages, but their references and contextual trappings don’t jibe with our current worldview.

Trillin’s choice of the Chinese restaurant is telling: This kind of restaurant was something of a secular Jewish meetinghouse for 20th-century Ashkenormative Jewish culture.

Not ten years ago, the premise of the Chinese restaurant would have been apt; Chinese food would still have rung true as a symbol for secular Jewish New York trends. But, even then, we would have had another problem to contend with…

As many anthropological studies in the early 1990s pointed out, the Ashkenazi Jewish obsession with Chinese food is, in part, based on racism and bad behavior.

Jews flocked to Chinese restaurants, so the theory goes, because they were safe places that allowed for the consumption of “safe treyf” — places where proscribed foods like pork and shellfish could be eaten because, chopped up beyond recognition and hidden by gloppy corn-starch-laden sauces, the food was unrecognizable and could be whatever the diner desired it to be. Chinese restaurants were also a liminal space where the worst possible racist, rude and uncouth behaviors could be practiced. Chinese waiters could be mocked to their face. My own bubbe (and many other bubbes, I’m sure) would grin with great delight as she asked the waiter for “flied lice.” In other words, Chinese food is synonymous with behaving badly in Ashkenormative culture.

I don’t think Trillin’s poem is taking into account the full meaning of Chinese restaurants in New York Jewish culture. But, if we give him the benefit of the doubt, the darker subtext of “safe treyf” enriches his poem tenfold.

Indeed, this seems to be the direction the Wall Street Journal’s Tim Carman takes in coming to Trillin’s defense. “Trillin’s attackers could learn from his ability to hold more than one thought at a time,” Carman wrote.

Perhaps he’s right. Perhaps not. Either way, there’s no denying that the poem still rings somewhat tone-deaf and that its author is writing from another cultural age.

After all, who even goes out for Chinese anymore? It’s all about Seamless now.

Andrew Dubrov is a writer who analyzes cultural shifts in media. He is currently completing a doctorate on French travel literature.