Why Am I Irrationally Worried About Kitniyot? 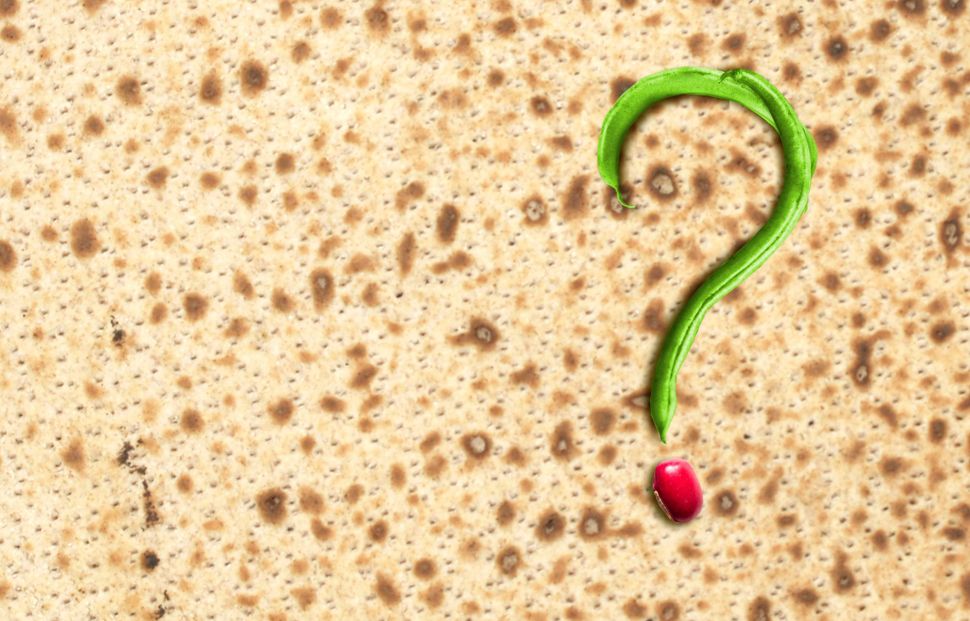 The grand Passover themes of slavery and freedom resonate deeply nowadays, in the pleading eyes of Syrian refugees and the plight of the homeless on our streets. So I’m embarrassed to admit that what’s keeping me up at night is a Passover quandary much more mundane: whether to serve string beans at my Seder.

My anxiety is prompted by a recent, barely noticed decision by the Conservative movement of American Jewry. With its impeccable sense of timing, its rabbinic committee chose last Christmas Eve to quietly approve a ruling allowing Jews of European descent to eat kitniyot — rice, beans and legumes — on Passover.

That the movement didn’t publicize this change may reinforce the impression that it’s a trivial step. It’s not. For those who care, the new dictum goes to the heart of what it means to be a modern Jew, to try to balance law with custom, family tradition with accessibility, Israeli culture with American norms, rationality with strict obedience.

It’s put me in a conundrum. I’m not a strictly halachic Jew, and I don’t fashion my behavior and beliefs according to these painstakingly arrived upon rulings. And yet there’s something about this particular, nonbinding rabbinic dictum emanating from a process I respect that is making me confront my irrational, contradictory attitudes toward what I put on my Passover plate.

This would be a simple matter if I were Sephardic or Mizrahi and my family came from the Iberian Peninsula, North Africa or Arab countries, where Jews have always eaten rice and beans on Passover. But I’m not.

Nor was I raised in a kosher home shaped by the Ashkenazi predilection to add ever more to the long list of things you cannot do — in this case, foods you may not eat on Passover. Though they both came from observant homes, my parents as adults rejected the dietary laws as backward and irrational. To prove the point, I remember my father recalling how, weeks before the holiday, representatives from kosher food companies would visit his father’s little grocery store in the Bronx and slap “kosher for Passover” labels on goods already on the shelves.

Was this true? It didn’t matter. The story fueled our impression that Passover designations were an expensive ruse. Instead, in my childhood home we simply banished bread, ate matzo sandwiches and acquired a cynical regard for the false trappings of religiosity.

But I always wanted more, and found it as an adult. The piercing moment for me occurred during Passover 1982, when my husband and I were in the Soviet Union on a private journey to meet with Jewish refuseniks. I will always remember encountering Lev Elbert one evening in Kiev, just as he arrived home from work, famished. A bear of a man, he had forgotten to bring his kosher food with him and had not eaten all day.

My God, I thought. This brave Jew is sacrificing for rules immeasurably easier for me to follow. What was my excuse? From then on, I committed to join him, if only to act in solidarity.

This drive to connect — to ancestors, to other Jews — is a powerful motive, at Passover especially. But the kitniyot conundrum exposes its inconsistencies. Connect with whom? Given the massive disruption of European Jewry in the 20th century, some of us have no idea of our forebears’ practices and can only imagine what was served at their Seders, if there were Seders at all.

Now, as the Jewish center of gravity shifts to Israel, where most consume kitniyot, there is further incentive to drop the distinctions that prevent us from feeling like one people. Creating a common diet on Passover may be one small way of overcoming the cultural, racial and religious fissures between Israelis and the Diaspora, Askenazim and Sephardim.

And then there is the rationality argument. If we believe in a Judaism “unencumbered by unneeded prohibitions,” as Rabbi David Golinkin wrote in the Conservative ruling, there is further reason to stop banishing beans and rice: It makes no sense anymore.

Golinkin’s ruling demonstrates that the historical justifications — there are nearly a dozen — do not hold up to scrutiny in a modern context. Plus, as the ruling notes, it’s healthier, easier and cheaper to focus on eliminating the five grains specified in the Bible during Passover.

Still, questions nag. As distinctive practices in Judaism diminish, I wonder what will be left behind or forever lost in the homogenizing process. How responsible am I for maintaining traditions that I only recently reclaimed?

And on a gut level, how will it feel? The burden of Passover is also its beauty — we eat differently that week, more simply (at least after the Seders), more attuned to absence and sacrifice. By the sixth day, matzo does, indeed, taste like the bread of affliction, but that’s precisely the point. Will it still feel as meaningful if it’s slathered with peanut butter?

I polled my children; I polled my guests. Everyone is fine with kitniyot on the table. I have no reason to resist, and I won’t anymore. But I’m leaving behind something ineffable. Perhaps that, too, is the meaning of Passover.

Why Am I Irrationally Worried About Kitniyot?