New Comedy ‘Activist’ Tackles Israel Divestment on Campus — But Is It Funny? 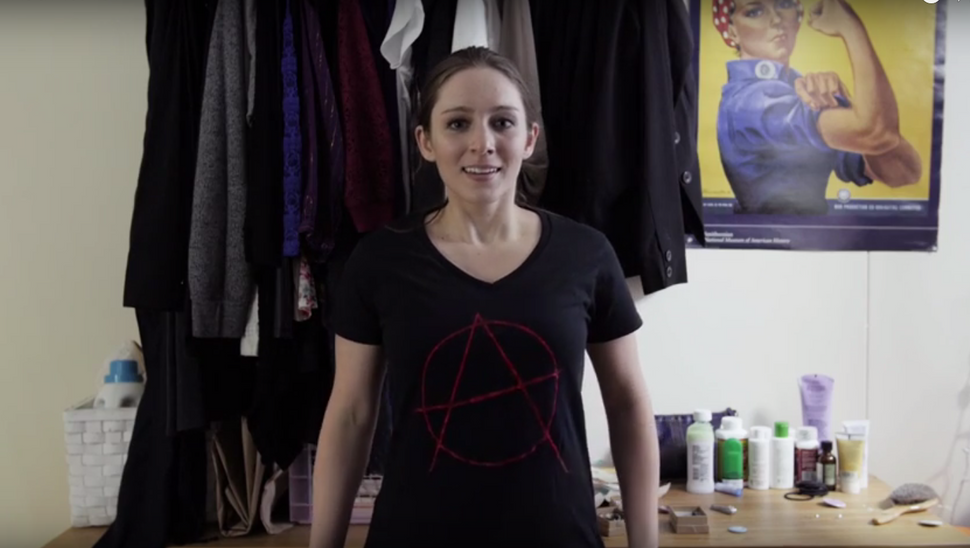 Campus activists who work on Israel-Palestine — particularly Jewish ones — are both busy and tense. On one hand, Israel’s deepening occupation and the Israeli government’s current obsession with combatting BDS are natural fuel for the activist fire. On the other, the attempts by the Jewish community to marginalize those who don’t toe the party line and to excommunicate those who stray even farther from it have placed these activists in a defensive mode. And then there is the longstanding challenge of breaking through the apathy of your peers while getting your issues placed high on the campus agenda.

Enter a new comedy web series that attempts to lighten the mood.

The show, “ac’tiv•ist,” which takes the form of six ten-minute episodes, is about students — Jews, Palestinians and others — jumping into the fray of campus divestment-from-Israel campaigns. Written and produced by students who have been involved in UCLA’s divestment campaign and in Open Hillel, the show’s creators attempt to turn a lens on…themselves.

While seasoned writers tend to counsel emerging artists to “write what you know,” translating your own experience into audience-worthy material is necessarily challenging. Judging from the first episode, the show is more earnest than ironic; more chronicling than cutting. And don’t expect the solid production values of other Jewish-themed web shows like “YidLife Crisis” or “Avi Does the Holy Land.” The pacing of “ac’tiv•ist” could be quickened, its sound and light sharpened, and its script tightened.

Still, there’s enough self-effacement in what can often be a life phase brimming with self-righteousness to suggest that the series will be worth a closer look. The show certainly raises questions worth asking. How do hearts and minds get changed across political audiences? And what are the challenges that activists face — from allies, adversaries and even from their own parents?

Most importantly, the show might help spur a much-needed conversation among those on all sides of the BDS pentagon: including those who promote wholesale BDS, those who favor settlement boycott only, those who are sympathetic to economic pressure but oppose academic boycotts as a matter of principle, those who oppose BDS but are committed to other anti-occupation activities, and those — farther afield — who see the fault of the ongoing Israeli-Palestinian conflict as residing squarely with the Palestinians.

Good comedy can generate dialogue. And with dialogue in short supply these days, hopefully “ac’tiv•ist” can shake viewers out of complacency and toward collective solutions, whatever they may be.

New Comedy ‘Activist’ Tackles Israel Divestment on Campus — But Is It Funny?