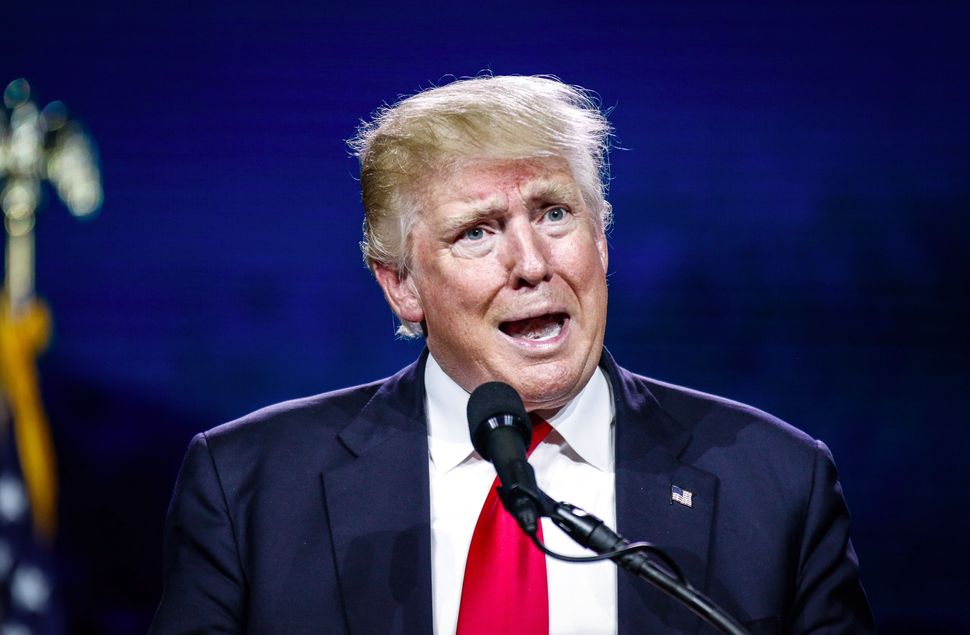 Is Donald Trump a committed anti-Semite? I don’t think so. This is a man who is exceptionally proud of his daughter, a traditional Jew who is giving her children a solid Jewish education. His son-in-law, upon whose advice he increasingly leans, is an Orthodox Jew. This is not the profile of an anti-Semite. I also think that the comparisons between Trump and Hitler are way over the top.

But he may, in fact, represent something far more dangerous. He may be what I call “the inadvertent anti-Semite” — the person who, while not a hater of Jews, has internalized some of the most pernicious stereotypes about Jews.

Consider Trump’s tweet last week featuring an image of Hillary Clinton in front of piles of money with a six-pointed star next to her; emblazoned on it were the words “Most Corrupt Candidate Ever.” Originating with a group that has a long history of posting racist, anti-Semitic messages, it was intended to associate Clinton with crooked Jews. Some people have surmised that this image was posted by some underling and escaped the attention of higher-ups in the campaign. But it’s hard to believe that a lowly staffer would have access to Trump’s Twitter account.

Notably, both Trump and his spokespeople insist that there really is nothing wrong with the image — the star could have been a sheriff’s star. Why then did they change it to a circle? You don’t change something that you believe is perfectly acceptable.

This incident becomes more disturbing when we place it in context with other developments associated with his campaign. Trump has attracted the enthusiastic support of anti-Semites. Many Jewish journalists and bloggers who have criticized him have been inundated with anti-Semitic attacks. One woman who wrote about Trump’s anti-Semitic followers bought a gun to protect herself and her young children after being severely threatened by Trump supporters. A Jewish reporter who wrote an article for GQ about Melania Trump’s family was bombarded with anti-Semitic threats and images, including one of her face superimposed on that of an Auschwitz prisoner. When asked about the attacks, Trump ignored the question and said he “heard it was a nasty article.” When asked again whether he had a message for those posting these attacks, he said he had none. He was essentially using a dog whistle to signal to them, intentionally or not, that their comments and threats were acceptable.

Trump is like a drug dealer who sells the stuff and urges others to use it, while he never touches it himself. Because he is not an anti-Semite, he fails to grasp that he is engaging in traditional anti-Semitism.

Just think back to Trump’s speech at the Republican Jewish Coalition — a speech that left the audience reeling. “Is there anyone in this room who doesn’t renegotiate deals? Probably 99% of you [do renegotiate]. Probably more than any room I’ve ever spoken in…. I’m a negotiator, like you folks.” And then: “But you’re not going to support me because I don’t want your money… You want to control your own politicians.”

In those few sentences, Trump hit upon almost all the memes that have characterized anti-Semitism for millennia: money, power, control, haggling and deviousness (renegotiating a deal after it is made). Modern anti-Semitism casts the Jew as someone of inordinate power with the nefarious skills to bring down governments, control financial systems and create genocidal myths about their own destruction.

Anti-Semitism is different from racism, which casts people of color as inferior and — because of their supposed ability to “pollute” the race — dangerous to whites. Anti-Semitism is classic conspiracy theory: The Jew is superior and capable of unimaginable evil.

But anti-Semitism’s phantasmagoric quality does not stop it from being accepted as true by scores of people, especially when it comes from someone who does not look or act like an anti-Semite. Were a KKK leader to say such things, we would ignore them as the ravings of a known hater. But when a man of stature and a candidate for president says it, some people are inclined to think there is some truth behind it. Others, who already hold these beliefs, feel validated by the comments.

When confronting racism and anti-Semitism, there is only one acceptable response. It’s not “no comment” or “I don’t know anything about David Duke.” It’s unequivocal condemnation.

Trump may abhor anti-Semitism, but, however unconsciously, he instrumentalizes it and spreads it. Then he doubles down to defend doing so.

Even if a candidate’s fiery rhetoric and more outrageous actions eventually fade from memory, they leave a legacy behind. In Trump’s case, that legacy may well be about enabling and legitimizing Jew hatred.

Deborah E. Lipstadt is the Dorot Professor of Modern Jewish History and Holocaust Studies at Emory University, and a contributing editor at the Forward. She is currently writing a book about contemporary anti-Semitism.