No, Bernie Sanders Did Not Sell Out by Endorsing Hillary Clinton — Just the Opposite 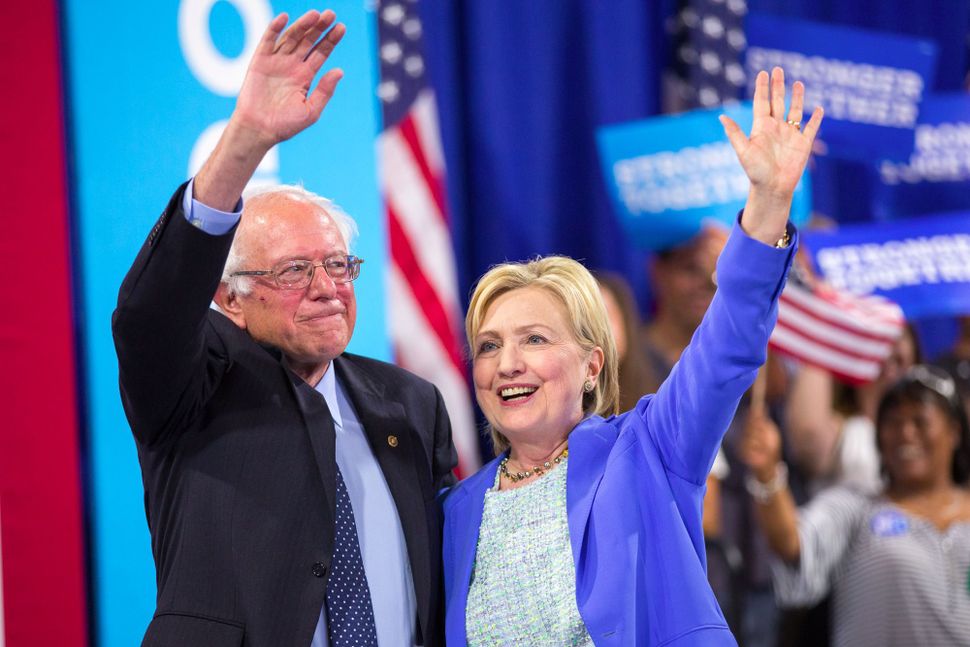 Did Bernie Sanders sell out by endorsing Hillary Clinton? Some of his more ardent followers seem to think so. They’ve accused him of compromising his values, of going back on what he claimed to believe in, and of throwing his lot in with the enemy.

For those who believed a Sanders presidency was the only way forward, clearly his endorsement equals selling out. From that point of view, even if he wasn’t going to get the Democratic nomination, and even if running as a third party candidate was ultimately unrealistic, he should have stood his ground and not endorsed Clinton. For those, including myself, who have significant issues with a number of Clinton’s policies, this idea has emotional appeal and resonance. It’s understandable to want a hero who makes grand romantic gestures.

But viewed from a stance that takes the reality of our situation, whether or not it was the situation we wanted, into account, you can argue that Sanders’s endorsement ultimately is in service of the greater good, more so than the symbolic gesture of not endorsing Clinton would have been.

The reality of our situation is that Sanders would not have won the Democratic nomination. Had he won the Democratic nomination, he very likely would not be electable. And had he continued campaigning against Clinton, he would have siphoned away from her some very valuable votes. Even if this did not outright cause Donald Trump to win the presidency, it would definitely cause Clinton to move to the right in an attempt to appeal to Trump’s voters.

Instead, Sanders calculated, and he effected the greatest change possible given his situation. For weeks, he has dangled his endorsement — and the threat of its absence — in front of the public and the Clinton campaign. He understood that it was valuable, and he bargained accordingly.

In order to win his endorsement, Clinton made significant policy changes in education (including a promise to make tuition at state universities free for the vast majority of students), the abolition of the death penalty, a $15 minimum wage with adjustments for inflation, and a limited but still meaningful expansion of Obamacare. Although issues such as fracking, hawkish foreign policy and Clinton’s refusal to break up the big banks remain untouched and problematic, these gains are significant. Had Sanders held out for a symbolic campaign, they would likely not have come about.

Importantly, Sanders stressed during his speech that the fight cannot and will not end here. He reminded the public of the importance of state and local elections, all too often overshadowed in presidential election years, where the more immediate policy decisions that impact the everyday lives of Americans are made. He called for the continuation of the momentum toward change that his campaign inspired, through the election of state and local candidates with ideas that, before Sanders, may have seemed too radical or leftist to pass. A key passage from his speech highlights that call:

Election days come and go, but political and social revolutions that attempt to transform our society never end. They continue every day, every week, and every month in the fight to create a nation of social and economic justice. And that’s what this campaign has been about over the past year. That’s what the political revolution is about, and that’s why the political revolution must continue into the future. Our vision for the future of this country is not some kind of fringe idea. It is not a radical idea. It is mainstream. It is what millions of Americans believe in and want to see happen.

It’s important to remember that the status quo is not enough and that we should never kowtow to it. Jill Stein continues the symbolic, ideologically “pure” end of that: She can continue to represent the ideological refusal to step down and can offer an unhampered voice of criticism against establishment problems.

But on an ideological level, what Sanders’s campaign did was to set a precedent for further change, even if it’s more incremental than people like me might like. What his endorsement — or, rather, his bargaining process — did was to show that the move toward more progressive policy is well supported and will have to be heeded if the Democratic Party is to survive and thrive. When you consider those gains, the millions of Americans they will help, and the future progressivism they may inspire, you can see that Sanders was arguing a mahloket l’shem shamayim all along — up to and including his endorsement.

No, Bernie Sanders Did Not Sell Out by Endorsing Hillary Clinton — Just the Opposite