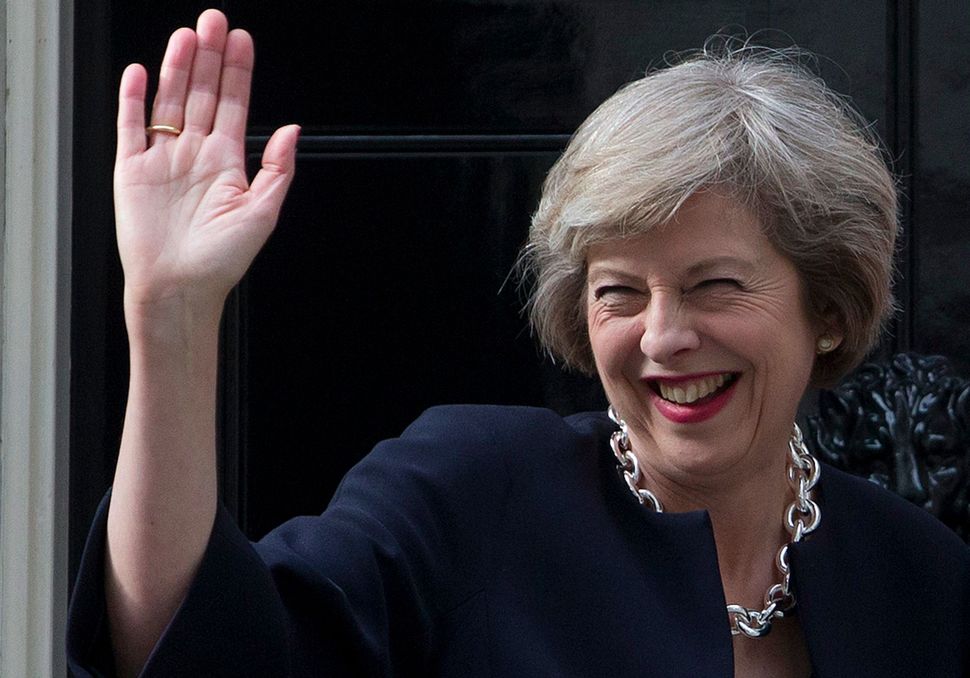 It’s official: Theresa May has been confirmed as Britain’s next prime minister in the wake of David Cameron’s departure. Already the think pieces are pouring in, offering opinions and predictions about the woman who will lead the U.K. into its post-Brexit reality.

In the Jewish press, per tradition, these pieces are focusing largely on what sort of a prime minister May will be for Israel. The speculation — and it is speculation, as the former Home Secretary has not been previously involved in foreign policy — generally predicts that May will be “good” for Israel, citing a visit two years ago that left her “enthusiastic,” as well as the fact that Israeli Prime Minister Benjamin Netanyahu is heartily supportive of her appointment.

Beyond the notion that “good for Israel” implicitly means “supportive of, or at least not in opposition to, the increasingly right-wing government and the occupation” — a problematic assumption in and of itself — it’s curious and, frankly, frustrating that the Jewish response to any political appointment is to ask how the politician will relate to Israel.

What about how she relates to Jews in the actual country she’s now the prime minister of, over whom she has actual legislative power?

This is especially true in the case of May, who, as I mentioned, has no real track record when it comes to Israel, but who does have a remarkable relationship with the British Jewish community.

Haaretz’s Anshel Pfeffer is right to call her “probably the most Jew-friendly prime minister in British history.” May has made great efforts to connect and communicate with the British Jewish community. As the head of the M15 police force during her tenure as Home Secretary, May allocated funds and resources to ensure the security of Jewish schools, synagogues and other communal spaces in the wake of anti-Semitic flare-ups. After the Paris attacks of January 2015, May vocally and adamantly supported the Jewish community, stating, “Without its Jews, Britain would not be Britain.”

In an increasingly xenophobic Britain and an increasingly anti-Semitic Europe, having a British PM who is so supportive of British Jews is far more important than any stance she could hypothetically take or not take on Israel. Why, then, is her stance on Israel the focus of most Jewish journalism and Jewish lay conversations about her appointment? We need to carve out more space in the Jewish narrative for things other than a person’s existence in relation to Israel. If you ask me, a politician’s domestic policies are way more important.