Rabbi Haskel Lookstein, How Can You Shill for Donald Trump at Republican Convention? 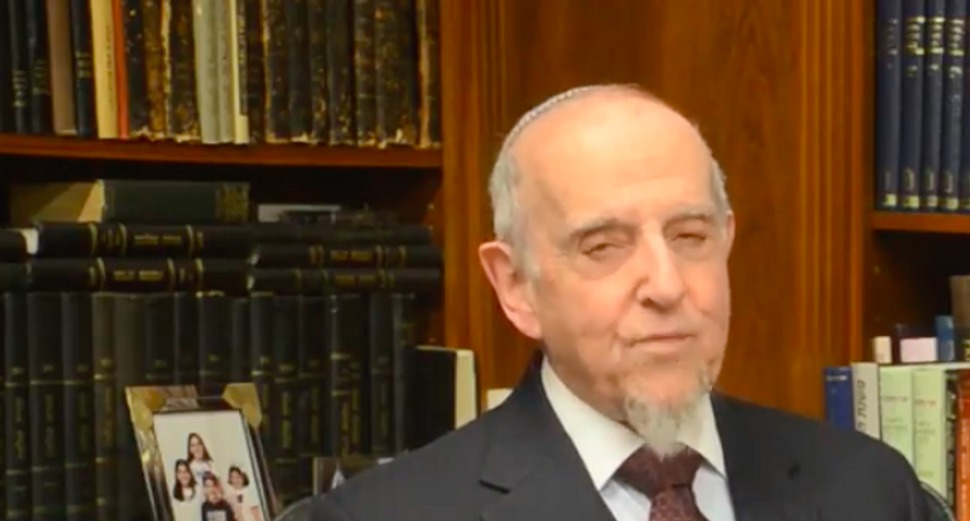 I was spending my five free minutes on Facebook when I saw my younger daughter’s posting. “Seriously? This is embarrassing…” She was referring to the July 14 article in the Forward, “Donald Trump Taps Ivanka’s Rabbi Haskel Lookstein for GOP Convention.”

Our daughter had attended Ramaz High School, also known as the Joseph H. Lookstein Upper School, named after Rabbi Haskel Lookstein’s father. Our family had chosen the school for our younger daughter, based on the principles which were recounted in our first visit there. They were a place, they said, that stood for “K’vod Habriyut,” or respect for the dignity of each individual. They encouraged their students not only to pursue academic excellence, but also “midot,” good character. Their goal, they said, was for their students to become “menschen” individuals who knew the difference between right and wrong and would stand up, despite obstacles, for what was right.

Checking on the website just now, I see they currently claim to foster “intellectual honesty, a spirit of objectivity, respect for diversity of views, as well as the equality and dignity of all people.”

And so it is particularly painful to see that the man who had been our daughter’s high school principal, the respected Rabbi Haskel Lookstein, has agreed to give the invocation at the upcoming Republican National Convention. Yes, I know that he is the rabbi for Ivanka Trump and her husband, Jared Kushner. And yes, I know that he was the rabbi who supervised the conversion process for Ivanka. I am glad if they have developed a close and meaningful spiritual relationship.

But I feel both shock and shame that this incredibly intelligent Jewish leader would choose to promote a candidate whose major speeches are filled with one of the cardinal transgressions of Judaism, that is promoting causeless hatred, known in Hebrew as “sinat chinam.” Trump’s own words portray an attitude towards women, minorities, Muslims, the disabled and immigrants which show flagrant disdain and contempt, certainly not the respect and dignity that Rabbi Lookstein himself has taught as the aspiration of Judaism.

This past week, we took my grandchildren to visit the Statue of Liberty and Ellis Island. We looked for their great-great grandparents’ names on the Wall of Honor, a wall which is dedicated to those who had come to America through Ellis Island. You see, my grandparents were immigrants too. And they helped to make this country great. And there is a wall to honor them, not to keep them out.

I am writing this post hoping that other Ramaz alumnae or their family members will collectively rise up to let Rabbi Lookstein know that this speaking engagement is not befitting him. As Elie Wiesel, the moral compass for my generation, so brilliantly wrote, “In any society, fanatics who hate don’t hate only me. They hate you too.”

Nechama Liss-Levinson, Ph.D. is a psychologist in private practice and has blogged for The Forward.

Rabbi Haskel Lookstein, How Can You Shill for Donald Trump at Republican Convention?