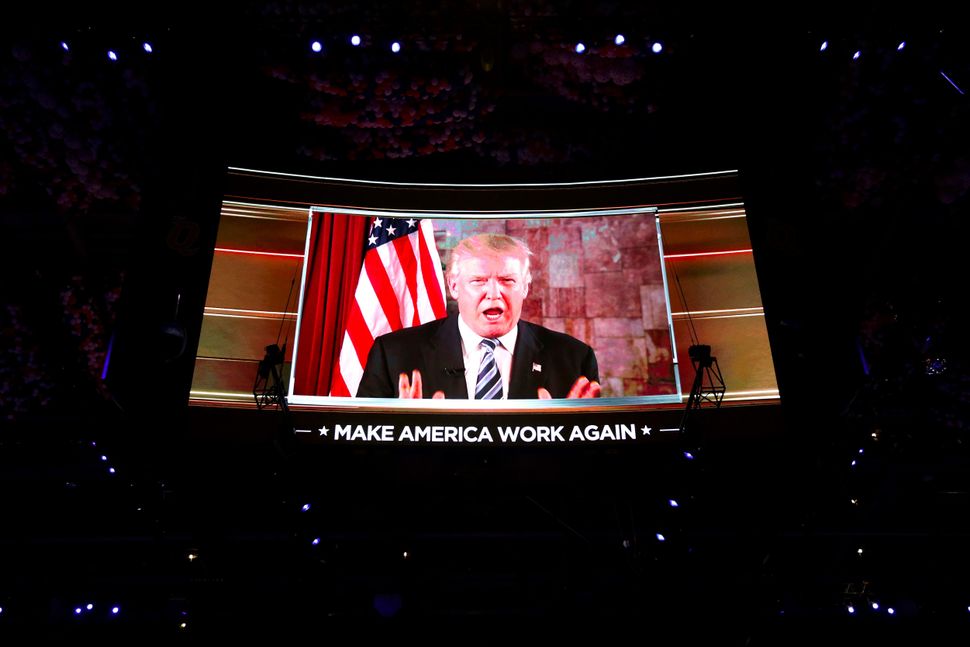 It’s been a heck of a ride these past few weeks: Orlando, Dallas, Nice, Baton Rouge. We’re scared and we’re angry, and we don’t know what lies ahead. It’s no wonder the Republicans in Cleveland devoted their opening night to the theme “Make America Safe Again.” That’s been their brand for years. This should be their time.

Unfortunately for them, and for us, their timing is off. How do they propose to make America safe again? After hours of speeches, we haven’t a clue. And if the public mood is evidence, we don’t much want to know.

Note that our list of atrocities includes only the most egregious, ideologically motivated mass killings occurring in our own backyard since Memorial Day. To grasp the full scope of our fear and anger, consider also the police shootings of Philando Castile in St. Paul and Alton Sterling in Baton Rouge. Then, too, simple humanity might prompt you to recall the Muslim-on-Muslim mass murders that we hardly even notice anymore: 41 dead at Istanbul Airport; 22 in Bangladesh; 292 in Baghdad, and numberless dead in Syria. All in just the past month.

And we haven’t mentioned the gruesome June 18 attack on German railway passengers by an ax-wielding teenage Afghan refugee. You might have missed it, since it happened during the Republicans’ opening session, too late to make the evening news.

In a better world, we all would have gathered around our television screens to consider the merits as one of America’s two great political parties presented its ideas on how to “Make America Safe Again.” But this is not a better world. And there were no ideas on offer.

What we got instead was a barrage — unsurprising, but still somehow appalling and at times nauseating — of finger-pointing, vilification and emotional manipulation. Endless demonization of the usual suspects, of Hillary Clinton, Barack Obama and the familiar Trump rogues’ gallery of religious, racial and ethnic minorities. No hint of what should be done about it all, other than to demand that we name names and put Clinton in jail.

Hatred, in fact, seemed through much of the convention to be the Republicans’ dominant theme for 2016. They disagree on foreign intervention, on trade, on taxation, perhaps even on abortion and gay and lesbian rights. But they agree that the Democrats are traitors and that Clinton belongs in prison.

The nature of that hatred should alarm us. What stirred the delegates’ passions and brought them to their feet over and over was not hatred of America’s enemies — not the Islamic State group or the Taliban, not Iran or Putin’s Russia. The main target wasn’t the enemies that aim to make America unsafe. No, the driving emotion from the podium and the convention floor was Republicans’ hatred of their fellow Americans in the rival political party.

For a party that prides itself on patriotism and support for the military, this emotional displacement, this misidentification of the enemy, is seriously confounding. For a major political party in a great democracy, this rejection of the opposition’s very legitimacy is frightening.

Of course, this demonizing hatred isn’t new. We’ve seen it grow over the decades, beginning in talk radio, then going mainstream on Fox News and eventually, in the Obama era, moving to the halls of Congress.

That said, it’s one thing to hear this gutter hatred in the ravings of a broadcaster; it’s another thing altogether to hear it shaking the rafters in a packed arena where one of our two major parties is holding its official nominating convention.

When a conservative senior statesman like former New Hampshire senator Gordon Humphrey, onetime chairman of his state’s Conservative Caucus, can liken the behavior of his own party’s convention delegates to “brownshirts” who “act like fascists,” it’s time to admit that our politics have gone off the rails.

Republicans frequently contend that demonization takes place on both sides, that both parties are equally guilty and that ugly political rhetoric has been the norm since the birth of the Republic. They’re wrong. Yes, rough language has salted our political campaigns since the days of Thomas Jefferson and John Adams. Candidates have called each other philanderers and godless scoundrels. Franklin Roosevelt was called Rosenfeld the Socialist. George W. Bush was derided as a witless bumbler who couldn’t find the White House restroom. Politics is a contact sport. We know that.

Only rarely, however, has a major political party accused the president or his allies of treason, of siding with America’s enemies to destroy the Republic. Once there was Joseph McCarthy. Now there’s Donald Trump.

McCarthy waved about lists of supposed communists infesting the State Department. Trump insists on live television, without evidence, that there’s “something going on” — something nefarious — in the president’s response to domestic terrorism. 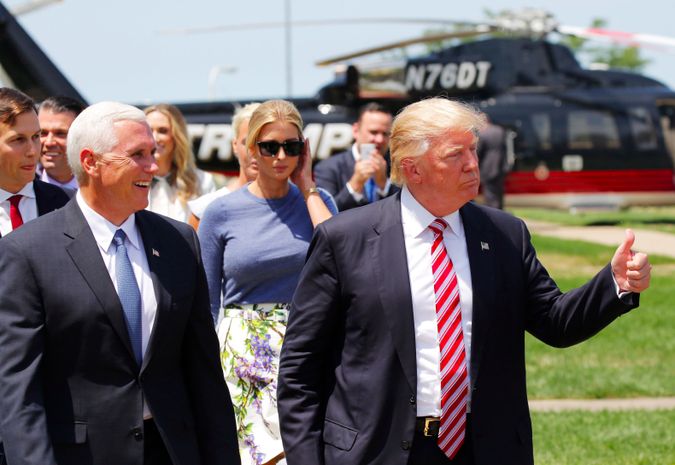 Well then, how would Trump respond to terrorism? The truth is that we don’t know, because he doesn’t know. One moment he’s boasting that he understood early on the folly of invading Iraq in 2003, insisting that Clinton’s support for that war is Exhibit A proving her fatal lack of judgment. The next moment he’s nominating Mike Pence, a leading supporter of that war, to be his running mate, while his surrogates mount the convention stage to insist that America must “take the war to the enemy.” But what can it mean to take the war to the enemy, if not sending troops to the enemy’s home bases, for yet another unwinnable war?

The baleful truth is that there are no clean answers. We’re living at a time when religious absolutes rule the airwaves. When a billion people here find the behavior of a billion people there to be intolerable, and thousands are willing to die over it. When terrorism is increasingly the act of an individual with a smartphone and a Wal-Mart assault rifle, beyond the reach of even the most sophisticated, intrusive surveillance systems.

The obvious truth is, as French Prime Minister Manuel Valls said during a July 15 memorial in Nice, the day after the truck atrocity, “Times have changed, and we should learn to live with terrorism.” He was stating the obvious: There is no single enemy, no central address, nothing but a foul mood of worldwide impatience, armed to the teeth.

Valls was, of course, booed by the crowd. They didn’t want to know.