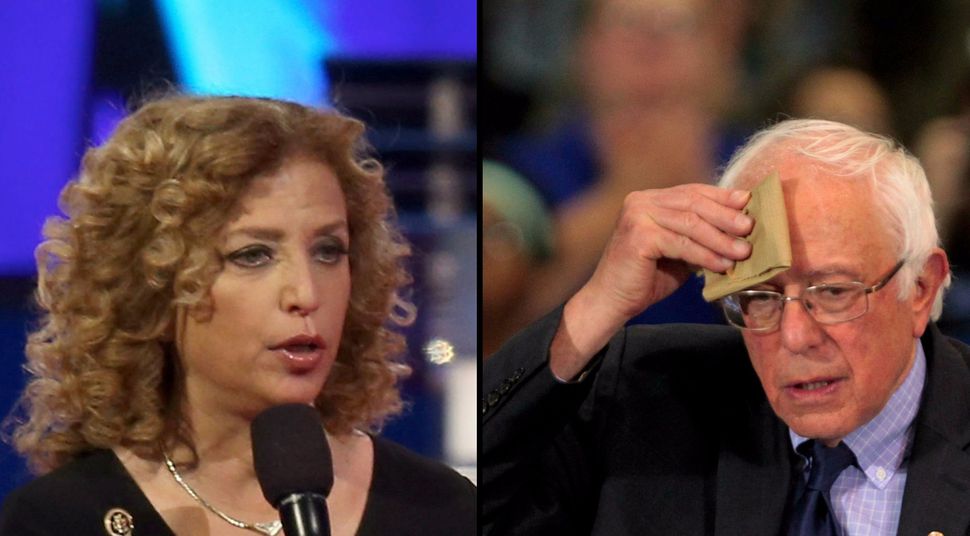 I don’t know Debbie Wasserman Schultz, who was just forced to resign as the head of the Democratic National Committee, but I always secretly identified with her. We are both ambitious New York-born Jewish women of modest height and outsized energy, with three children — and very curly hair.

But I’d like to believe, especially now, that the similarities end there.

Her ignominious resignation on the eve of what ought to have been her great triumph — a woman leading a convention about to nominate the first woman with a genuine chance to become president — was tragic in a way, absolutely necessary and utterly avoidable. Wasserman Schultz was done in by her own bad work: overseeing an operation that was supposed to be neutral in the longer-than-expected Democratic primary, and clearly wasn’t.

I won’t cry over her fall from power. And, frankly, I hope that the DNC staff members who wrote nasty things about Bernie Sanders and annoying donors and other unacceptable messages revealed in email leaks also lose their jobs, right away.

What they did was wrong. And dumb. But was it anti-Semitic?

That’s the allegation lodged against Brad Marshall, the chief financial officer of the DNC and the one who suggested that “he” — obviously Sanders, though his name isn’t mentioned — be asked about his religion in states like Kentucky and West Virginia.

“I think I read he is an atheist,” Marshall wrote in the email. “This could make several points of difference with my peeps. My Southern Baptist peeps would draw a big difference between a Jew and an atheist.”

In the strict sense, Marshall is correct. In past elections — and operatives always seem to be running the last campaign — Sanders’s disdain for organized religion, his tenuous connections to Judaism and Jewish life, would not have played well in many parts of this country, should he have been chosen to lead the Democratic ticket.

Sanders never denied that he was born Jewish, but he never embraced it either, and at times he seemed to flee from it. His social justice bent is a notable Jewish value — but it’s shared by plenty of adherents to other faith traditions, and you rarely heard Sanders express it in direct Jewish language.

This should never have been disqualifying — Sanders’s brand of secular Jewish identity is shared by many American Jews — but his supporters were fooling themselves to believe that it wouldn’t have made a difference in a general election. Being an atheist remains one of the biggest liabilities that a presidential candidate can have. When pressed earlier in the campaign, Sanders said that he believed in God, but not in any traditional way, and in the absence of any other sort of public religious identity, it’s understandable that he’d be slapped with the “atheist” label.

But looking at the larger picture, Marshall was indeed not only wrong, but out of step. One of the unexpected features of this presidential election campaign has been how certain candidates have become successful despite having little or no faith component to their character.

Donald Trump is, of course, Exhibit A. The thrice-married, admitted adulterer who made a fortune on gambling and whose language is R-rated nonetheless has the support of four out of five white evangelical Christians

Sanders may be Exhibit B. Absent an ugly email or two, his religion, or lack thereof, was rarely mentioned during the campaign — a testament, perhaps, to the strength of his message but also to the changing expectations of the American electorate.

Marshall’s email was, in my opinion, a fire-able offense, and to think that it occurred under Wasserman Schultz’s watch made it even more distasteful. One would have hoped that a Jewish DNC head would have created a work culture that would look beyond using religion, or the lack thereof, as a political tool. And it may become increasingly irrelevant, anyhow.