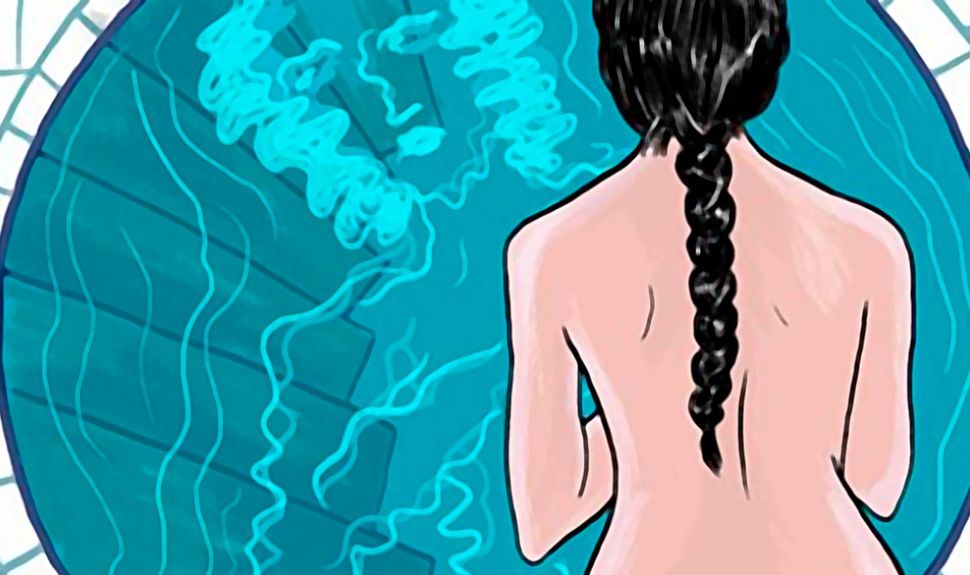 As a woman who underwent Orthodox conversion, I was livid when I read about the controversial Israeli bill that was formally passed into law July 25. The bill allows local Orthodox rabbinates to ban non-Orthodox conversions in publicly funded mikvehs.

The ultra-Orthodox United Torah Judaism Party may have introduced this piece of legislation, but in a way, we American Jews had a hand in it, too. The Chief Israeli Rabbinate has assumed too much power over Orthodox conversions because we let it. It’s time to stop.

At first glance, you might think that the bill affects only non-Orthodox converts to Judaism in Israel — namely, people who belong to the Reform and Conservative branches. Unfortunately, when it comes to conversion and the rabbinate, things are never simple, and never as they appear.

In 2006, the Rabbinical Council of America formed a centralized body to oversee American conversions with the hope that its graduates wouldn’t face questions in Israel. Its efforts in that realm have been largely successful, and its converts have, by and large, escaped serious scrutiny by Israeli officials. But in the process, the rabbinate has assumed a highly inappropriate degree of power over American conversions. Even among the Orthodox, we have ceded too much control to a rabbinate too fickle in its decision-making process about the question of Jewish identity and how it impacts thousands of American Jews.

The unfortunate side effect of a centralized body is that those converting outside the system have reportedly faced an uphill battle in regard to recognition from Israeli officials. Those who have undergone completely halachic conversions have been asked to re-immerse in the mikveh and to perform a geirut l’chumrah, literally a “conversion on the side of strictness,” essentially a do-over. The practice is intensely insulting to converts, their sponsoring rabbis and their beit dins, or rabbinical courts, all of which feel that the Israeli rabbis are deeming them “not Jewish enough.” Who died and made them the arbiters of such an important question?

With the rabbinate’s decision to zero in on non-Orthodox conversions (as the rabbinate defines them), it’s important for Diaspora Jews to get involved. The decision to bar non-Orthodox converts from the mikveh is a problem not only for Reform and Conservative Jews, but also for all Jews, even the Orthodox. As we’ve seen, the rabbinate has no problem questioning the Judaism of Orthodox Jews in the United States, and they won’t stop questioning other halachic conversions based on where they take place.

This year should have proved this to everyone, beyond the shadow of a doubt. We’ve seen many conversion controversies recently, thanks to the Israeli Rabbinate. Even the highly regarded Rabbi Haskel Lookstein has had his conversions called into question, and has found himself embroiled in a controversy over the timeless question in Israel: “Who is a Jew?”

Lookstein has been the rabbi of Congregation Kehilath Jeshurun, serving the wealthy and influential Upper East Siders of Manhattan, since 1958. He has served as the principal of the renowned Modern Orthodox day school Ramaz since 1966. He is a powerful and respected professor of homiletics at Yeshiva University, vice president of the Beth Din of America and a member of the board of directors of UJA-Federation of New York.

If you were looking for a sympathetic Orthodox conversion rabbi in New York City, you would be hard-pressed to find anyone with more impressive credentials than Lookstein. It’s probably why the most famous Orthodox convert in America, Ivanka Trump, approached Lookstein when she decided to join the Jewish faith.

Unfortunately for Lookstein’s many converts, Israeli authorities don’t see things the same way. In July, the Forward reported on the situation of an American convert identified by only her first name, Nicole:

The American woman whose conversion was rejected had to testify about her commitment to Jewish law in the court….

Israel’s top religious court heard the woman’s appeal but was not convinced, recognizing her commitment to Judaism but not the validity of Lookstein’s conversion, the Times of Israel reported.

Noticeable to most in the Reform, Conservative and even Orthodox communities, these were the first major Israeli protests against the rabbinate on behalf of converts in Israel. They took place because the victims were the conversion candidates of a powerful and respected Orthodox rabbi. There have been few public attempts to check the imbalance of power held by the rabbinate when it comes to the loaded question of “Who is a Jew?” in the Jewish state, where one’s Jewish status carries with it bureaucratic implications. Now, suddenly, when there was a controversy involving Lookstein, Israelis declared that enough was enough and decided to stand up to the rabbinate’s power play against American rabbis.

Why did the American Orthodox world mostly stay silent when questions over the validity of conversions first arose? Did it assume that the attacks on American Jews would impact only Reform and Conservative branches? Well, we’ve now learned that the rabbinate will go as far as we let it, and we’ve unfortunately given it unlimited reach into our beit dins and mikvehs in matters of conversion.

It’s time for the American Jewish community to start pushing back against the rabbinate’s oversteps regarding conversion. Despite the Torah’s clear prohibitions against mistreating converts, the Israeli rabbinate apparently no longer cares for that particular Jewish law, disregarding it completely. The entire American Jewish community needs to remind the rabbinate of it, firmly if necessary, and to demand that all converts stop being used as pawns in a sick rabbinic power game.