How Did Zionism Become a Dirty Word on Campus? 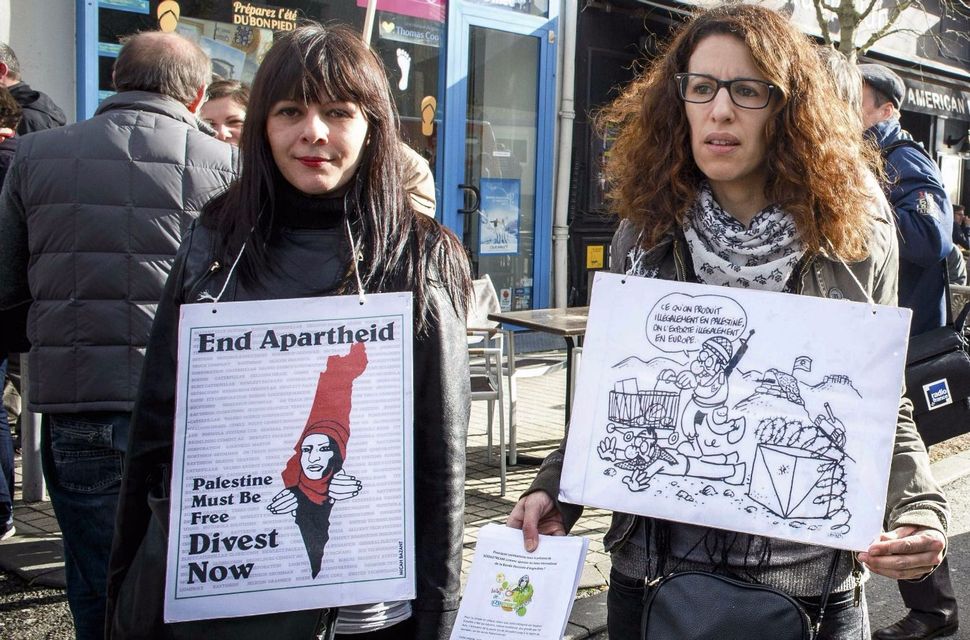 Sooner or later we’re going to have to face the facts: Zionism has become a dirty word in certain precincts — important and growing precincts — of the Western society that we call home.

It’s unfair. It’s short-sighted. Given the way things are headed, the end could be tragic. But it is a reality. Zionism has become a dirty word in far too many places, and the stain is spreading. And yes, this matters. Israel still faces physical threats, and will continue to face threats even if it makes peace with its neighbors. It needs friends. Right now its friendships are endangered.

The latest bit of evidence is the essay in Haaretz the other day by a pair of noted historians of American Jewry, Hasia Diner and Majorie Feld, explaining, as the headline put it, “Why We Left Zionism Behind.” How they came to abhor Israel.

Diner, a professor at New York University and one of the leading scholars of American Jewish history, writes of how her love for Israel, instilled as a child in the Habonim youth movement, turned into “repulsion” as she learned more about “colonialism and racism.” How she stopped buying Israeli products and began to “avoid many Jewish settings where I know Israel will loom large as an icon of identity.”

Feld, a professor at Babson College, writes of how she “reeducated” herself after being browbeaten by a devotee of Noam Chomsky and came to understand how “Israel fit neatly into my broader understanding of Western colonialism.”

The essay has caused quite a stir. It’s gotten journalist Jeffrey Goldberg to tweet that he might “leave Haaretz behind, actually.” He’s not alone. Criticism of Israel is mounting, getting more intense, getting closer to home. Lines are sharpening. People are choosing sides and staying there.

Historian Noah Efron of Bar-Ilan University gets at an important question when he describes — in Haaretz — the sensitivity and wisdom that Diner and Feld have long shown in their previous writings. He wonders why they fail, when discussing Israel, to apply “the same humanity and discernment that is on display when they write the history of Jews in other times and places.”

Understanding Israel’s creation as a “great catastrophe” for Palestinians, as Feld put it in her essay, shouldn’t blot out its significance as “historic vindication” for Jews after the Holocaust, Efron writes. The “key,” he says, is that it was “both things at once.” Historians are supposed to recognize the paradoxes and contradictions that history is always full of.

But Diner and Feld aren’t the real issue here. They’re just the latest in a growing army of scholars and intellectuals who’ve decided that Israel is a malign force in the world, that Zionism is just another instance of Western colonialism and racism. Academic associations, student governments, Christian church bodies, British trade unions, European financial institutions — one after another they’re being challenged to attack Israel in the name of Palestinian justice.

Sometimes the challenges succeed. More often they fail. The economic damage to Israel is minimal so far. But the moral damage is enormous. The debate’s persistence and intensity are undermining Israel’s legitimacy in the elite places where the next generation of intellectual, political and economic leaders of America and the West are being trained.

Israel and its friends try hard to answer back. But the intensity of the hostility toward Israel is frequently intimidating, as Feld inadvertently attests in Haaretz when she describes her run-in with the Chomskyite. Even when lovers of Israel aren’t convinced to turn hostile, they frequently decide to back away from the fight.

Does it matter? Yes: Israel is the biggest recipient of American foreign aid; that aid is a vital part of Israel’s defense budget. Europe is Israel’s biggest trading partner. Both are essential suppliers of advanced military equipment that Israel can’t produce on its own. Some right-wing Israelis entertain themselves with the idea that Israel can replace America and the West by allying itself with Russia, China or India. They’re dreaming. If Israel loses the support of the next generation of Western leaders, it’s in trouble.

It matters, too, because the delegitimization of Israel weakens the bonds that tie the Jewish people together around the world. To the extent that young Jews and their mentors on American and European campuses are convinced or intimidated into rejecting Israel, the idea of Zionism — of Israel as a unifying homeland for Jews around the world — is gravely undermined.

How to address this? That depends on what’s causing it. Boycott advocates insist it’s a straightforward matter of standing up for human rights and opposing Israel’s misdeeds. Israel’s staunchest defenders insist Israel is singled out because of old-fashioned anti-Semitism. They’ve both got a point.

Supporting the human rights argument is the fact that Israel has had millions of Palestinians living under the rule of its military without citizenship or political rights for 49 years. It’s an unusual situation, and an ugly one.

True, Israel’s staunchest enemies reject not just the post-1967 occupation of the West Bank and Gaza but Israel’s very existence. They point to its birth on the ruins of Palestine, to its foundation on Jewish ethnic or religious exclusivity, to its military culture. But those arguments never made much headway in world opinion until after 1967, when Israel took over the West Bank. As the occupation has continued and settlements have expanded, hostility has grown.

Supporting the anti-Semitism argument is the willingness of large audiences in the West to look at Israel as the world’s most significant human rights offender. Certainly life for Palestinians under Israeli military rule is harsh. Movement is restricted, land is confiscated, protestors are routinely imprisoned and periodically shot. Resentment and resistance to Israeli rule are inevitable.

But what makes hundreds of thousands in the West rally so passionately against Israel’s treatment of Palestinians and not against, say, Saudi Arabia, which decapitates criminals, suppresses religious minorities and doesn’t let women drive? Or Myanmar, which makes life a daily living hell — beyond the Palestinians’ worst nightmares — for its Rohingya Muslim minority? Or the Central African Republic, where Christian and Muslim militias compete to massacre each other’s civilians and United Nations peacekeepers commit mass sex crimes? How did Israel become the world’s worst crisis?

Part of the answer is that Israel is, indeed, a rare case of one nation ruling another nation for decades against the other nation’s will. Part of it surely is that it does this on the American taxpayer’s dime. Part of it is the disappointment of Jews who are raised to adore Israel and then discover to their shock that it’s flawed, that they were lied to.

Part of it is simply that it’s a Jewish state. There are still a lot of people who don’t like Jews, though they usually won’t admit it.

Part of it is the rise of an intellectual movement that celebrates Otherness, mistrusts the dominance of bourgeois, capitalist Western culture and insists on an alliance among “intersectional” identity groups excluded by that dominant culture — an alliance that includes identity communities of gays, people of color and Muslims but does not recognize or protect the identity of Jews.

There’s one other factor, however, that has contributed to the progress of the boycott-Israel movement and is too often overlooked: successful organizing. A coalition of Palestinian civil-society groups, including unions, cultural and trade associations and others, provides coordination and inspiration to overseas pro-Palestinian and Muslim groups. These in turn form alliances with sympathizers.

Simply put, the Israeli-Palestinian conflict is a contest of rival forces. Israel has the advantage on the ground, where its troops rule. But the Palestinians and their allies have an advantage on the college campuses and in the intellectual salons of the West. It’s not decisive, but it’s significant. And they’re not going to give it up as long as there’s a conflict to be won or lost.

Zionism has meant a great many things during its century-plus existence. It began as a rebellion against Judaism, an insistence by secular Jews that Jews needn’t meekly accept their fate while waiting for the Messiah to return them to Israel. It was turned by Theodor Herzl into a political program for creating a Jewish state, to which he predicted Jews would joyfully return en masse. It was adopted by segments of the Orthodox community that viewed it as the miraculous dawning of the messianic era. It was taken up by Jews in America and Europe as a rallying cry. It became, under David Ben-Gurion, an insistence that Jews everywhere should uproot themselves and move to Israel — turning Herzl’s confident prediction into a censorious and improbable prescription.

Then Israel was established. Herzl’s work — Zionism’s original mission — was done. Since then it’s been a cheering squad for Israel and everything it stands for. And then, when Israel’s doings became unpopular, it started to become a dirty word. Today the question hangs in the balance. It places before us, as the good book says, a blessing and a curse. We dare not choose hastily, while the forces of history are still at work.

If there were to be a peace agreement, one hopes and assumes that calling off the propaganda war in the West would be one of Israel’s demands. That wouldn’t silence the Israel haters who reject the very existence of the Jewish state, but it could reduce their support and take a lot of wind out of their sails. Allowing the Palestinians an independent state of their own would vastly weaken the argument that Israel’s creation is the Palestinians’ doom.

And the choices of Jews around the world — students and professors on college campuses along with the rest of us — would be less painful.

How Did Zionism Become a Dirty Word on Campus?