When Your Husband Gets Called a ‘Filthy Kike’ On Twitter 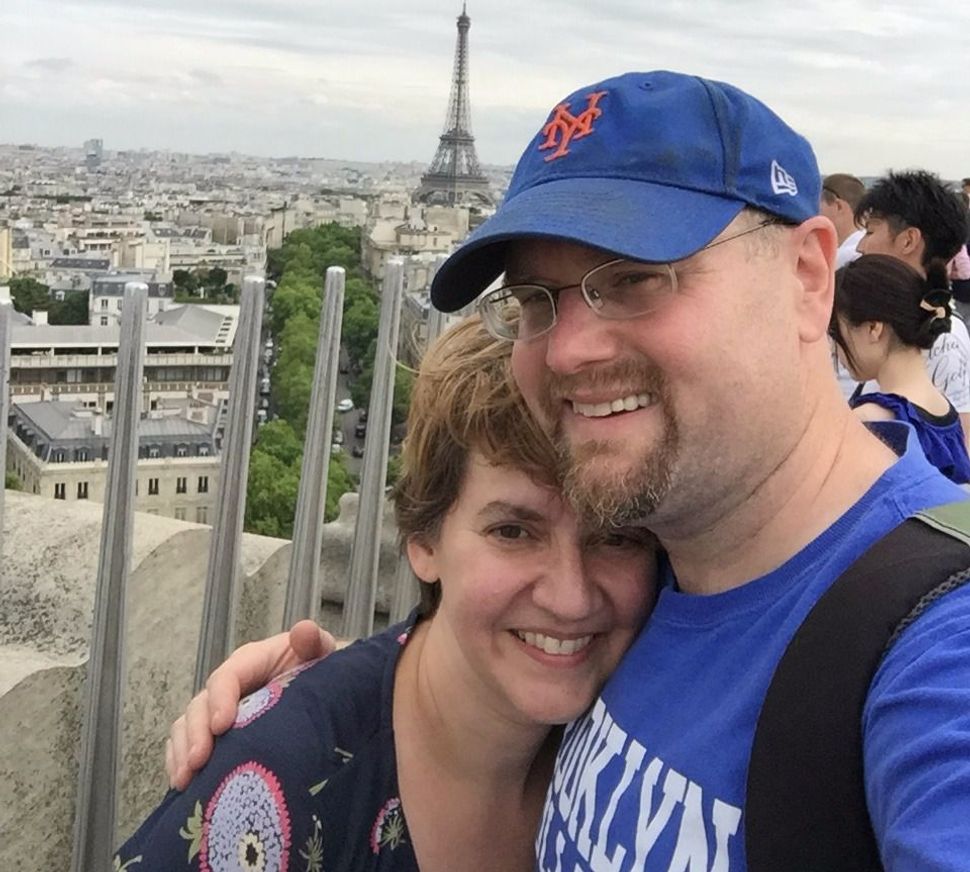 It was bracing to learn on Monday that my husband, Glenn Thrush, had been called a “filthy kike” on Twitter. He is the chief political correspondent for Politico, and his run-in with the “alt right” American fascist movement stemmed from a roundtable with academics, of all things.

His editor, Susan Glasser, convened a half-dozen experts for a feature in Politico — a Q&A discussion of the declines in life expectancy and income that whites without college educations have seen in the last decade or so.

@GlennThrush @politico read your white bashing article. The gigs up you filthy kike, the goyim know everything

The article itself is about what you might expect from a cadre of economists, historians and the stray memoirist: measured, deliberate, thoughtful. But the initial headline on the piece, “What’s Wrong With America’s White People?” was a Twitter siren that quickly answered itself in part. A few of America’s white people are angry, bitter, racist anti-Semites who aren’t ashamed to spew hate all over social media.

Glasser and Thrush were called “Jewish supremacists” by @FashNova (fash, as in fascist) and “two kikes pretending to be white” by someone with the charming screen name AdolfJoeBiden. There’s more, but you get the gist. Thrush tangled with some, let most slide and reported the person who combed his podcast transcripts looking for the places he had mentioned his Jewishness.

@GlennThrush Why do you write about what’s wrong with white people pretending to be white? You aren’t white, you’re a Marxist kike.

For him, it was basically another workday in this most unusual 2016 election cycle. But for me, it pointed to something I had imagined, but hoped I would never see.

I am Catholic, not Jewish (“race mixing,” to use a term I picked up on one of these hateful feeds). And we have raised our twins in the Jewish faith’s Reform movement.

I know that many Jews do not consider my sons “real” Jews. But I also know they are real enough Jews in the eyes of bigots.

When our boys started Jewish preschool, though, this specter of them being attacked for their heritage was theoretical, off in a distant, hazy, maybe future. I never imagined that their dad and other Jewish journalists would be targets of persistent hate speech in 2016, just a few months after our boys’ b’nai mitzvah.

I wanted my kids to have a Jewish education for two reasons. First, with six million people wiped out two generations ago, Jewish identity shouldn’t be thrown away. Second, there is so much to know: Hebrew language, midrash, Mel Brooks movies, and the long, sad history of persecution.

That history is not remote to our family. Glenn is named after his grandmother, Gertrude Wiesenfeld Thrush, who lost her parents and siblings in the Holocaust. She survived because she immigrated here as a teenager before the war.

Ironically, the story that got the American Nazis up in arms is about another side of our kids’ heritage. Thrush is not a Jewish name. Gertrude Wisenfeld met Jack Thrush (whose ancestors fought in the Revolutionary War) at an infirmary during the 1918 Spanish Influenza. The Jewish immigrant and the working-class English-Irish-Scotsman would raise four kids in East New York, Brooklyn. Poor, white Jewish Americans.

My father, William Webber, was also of English-Irish stock. He often called himself “poor white trash” (but it probably would have been a bad idea for anybody to sling that back at the career Special Forces soldier). He was born dirt poor in Appalachia, and he died well ahead of the life-expectancy charts’ predictions — and ahead of this latest trend of online hate — at age 61, in 1994.

My dad didn’t have an easy life, but he never responded to his travails with hate or prejudice. He’d be appalled at this racist name-calling. His daughter sure is.

Diane Webber is a health policy journalist based in Washington, D.C.

When Your Husband Gets Called a ‘Filthy Kike’ On Twitter