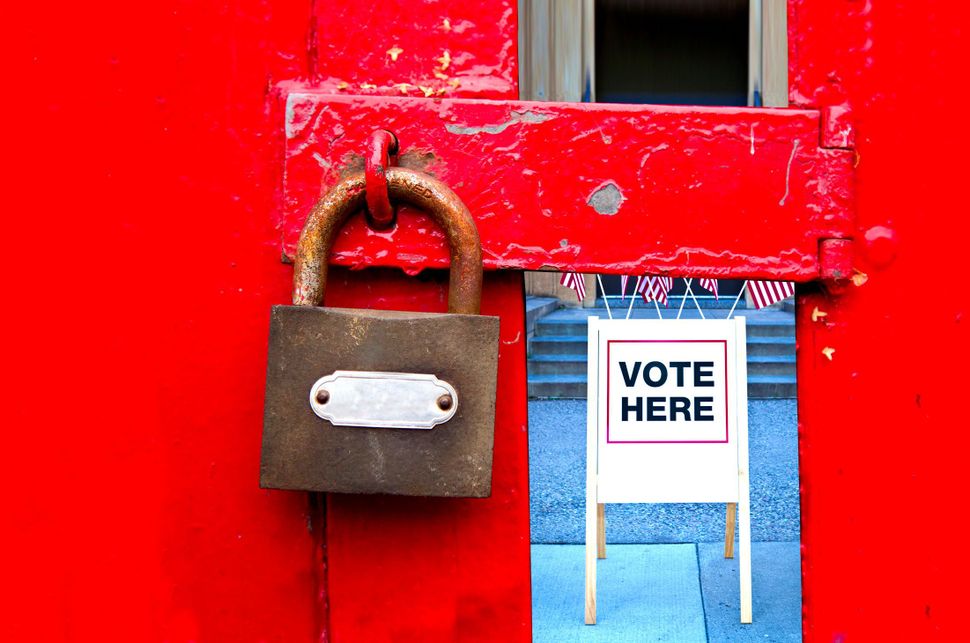 I happened to be in Australia on July 2 when that country went to the polls to elect a new national government — and I ended up getting a civics lesson in a different form of democracy. As we decry the disgracefully low turnout in American elections and wonder what we can do about it, it’s a lesson worth sharing.

Campaigning there lasted only eight weeks — while our current presidential sweepstakes, it seems, lasts eight years. Australians have numerous opportunities to cast a ballot, unlike our vote-only-on-Tuesday rules in many states. And most dramatically, about 95% of eligible voters are registered and nearly all of them vote. Because they must.

Voting is mandatory in Australia, and if you don’t cast a ballot you are fined and, in extreme circumstances, sent to jail. This full-participation election doesn’t magically produce clean results and brilliant leadership. The vote was so close and messy this time that it took four weeks to form a government, and plenty of people grumbled that the ballot was long and complicated enough to be rolled across an Australian rules football stadium.

But here’s the profound difference between their system and ours: With mandatory voting, every citizen is considered worthy to participate. Turnout is a given, a civic expectation. In America, the effort to enhance turnout, or suppress it, is instead a multibillion-dollar enterprise, too often propelled by cynicism and kept alive by apathy.

An estimated $6 billion was spent to get out the vote in our last presidential election. Still, only 58% of eligible voters went to the polls, a showing so poor that it places the United States near the bottom when compared with other developed nations. (Israel, by the way, is in the top tier.)

Since there is no right to vote in America — it’s all up to the individual states —mandatory voting here is even less likely to happen than other sensible Australian policies, like national health care and wise gun control. (See a connection?)

Nonetheless, those of us who want fuller participation in American democracy, who believe that all citizens are worthy of selecting their leaders, need to advocate for structural changes that we know will make a difference: online and same-day registration; real civic education; an end to gerrymandered “safe” districts; a national holiday on Election Day (combined with Veterans Day), and so on. Meantime, there is much to do on the ground, this very year.

Look at JCC Manhattan, which just announced that it is allowing all full-time employees up to five days of paid leave to volunteer in get out the vote efforts or to canvass for the candidate of their choice. They’ll need permission in advance from their supervisors, and proof that they did, indeed, do the volunteer work — but the message of encouragement is clear. That message extends to the community as well, amplified by the voter registration tables that will be set up during major events in the building, staffed by employees who will be trained to help voters navigate the sometime labyrinthine electoral process. For three days in November, there’ll be a special lobby installation. It’s all part of “Listen, Learn, Vote,” a citizenship initiative that the JCC considers core to its mission.

“Sometimes those of us in communal life get caught up in issues of partisanship when the most important thing we can do in our organizations is elevate the critical issue of our role as citizens,” Rabbi Joy Levitt, the JCC’s executive director, told me.

Jewish organizations have long been involved in voter registration efforts, and those continue this year with, for instance, the Reform movement’s partnering with the NAACP and other groups. But there is often fear that these efforts veer too closely into the sort of outright partisanship that not-for-profits feel they can’t legally (or financially) endorse.

It’s true that the attempts to suppress voter turnout are largely driven by Republicans and aimed at poor, young, minority and immigrant voters. The Brennan Center for Justice calculates that 14 states, largely in the South and Midwest, have put new voting restrictions in place for this election, part of a broader movement to curtail voting rights since the 2010 midterms.

Already in the 2016 primary season, a new photo ID requirement created long lines in Wisconsin, and a reduction in polling places left some people waiting for five hours in Arizona. The prognosis for November is chilling, especially since this will be the first election in 50 years without the full protection of the Voting Rights Act, designed to prevent discrimination in voting.

For Jewish organizations to turn away from combatting these cynical and unnecessary restrictions belies the biblical idea that every person is made in the image of God, and is therefore equal and worthy of participation.

“Imagine if our whole community was engaged in efforts to register voters and get out the vote, if the story was not only who Jews are voting for but that our highest priority was democracy and the ultimate responsibility to vote?” Levitt asked.

And imagine if, as a nation, we could worry less and spend less on getting citizens to the polls and concentrate instead on what elections ought to be about. Imagine if, one day, we could beat Australia.

Jane Eisner is the author of “Taking Back the Vote: Getting American Youth Involved in Our Democracy.” Contact her at [email protected] or on Twitter, @Jane_Eisner