Why in the World Are Progressives Opposing a Referendum On Israeli Occupation? 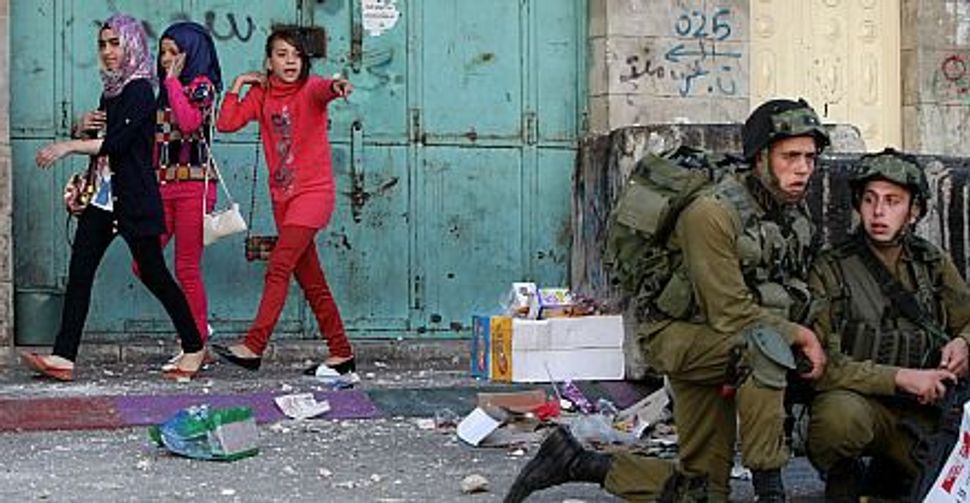 The initiative for holding a referendum in Israel, “Decision at 50,” calls for a decision on the future of the territories occupied by Israel for nearly 50 years. This plan derives from the recognition that the current Israeli government has no interest in ending the occupation. In fact, each of the previous Israeli governments over the last 50 years has refrained from making a decision to either annex the territories or to withdraw from them. So the initiators of the call for the referendum are turning to the authority above the government — the Israeli public. The people are called on to direct the government to make this decision: Either start leaving the territories, or delineate a series of moves that will bring an end to Israeli control over the West Bank.

Those behind the initiative, all supporting a two-state solution, include public figures, former ministers and members of the Knesset, as well as the heads of the public movements Peace Now and Blue White Future, of which I am a co-founder along with Ami Ayalon and Gilead Sher. We have advocated for a two-state solution for many years.

It’s no surprise to us that the referendum plan is being rejected by the right wing in Israel and in the Diaspora. But, somewhat surprisingly, there is also strong opposition coming from the progressive camp — see, for example, Mira Sucharov’s recent op-ed in these pages.

The arguments from the progressive camp against the referendum can be divided into two categories. The first is moral, asserting that Israel has no right to determine the future of the occupied territories without taking into account the opinions of the inhabitants of these territories — the millions of Palestinians who have legitimate national aspirations. The second category is a practical one, and includes arguments based on the assessment that the referendum results will be against a two-state solution, and hence will move us farther away from the possibility of reaching such a solution.

Let’s conjure a fantasy to analyze the moral claim: The elected Israeli government decides that the occupation is counterproductive for Israel. It is morally destructive, actually hurts both the security and economy of the country and delays a solution of Israel’s enormous social problems. Therefore, this government implements a gradual withdrawal from the territories, while trying to forge peace with its neighbors and heal the wounds within Israeli society. Obviously, the entire progressive Zionist camp will support such a move and not claim that Israel has no right to execute it without consulting the Palestinians because they have not participated in electing Israel’s government.

But from the practical point of view there is a reason to be optimistic. Recent polls indicate a clear majority for the supporters of the two-state solution. Strong opposition from the right to a referendum demonstrates that this hope is well grounded.

There are additional weighty moral and practical arguments for holding a referendum, even if the optimistic forecast proves wrong and the results affirm continuing Israeli control over the territories. If indeed the Israeli people choose to rule the territories indefinitely, the ambiguous policy of the Israeli government, which speaks about supporting a two-state solution while simultaneously undermining it, will be unmasked as deceptive. A negative result of the referendum will force Israel to confront the international community, with all the relevant consequences detrimental to Israel.

Plus, a negative result will require the progressive camp in Israel to change its agenda. This camp will have to admit failure in its attempt to preserve the Zionist vision of creating a Jewish democracy. Decent and moral human beings in the modern world work toward full and equal human and civil rights for all the residents within the borders of the state. That applies to Israel and its Palestinian residents, too.

With each passing day another house is built in the territories, another road is paved, and another child is born into an immoral reality. Those who object to making a decision about the future of the territories are lending a hand to strengthening the occupation.

Orni Petruschka, a high-tech entrepreneur in Israel, is co-chairman of the Israeli non-partisan organization, Blue White Future, which advocates for a two-state solution.

Why in the World Are Progressives Opposing a Referendum On Israeli Occupation?