I Want a High Holiday Sermon On the Biggest Prison Strike in U.S. History 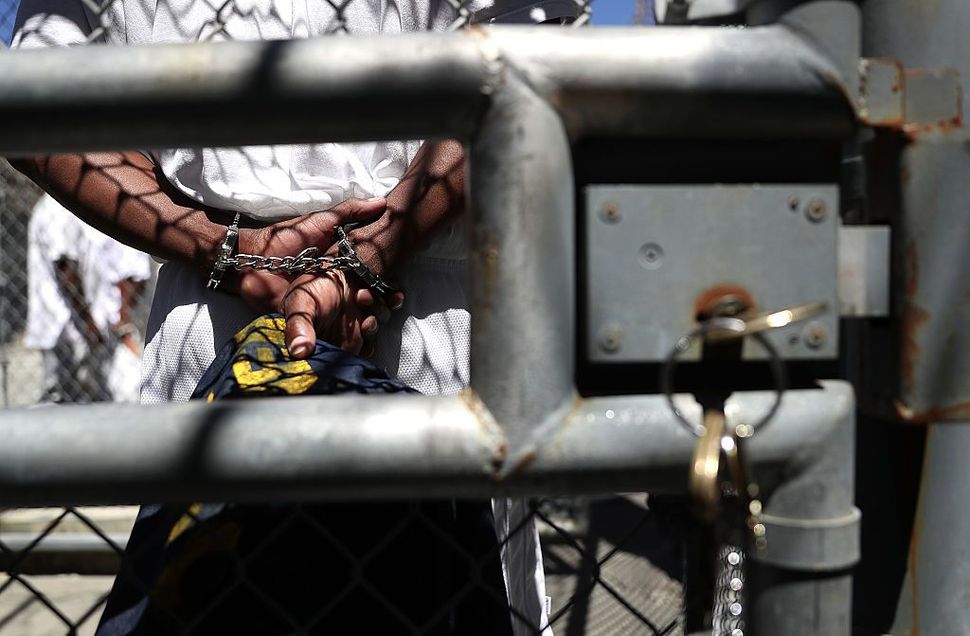 As you read this, a massive organized movement is making history across the U.S. — and you probably haven’t heard about it.

That movement is the largest prison strike in the nation’s history.

Inmates in at least 40 prisons across 24 states have organized the strike through an extensive underground network, connecting through allies on the outside and forming connections across county and state lines.

The demands of the strikers vary, but they’re unified by an ideology that seeks to end “prison slavery.” An official announcement from the IWW Incarcerated Workers Committee calls out the system for forcing incarcerated people to work for little or no pay, with no labor rights, often for large corporations, which they state is a violation of the 13th Amendment.

Rather than issuing specific requests “of [their] captors,” they seek to “call [ourselves] to action,” drawing attention to the deeply flawed nature of the prison industrial complex, which they see as an extension and continuation of institutional slavery — replacing “the whip with pepper spray” and using the same “torments” of “isolation, restraint positions, stripping off [their] clothes and investigating [their] bodies as though [they] were animals.”

Their efforts came to a head on September 9 — the anniversary of the 1971 Attica prison uprising — with a mass refusal of all participating strikers to report to their prison jobs. Many of those who began the strike continued striking after the 9th, with tactics that include abstaining from labor, sit-ins, and hunger strikes. The information that authorities at the affected prisons allow through to the public is extraordinarily spotty, but advocates for the strike estimate that there are 20,000 prisoners on strike right now.

And yet, the strike has gone largely unnoticed and unreported in the mainstream media. Small rallies and demonstrations were staged in cities across the U.S., but the attention and analysis that the strikers need to push for actual reform (as well as to cast light on any acts of retaliation by prison authorities) has generally been lackluster if not virtually absent on a wide scale.

A key question to ask now, with High Holidays and their attendant sermons approaching, is this: Will our Jewish communities also decide that the strike — and the struggle it represents against unjust mass incarceration — are not worth our attention?

I believe that prison reform is a Jewish issue. Our criminal justice system contrasts sharply with a world standing on Rabbi Gamliel’s three pillars: judgement, truth and peace. The pursuit of true justice must be predicated on a system of equality, which does not unduly target, disenfranchise or mistreat any given individual or community — all of which is currently perpetuated by the way we disproportionately incarcerate people of color. The pursuit of justice can only really be achieved if the method is just — and, as it stands, the methods are anything but, on a deep and systemic level.

Injustices like forced or coerced plea bargains, harsh minimum sentences, long prison terms for nonviolent crimes, out of control unregulated abuse of solitary confinement, forced underpaid or unpaid labor, and unchecked violence within prisons — not to mention the privatization and for-profit industrialization of prisons, in which prisoners are treated as traded commodities rather than human beings — all define the state of things when it comes to how our nation deals with criminal justice today.

Although ostensibly the purpose of the criminal justice system is to keep our communities safe, a system so deeply flawed and broken does anything but. We as a nation are not safe if our “safety” exists alongside this massive, harmful structural sickness.

It’s our moral obligation, in the pursuit of Tikkun Olam, to hear the call of incarcerated people who are showing us directly where injustice lies, and what needs to be fixed. Those calls are important, worth hearing and worth acting on. There is arguably no better time to hear, and to mobilize and act based on what we hear, than the High Holidays, when we create the world we want to live in in the coming year — hopefully, by rededicating ourselves to pursuing justice.

Jewish leaders who want to direct their congregants to action when it comes to prison reform have many places to turn: from T’ruah’s work against mass incarceration to Uri L’Tzedek’s prison reform platform to the projects and resources found at the Prison Activist Resource Center, Generation Waking Up and the Center for Prison Reform, among others.

We have an opportunity this year, as we gather to hear the shofar, to also hear these all-too-often unheard voices and the injustices they are trying to bring to our attention. It is my sincere hope that we take it.

I Want a High Holiday Sermon On the Biggest Prison Strike in U.S. History