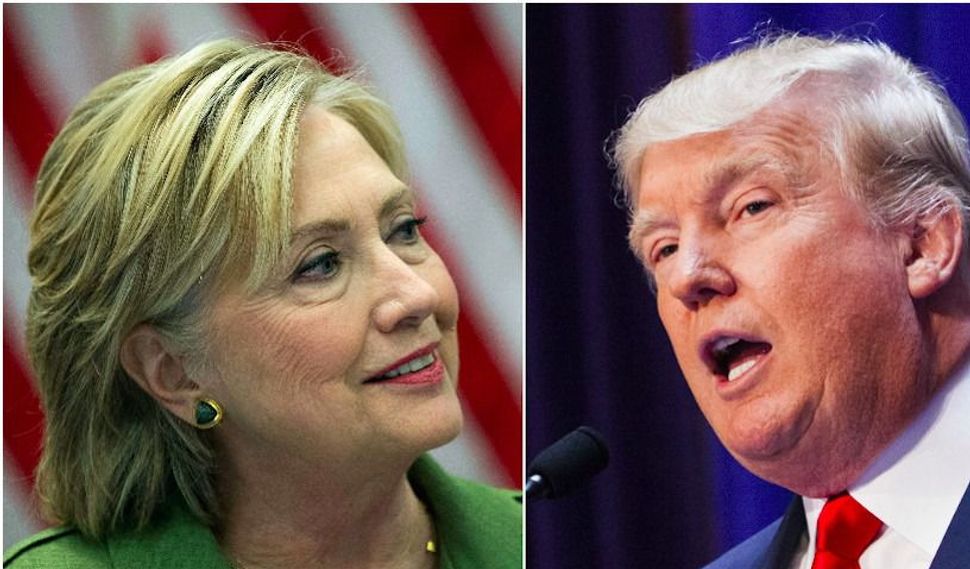 I don’t envy NBC news anchor Lester Holt, moderator of the first presidential debate this evening, whose every word and gesture will be scrutinized by a polarized American public. I don’t envy the candidates, either, for the same reason, though they did sign up for this excruciating job interview.

But as a journalist, a Jewish woman and a concerned citizen, I have high expectations for the first one-on-one between the two main players in this consequential election.

Over 90 minutes with no commercial break, I hope that Holt will focus on two journalistic imperatives. First, fact-checking, on the spot. I’ve never witnessed a presidential campaign like this one, where the candidates — one in particular — are allowed to prevaricate, contradict themselves, or get away with outlandish assertions. The sober, day-after analysis of candidates’ truthfulness that used to follow past debates isn’t good enough anymore. We need real-time fact checks, and a moderator prepared enough (and supported enough) to do that. As Margaret Sullivan wrote recently in the Washington Post: “If journalists aren’t interested in being part of the truth squad, they should find another sport.”

The second is follow-ups, whenever possible. Candidates make lots of promises, and this year is no exception. But they are obliged to explain how those promises will be paid for, implemented and measured for success. How will Hillary Clinton finance and deal with the adverse consequences of her pledge to make public colleges free? How will Donald Trump pay for that wall, since the Mexican government won’t?

Too many members of the media have allowed Trump, especially, to slither away from hard questions following up on his many unqualified assertions. Such questions need to be asked of Clinton, too, of course, but she’s been scrutinized that way for decades. He hasn’t. It’s past time.

Holt says he will focus on three topics — the economy, national security and “America’s Direction.” Since there are a zillion possibilities within those broad rubrics — the Washington Post collected more than 3,000 questions from its readers alone — I’ll focus on the six things that concern me the most as an American Jewish woman.

1) Income inequality and its consequences

The gap between the rich and everyone else in America has grown steadily for 30 years, and that offends my very Jewish notion of the equal worth of every human being and our biblically-mandated obligation (through rituals such as the Jubilee Year) to periodically level the playing field. I want to know specifically what each candidate will do to address the economic, educational, health-related and civic consequences of inequality and what steps they will take to reverse this damaging trend.

The effects of man-made environmental havoc are too numerous to mention and unconstrained by national boundaries. That’s why the climate accord signed in Paris earlier this year was so significant. Even China is on board. Yet Trump says he’d cancel it while also advocating more drilling and fewer regulations. Why?

There were 63 Americans killed by terrorism so far this year, including the attacks in Orlando and Dallas. As of this weekend, there were 10,635 people killed in gun violence during the same period. Me, I’m more afraid of a crazy guy with a gun than the infinitesimally smaller chance that I’ll be downed by a terrorist. How do the candidates address my fear?

We know their differences on the Iran nuclear deal (she’s for, he’s against) and on sending troops into Syria and Iraq to stop ISIS (she’s against, he’s for). Frankly, I don’t expect much more than platitudes about support for Israel from either candidate during this debate, especially since Trump’s views have bounced around throughout his campaign. Those of us concerned about maintaining both Israel’s security and its democratic character want a substantial public discussion on those issues, but that is probably too much to expect during this prime time show. So here’s what I would ask: Since the mid-1990s, the U.S. has spent about $5 billion in bilateral assistance to the Palestinians. What have we, and they, gotten for it? What do we owe them, and what do they owe us?

Yes, they still need protecting. The right to control one’s body, to earn as much as a man, to care for children without being penalized at work, to live in safety. Modern Jewish thought and practice are providing models for gender equality in ways that still respect tradition. What about our candidates?

I suppose that’s what Holt means when he says “America’s Direction.” I’m especially worried about what happens to this country the day after a winner is declared, how a new president can possibly stitch together bonds further torn apart by the ugliness of this campaign. For decades now, ever since the military draft was disbanded, we have lacked a cohesive American experience for emerging adults and a communitarian vision for us all. My Judaism prizes community over individualism in ways large and small. So do most religions.

I’d like to hear one proposal from each candidate to address this concern.

Two would be awesome. But one will do.