The Orthodox Case for Hillary Clinton — and Against Donald Trump 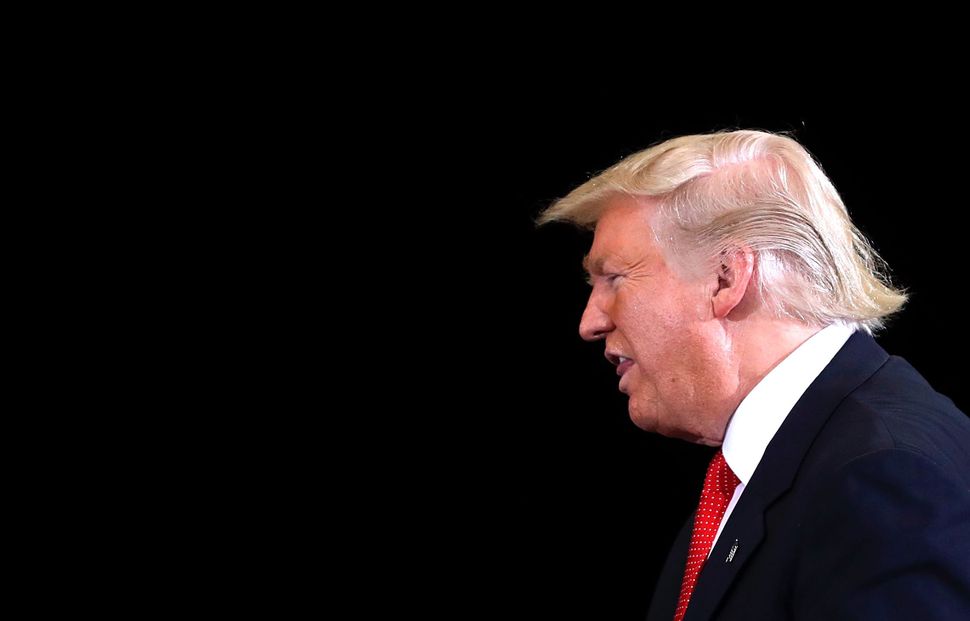 The American Jewish Committee released the first national poll of Jewish voters earlier in September, and the news is good for Hillary Clinton: Jewish voters prefer her to Donald Trump by a 3–1 margin. But who are those Trump supporters?

There are, however, some prominent Orthodox supporters of the former secretary of state. For example, Jack Bendheim, former deputy chairman of the American Israel Public Affairs Committee, hosted a fundraiser for Clinton in April. And Shlomo Werdiger, chairman of the board of Agudath Israel of America, has publicly endorsed her.

Few, however, have made the Orthodox case for Clinton stronger than New Jersey’s Rabbi Menachem Genack. (Genack is CEO of the Orthodox Union’s kosher division and teaches at Yeshiva University, but, like Bendheim and Werdiger, he expresses his political views only in his personal capacity.) Following up on his pro-Clinton op-ed in The Jewish Week, Genack says he’s working with other Clinton supporters in Florida to “make the best case for Hillary” specifically to the Orthodox community.

That’s why I wanted to hear what he had to say.

“For the Orthodox community,” he told me, “it comes down to one issue: Israel. And on that issue, during Israel’s most difficult times, Bill and Hillary Clinton were there. This has been a consistent position of theirs always. I know this personally.”

Personally? Indeed, Genack has known the Clintons for more than 20 years, and would regularly send Bill Clinton “brief essays highlighting spiritual insights of the Bible.” These were collected in a 2013 book called “Letters to President Clinton.”

That, of course, gives Genack a unique perspective on a candidate who, according to most polls, has trouble winning the trust of many Americans. “Her concern for Israel is absolutely genuine,” Genack insisted.

It’s not only Clinton’s personal concern for Israel that makes her the right choice, Genack says, but also her view of America’s place in the world. “What Israel needs more than anything else is a strong America, respected in the world, that protects Israel’s interests — an America engaged in the world. That’s what Hillary represents,” he said. “An isolationist America, which is what Trump advocates — hiding behind a wall, dismantling 70-year-old alliances like NATO — for the Jewish people, that, historically, leads to disaster, just like it did in the 1930s.”

“You couldn’t have a starker distance between the two,” he added.

That made sense to me, I said; after all, I’d argued the same thing in an earlier column, “4 Ways President Donald Trump Would Be Israel’s Worst Nightmare.”. But what are the Trump voters seeing that we aren’t? Why do they support him?

“The problem is, they blame Hillary for every position Obama took,” Genack replied. But this, he says, is unfair. “We know from her book that she advocated for being involved in the Middle East, not disengaging. She disagreed with the president over making settlements such a critical issue. And even in terms of the Iran Deal, many of us thought it was a bad deal, but we also knew that within the administration, it was a balance between engagement and potential punishment for Iran. The White House wanted engagement, and Hillary was for harder consequences.”

Genack said that, thus far, Clinton has fared much worse than her husband. “When Bill Clinton ran, the Orthodox community liked him, forgave him his sins, and so on,” he said.

What changed? A combination of reality and myth.

“It is a reality that the left of the Democratic Party is an issue. I was at the debate between Bernie Sanders and Hillary, where she was staunch in her defense of Israel, and the Sanders people were booing her,” he said. “What we need is to recalibrate the Democratic Party to move it more to the center. That’s the place where you win elections.”

But myths have played a role as well. “I’m so disappointed in the Orthodox community; we’re supposed to be smart Jews. People have bought into this horror story about Hillary Clinton…. They believe that she kissed Suha Arafat after what [Arafat] had said,” Genack told me, referring to the controversial 1999 embrace, which came after Arafat had just accused Israel of using poisonous gas in the West Bank. “But Hillary didn’t know what Suha had said until the next day, and when she found out, she condemned it.”

Interestingly, Genack prefers to tout Clinton’s positives rather than Trump’s negatives. He doesn’t dwell on the overt anti-Semitism among Trump’s core supporters, or on Trump’s racism, or on Trump’s long history of erratic, unpredictable behavior. Moreover, Genack said, “Trump is probably sympathetic to Israel, especially with Jared Kushner advising him.”

The issue, Genack says, is that Trump’s worldview is dangerous for the Jewish state. “I don’t think that he’ll be respected amongst world leaders, and I think this isolationist view that he portrays, distancing America from the world in terms of trade deals and so on — I think that’s not good for Israel,” he said.

But it is Genack’s personal friendship with the Clintons that is his greatest asset — or greatest liability, depending on how you look at it. On the one hand, critics could accuse him of being biased. On the other hand, Genack can offer a personal testimony that could resonate with his fellow Jews. “I don’t buy into the lesser of two evils,” he said. “I think [Clinton] is great. And I know she’s a good person.”

The Orthodox Case for Hillary Clinton — and Against Donald Trump