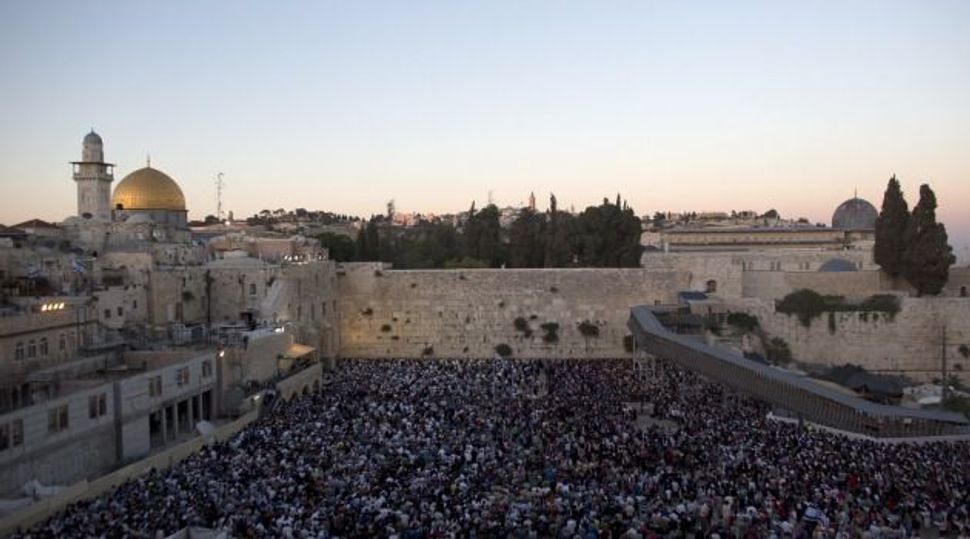 As a Haredi Jew with a non-Zionist perspective — that is to say, I do not consider the State of Israel to be the Third Jewish Commonwealth — I feel no compulsion to defend any position or move of any Israeli government.

I am not a nationalist. I believe that only when the Messiah arrives (may that day be soon) will all Jews be returned to their geographical heart. I consider those who want to build the Third Holy Temple by force dangerous. The Temple will be rebuilt, not by the hand of man, but by God. Hence the reflexive form in our prayer: “May it be Your will that the Temple be [re]built.”

In fact, at least theoretically, it doesn’t make any inherent difference to me what temporal flag flies above any part of Eretz Yisrael, the Jewish Holy Land. And, at least theoretically, an Israeli modus vivendi with the Arab world that would cede parts of Eretz Yisrael to ensure Jews’ security would be acceptable to me. This has always been the Jewish homeland, no matter what political entity has claimed sovereignty over it throughout the millennia, and it always will be.

But what is utterly unacceptable to me — what is, in fact, obscene — is the recent Arab-fomented UNESCO resolution, which denies the Jewish people’s connection to the Temple Mount.

The resolution was submitted by Algeria, Egypt, Lebanon, Morocco, Oman, Qatar and Sudan. China, Russia, Mexico, South Africa and Pakistan joined those countries. All of them are complicit in nothing less than insulting Judaism and denying history.

Only Estonia, Germany, Lithuania, the Netherlands, the U.K and the U.S. voted against the resolution. The 26 other countries that abstained from the vote are cowards.

The resolution’s criticism of Israel was just the same old basket of grievances, real or imagined, that the Arab world regularly belches forth.

Yes, Israel is an occupier, at least technically, although it is committed to “unoccupying” territory in return for peace and the security of its citizens. But no, Israel does not have designs to harm the mosques on the Temple Mount; when its soldiers enter the site, it is because of violence on the part of Muslim worshippers.

Yes, there is a (partial) blockade of Gaza (aimed at preventing Hamas from furthering its declared goal of destroying Israel and “driving the Jews into the sea”). But no, Israel is not engaged in, or interested in, ethnic cleansing.

The resolution’s obscenity lies in the way it ignores, and effectively negates, the Jewish connection to the holiest Jewish site, the space where the central Jewish Temples stood, and to which Jews streamed on the “pilgrimage holidays” like Sukkot, about to begin as I write these words. 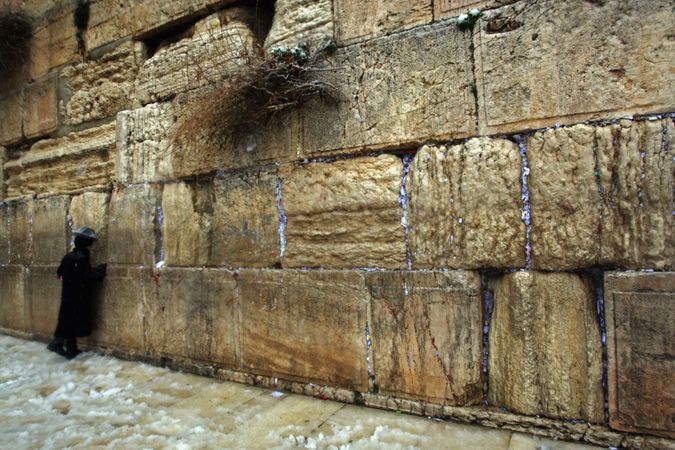 The Holy Land’s sanctity is manifested in concentric circles. All of Eretz Yisrael is sacred. Jerusalem is the source of that holiness, and possesses it in a more powerful way. And, in turn, Jerusalem’s special status derives from the engine of sacredness that is the makom Mikdash, the place where the Temple stood.

On Sukkot, as on all Jewish holidays, the festive atmosphere is tempered in the Mussaf Amidah, the silent prayer, with paragraphs bemoaning the fact that the Temple no longer stands and that the Jewish people have been exiled from the Jewish Land.

And that millennia-old lament is not limited to special occasions. This morning, just like every morning, the Hebrew name of Jerusalem, or its synonym Zion, passed my lips. Before breakfast. There was “Jerusalem, praise God,” “May You shine a new light on Zion,” “the Builder of Jerusalem,” and many more mentions of the city throughout the Jewish morning prayer service.

And then there were other references, like “the city called by Your name” and “May it be Your will… that the Holy Temple be rebuilt, speedily in our days.”

Then, after breakfast, my blessing “Al Hamichya” mentioned Jerusalem two more times. And for any meals including bread that might have followed, one of the main blessings that comprise the grace after meals would have the Holy City as its subject as well, beginning with a reference to “Jerusalem Your city” and ending “Who in His mercy builds Jerusalem.”

In each of the day’s two remaining prayer services, as in the morning one, the silent Amidah prayer includes a similar blessing.

Willful ignorance and animus toward Jews are nothing new to the world. But when something like this UNESCO resolution rears its head, truth still needs to be declared: No people, religion or government can claim a closer connection than Jews can to the Temple Mount, which we have faced thrice daily in prayer for millennia, and which we face to this day.