After Winning the Election, Here’s How Democrats Can Prevent the Next Donald Trump 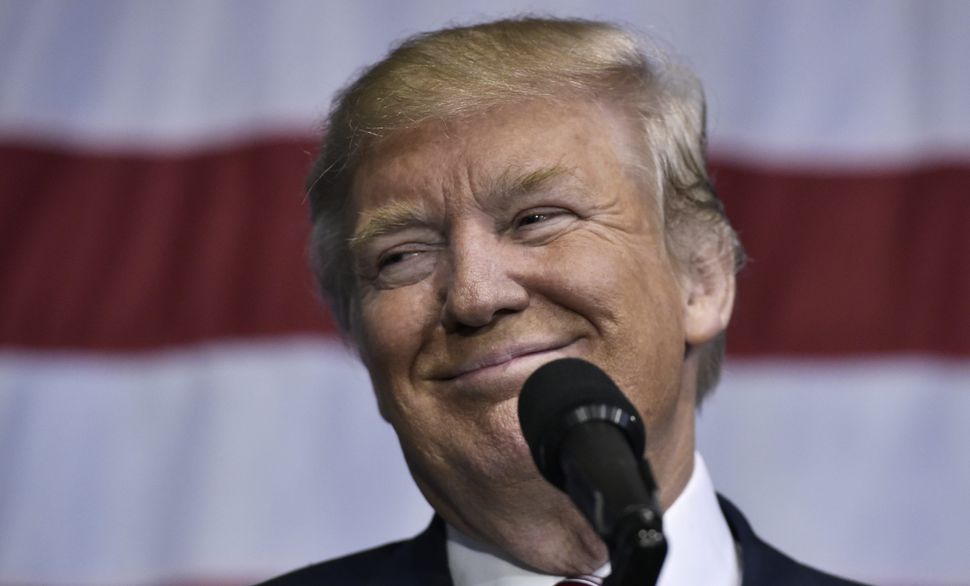 As the 2016 presidential race enters its final weeks, and Donald Trump’s campaign self-immolates before our eyes, the question that most troubles serious observers has less and less to do with who will win the presidency. The big worry right now is how Trump will behave in defeat.

Will he concede and move on? Or will he rant on with his crackpot theories of rigged elections and global conspiracies by shadowy financiers? Will he let democracy take its course, or will he try to incite his followers to attack the system?

These are important questions, but they raise another question that’s ultimately more consequential: How will Democrats behave in victory? Will they take Hillary Clinton’s expected electoral blowout and the Republicans’ epic crackup as a mandate for sweeping new liberal initiatives? Or will they see an opportunity to reach across the aisle and try to address the divisiveness that spawned the Trump phenomenon in the first place?

Two-fifths of the electorate — including a majority of America’s white majority — seems intent on voting for a wildly implausible mountebank, even as many of them admit he’s unfit. What can Democrats say to them?

For starters, remember that this election is a historic watershed. Never before in modern times has a major party nominated a presidential candidate as uniquely unfit as Trump. Not since the Civil War has our democracy so hung in the balance. What sets apart Trump is not any single disqualifying flaw but a combination. He’s dangerously ignorant of the workings of diplomacy, military strategy, international law, advanced weaponry and similar issues. He doesn’t know what’s in the Constitution. He doesn’t know how government works. He’s appallingly oblivious to the impact of a president’s words on financial markets and global stability. Compounding all these shortcomings, he tends to believe that he knows what he needs to know and doesn’t need educating, that wisdom accumulated over generations is just elite chatter. And then there’s his constitutional inability to endure personal criticism.

More alarming than anything Trump says or does, however, is the fact that despite everything we’ve learned about him, somewhere around 40% of the electorate, some 50 million people, are likely to vote for him.

Who are those people? Simply put, they’re white folks. An October 17 CBS News poll showed that while Trump is losing to Clinton 38%–47% overall, he’s leading among white voters by 45%–39%. Whites make up 66% of the overall population, but somewhere between 72% and 75% of voters.

On the surface, none of this should surprise us. The last time a Democrat won a majority of white voters was 1964. Since then, Democrats have built their hopes on a coalition of minorities, while the white majority has gathered around the GOP. Of 10 presidential elections between 1968 and 2004, Democrats won only three, and those by anomaly. One was the post-Watergate backlash of 1976. The other two, in 1992 and 1996, saw third-party candidate Ross Perot split the Republican vote, giving Bill Clinton a plurality.

More recently, America’s slowly growing demographic diversity has made the Democrats’ minority-based strategy less of a fantasy — as long as they can get the minorities to the polls and add a large enough slice of the white vote. This election has put white college graduates in the Democratic column for the first time since 1992. But less than one-third of whites have college degrees. Non-college-educated whites, otherwise known as the white working class, are nearly 68% of all whites, and 44% of the overall population. They’re solidly with Trump, 52% to Clinton’s 33%.

The Democrats’ minority coalition may win the White House, but it comes at a cost. For one thing, it brings disastrously low turnout for midterm elections, letting Republicans control statehouses and Congress. Second, it fuels the growing alienation and bitterness of the Republican base. That, in turn, fuels GOP intransigence and gridlock in Washington. It’s driven right-wing attacks on voting rights, abortion, tax justice and the climate.

This year, ironically, we learned that this angry white Republican base doesn’t even care about right-wing ideology. Trump doesn’t champion classic conservatism. He’s all about anger, protesting the economic woes of working-class whites and blaming it all on minorities and intellectual elites (that is, the Democratic base). Working-class whites eat it up.

Why? The easy answer is prejudice — racism, misogyny, homophobia. They certainly play a role. But naming them doesn’t offer a solution. You don’t win elections by name-calling. Nor should a political party be in the business of reforming the benighted — that’s the job of religion. Politics is about winning elections, gaining power in order to solve problems. Telling half the population you don’t like them is a bad way to start.

Democrats like to say it all goes back to Richard Nixon’s Southern Strategy, linking crime and riots with civil rights in white voters’ minds. That’s half the answer. The other half is the triumph of post-1960s bohemian liberalism. The left raised the banner of cultural change, of racial and gender issues as its top priorities. As much as the white working class abandoned the left, the left abandoned the white working class. The hippies vs. hardhats riots of the Vietnam era became the template for all future politics. Franklin Roosevelt’s New Deal coalition imploded.

The rise of television advertising made things worse. Money took over politics. Democrats were forced more than ever to rely on rich liberals. And theirs was a liberalism of sociocultural advance, not workers’ rights.

Not coincidentally, this 1970s-era transition coincided with an enormous growth of Jewish leverage in the Democratic Party. Jews, an eternally vulnerable minority, were the one significant demographic that didn’t move right as its income rose. And for Jews, liberalism was first of all about protecting minorities. It was a natural strategy. It has now outlived its usefulness. This year, 5777, is a good time for the Jewish community to start healing its own divisions and then use its political clout to foster a new spirit of bipartisan democracy — and, yes, aspiring to honor, not demean, majority rule.

Clinton looks certain to win the White House in November. In part that’s thanks to Republicans fleeing Trump. She can use her victory to double down on the traditional liberal agenda, or she can look for ways to heal the partisan divisions and find common ground. The first will worsen the divisions and pave the way for the next Trump. The second can turn the country around.

After Winning the Election, Here’s How Democrats Can Prevent the Next Donald Trump