Interfaith Kids Are Still Being Raised Jewish. Here’s How. 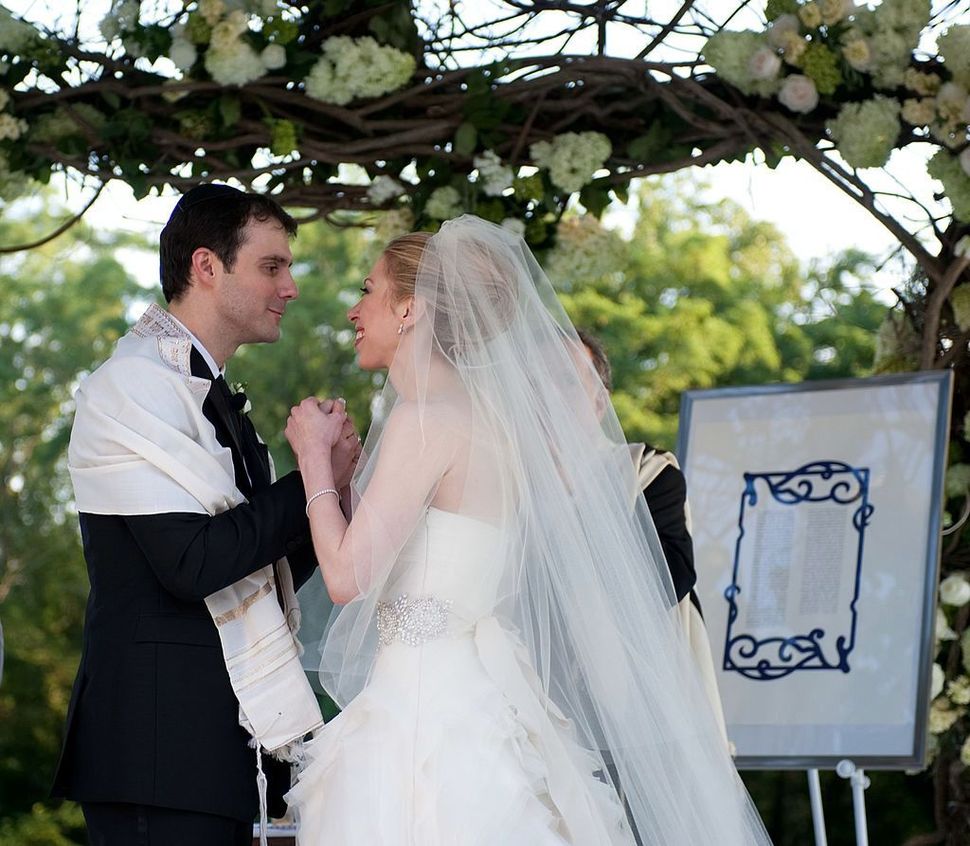 First, the relationship between interfaith marriage and a failure to raise Jewish children may not be causal. Often, the Jews who marry members of other religions (and religious “nones,” those who identify with no religion in sociological studies) do so because Judaism, or at least the attending-synagogue kind of Judaism, was never that important to them. Therefore, they did not seek out a Jewish spouse and are not investing energy in raising Jewish children. In these cases, interfaith marriage and the failure to raise Jewish children is correlated, rather than causal. The Pew data lends some support to this idea when researchers note that “Jews of no religion” (i.e., “cultural Jews”) are much more likely to be in interfaith marriages than Jews by religion.

Second, and more importantly, Cohen has a very narrow definition of what it means to be Jewish. He references evidence that the majority of children in interfaith families are not raised Jewish, but the 2013 Pew study of American Jews notes that while only 20 percent of interfaith couples raise their children exclusively Jewish by religion, an additional 41 percent of interfaith couples are raising their children either “Jewish-not-by-religion or mixed” or “partially Jewish by religion.” Over 60 percent of children of interfaith marriage are, then, being raised Jewish. It is just that some of them are being raised Jewish very differently than the traditional (or Cohen’s) Jewish community imagines that they should be.

For instance, a substantial number of interfaith families are what sociologists and scholars of religion refer to as “religious nones.” There are, of course, families in which both parents grew up as Jews and became religious nones. They often identify as secular or cultural Jews. Whether or not these households are interfaith, these families are not affiliated with religious organizations—they either reject institutional religion or simply do not find it relevant to daily life. Therefore, they do not join synagogues or churches, seek religious education for their children, or send their children to Jewish summer camps. According to the Pew study, the majority of American Jews do not think these activities are essential to Jewish identity.

The households of religious nones often do celebrate holidays in their own homes or with extended families. The children are often aware of and proud of their Jewish heritage, which they tend to describe as ethnic or cultural and which they, like many of the Jews surveyed by Pew, see represented in their commitment to education, in their senses of humor, and in a sense of Jewish history. The primary difference between households of religious nones which are Jewish and those which are interfaith are whether the children grow up with a sense of secular pride in more than one tradition. They are also excited about secularized versions of other holiday celebrations and raised to feel a sense of pride in their Scandinavian, Korean, or Greek heritage as well. But does a seder with grandparents cease to matter if the child eats a Greek Easter dinner with their other grandparents? These children, I would argue, are Jewish and something else—a plurality. That does not make them not Jewish. It simply makes them more than just Jewish.

While many Americans are more comfortable with the idea of multiple cultures than they are with multiple religions—we often talk about someone who is Irish and Italian but rarely someone who is Protestant and Catholic—many interfaith families actively work to keep all of the family’s religious identities in play. Sometimes those families do so within Jewish communities, with touches of another tradition being maintained at home. Sometimes they are actively engaged in two religious communities, with their children receiving religious instruction in both places. Sometimes they join communities in the growing movement of intentional interfaith communities, most of which are designed to offer Jewish and Christian religious education to children, highlighting similarities and teaching children about to approach the differences.

Sometimes these children grow up to see themselves as interfaith. Sometimes they become religious nones themselves. Sometimes they join the religion of their non-Jewish parent, which, in the United States, is often but not always Christianity. Sometimes they join third tradition. All of these children are, however, receiving a form of Jewish education and an experience that is in part Jewish. Is it Jewish in the same way that the Conservative movement’s Camp Ramah is Jewish? No, probably not. But then again, disagreement in how to be Jewish is not new. Nor is change in what being Jewish looks like.

Samira Mehta is an Assistant Professor of Religious Studies at Albright College. Follow her on Twitter @Samira_K_Mehta

Interfaith Kids Are Still Being Raised Jewish. Here’s How.