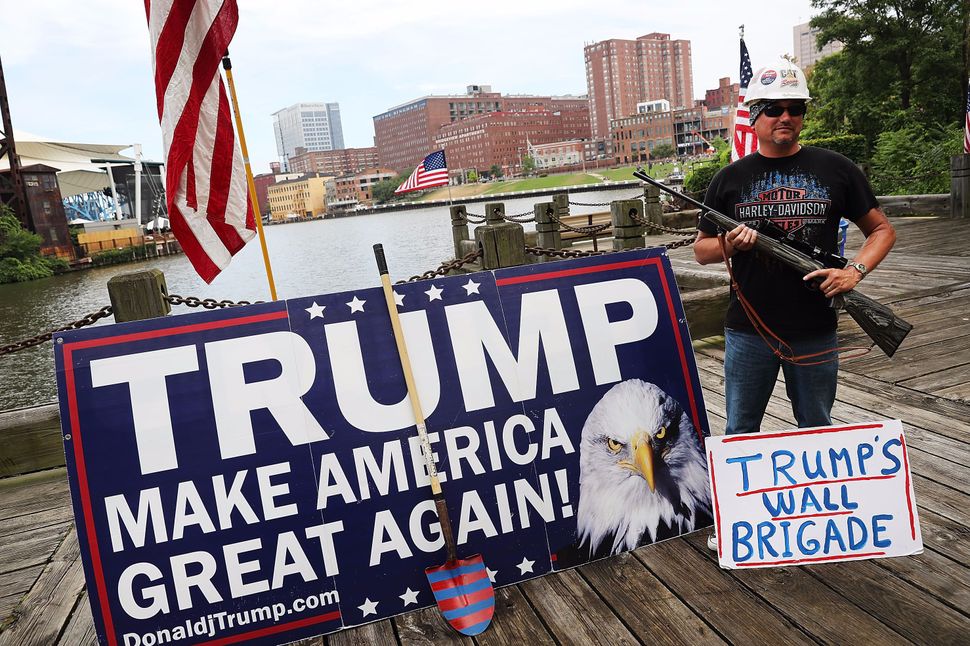 Donald Trump opened his presidential campaign by calling the United States “a dumping ground for everybody else’s problems.” He famously proclaimed that Mexico is not sending “their best” across the border, that Mexican immigrants are drug dealers, criminals and rapists. Practically in the same breath, he mentioned Islamic terrorism, Syria and ISIS. Racist, anti-immigrant rhetoric has been a key focus of Trump’s campaign from the start. But what exactly are his policies, and what would they mean for our country?

Early in his campaign, Trump vowed to deport all undocumented immigrants. Over the past few months, we have watched his focus shift from all “illegal” immigrants to “criminal aliens.” Fearful of losing loyal Republican voters, he now emphasizes all the crimes allegedly committed by undocumented immigrants, as well as the number of undocumented people in U.S. prisons (a number he grossly exaggerates).

Trump speaks in vague terms with little detail. His supporters cheer his xenophobia, but none stop to ask how he plans to carry out any of his goals. On his website, Trump outlines a “10 Point Plan to “put America first.” This “plan,” however, lacks practical details.

On “day one,” Trump would begin work on his impenetrable border wall and simply “move criminal aliens out.” He would also “immediately terminate” Obama’s Deferred Action for Childhood Arrivals (DACA) and Deferred Action for Parents of Americans (DAPA), programs that provide large numbers of long-time, law-abiding residents and families a legal path to citizenship. Trump also claims to be able to “ensure that other countries take their people back when we order them deported,” just as he would make Mexico pay for his wall.

One of Trump’s more frightening plans is to “end catch-and-release.” (First of all, we are talking about human beings, not fish.) “Anyone who illegally crosses the border will be detained until they are removed out of our country,” he claims, but where are we going to put them — in Trump hotels? Under what Trump calls “catch-and-release,” we are already facing a severe humanitarian crisis, with overcrowded detention centers in which foreign prisoners are not afforded the same basic rights U.S. citizens take for granted. Interpreters are in short supply for the multitude of languages spoken by detainees, and young children routinely appear in court to argue their own cases without legal counsel.

The Republican nominee also hopes to take power away from local governments by abolishing sanctuary cities, an ironic position for the party of small central government.

Trump’s xenophobia rests on two main pillars: the economy and national security. He claims immigrants are taking jobs from real Americans (those whose families immigrated les- recently) and somehow hurting our wages. He also plays on the fears of the American people, constantly reminding us of ISIS and “radical Islamic terrorism.” Multiple steps in his 10-point plan deal with vetting or screening potential visitors.

As part of his “solution,” Trump aims to shut down immigration from majority-Muslim countries, including war-torn Syria, at least temporarily. He recently called Syrian refugees “a great Trojan horse” and claims present policies allow terrorists to enter our country. We have seen this exact rhetoric before.

Our families came to this country for a better life. We fled religious and ethnic persecution and found safety in this land of the free. Trump, the son and grandson of immigrants, now seeks to close the door, just as it was closed to Jews trying to flee Europe.

Maya Wax Cavallaro is a linguist and activist living in Los Angeles.