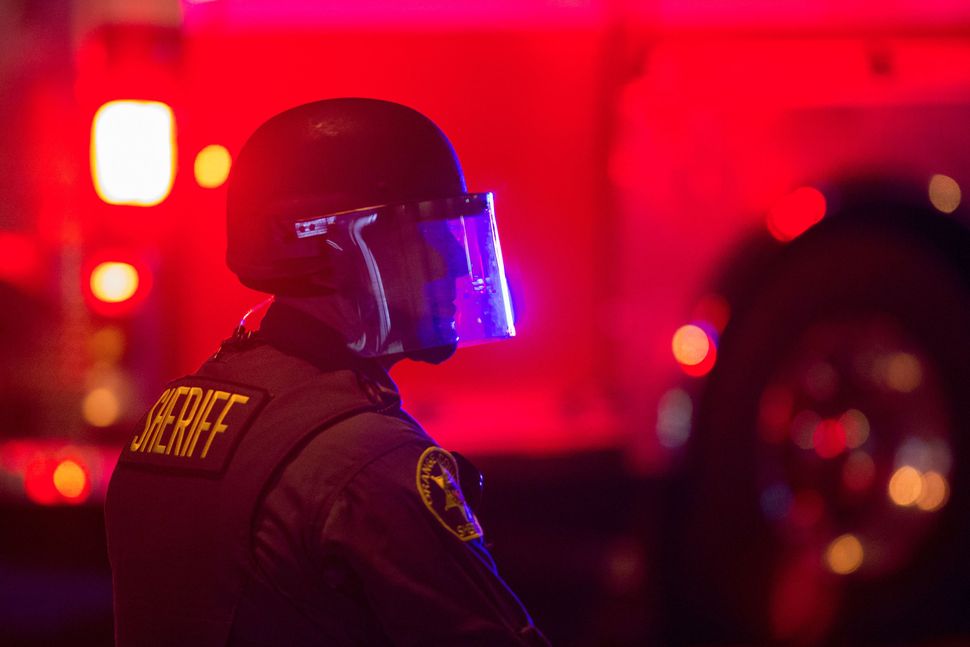 *This piece is part of a series about the issues in the 2016 presidential election.**

Does Donald Trump have a solid stance on police reform or racial justice? The official “Policies” page on the website for his campaign does not have anything listed related to these issues. While Hillary Clinton’s campaign website includes separate tabs for her positions on “criminal justice reform” and “racial justice,” Trump either doesn’t think these are issues important enough to be worth including, or he isn’t secure enough in his own position on these issues to display them prominently.

From what he has said in rallies, at debates, in writing, and in interviews, during this election cycle and throughout his decades in the public eye, it seems clear that Trump is not interested in reform or racial justice.

He expressed sympathy over the deaths of Alton Sterling and Philando Castile, but has consistently brought up gun violence in communities of color as an excuse for stop and frisk policies, despite the fact that stop and frisk was deemed unconstitutional due to its reliance on racial profiling. He supports body cameras for police, but believes it should be up to each precinct’s discretion whether to use them. Responding to a survey by the Fraternal Order of Police (who have since endorsed him), he stated that he would repeal President Obama’s executive order banning certain military-grade weapons and equipment from local and state police departments. He also said that police should receive federal grants with no strings attached, that race-based data collection should be pursued if shown to help prevent crime, and referred to violence against police as “hate-crimes” that should be heavily punished.

On the page dedicated to Trump’s position on the Constitution, he (or his advisers and writers) state, “No one is above the law,” but it would seem that he wants to allow the police to be exactly that. Effectively, Trump is in favor of maintaining the law enforcement and criminal justice systems exactly as is, perhaps giving them even more power, money, and weapons, to kill civilians, particularly in Black and Brown communities, with impunity.

As a rabbi, I believe that each person is created b’tselem Elohim, in the image of God. I am deeply disturbed by this “Law and Order” candidate who has shown so little regard for the lives of certain types of people in this country. His tendency to advocate violence against protesters, blame progressive activists for racial tension, and retweet false information from White Supremacists and neo-Nazis should be of concern to anyone who believes in the sanctity of life and who wants unity and peace in the United States.

Liz Goldstein is the Rabbi based in Virginia.