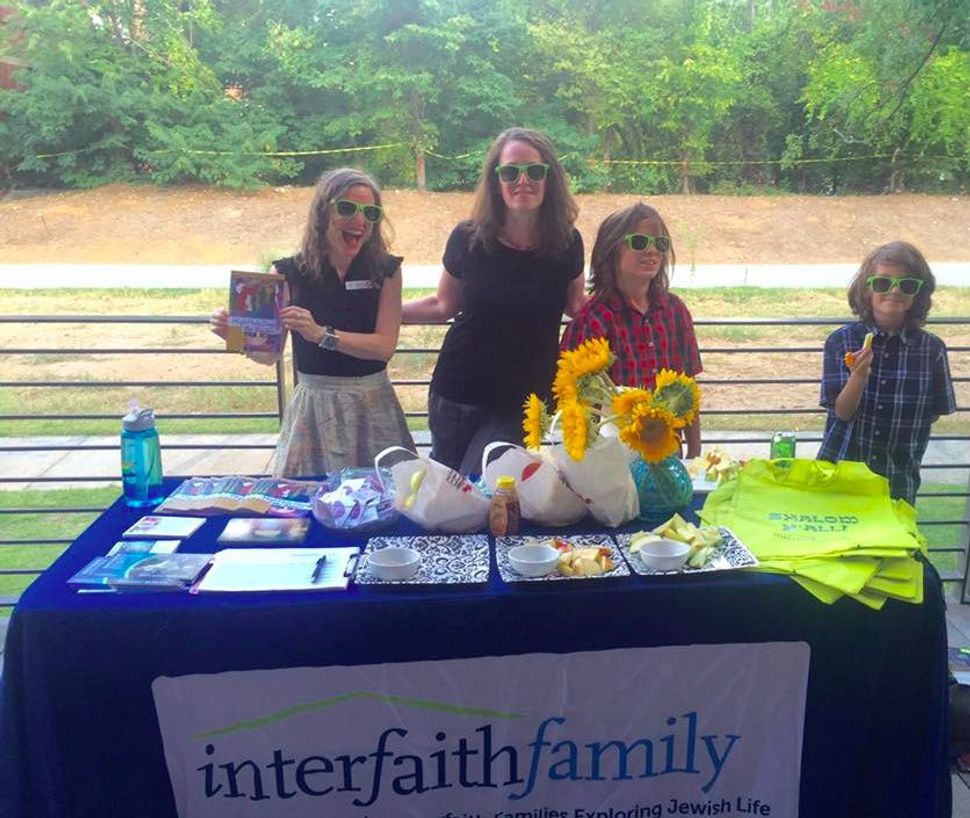 Image by Courtesy of Laurel Snyder 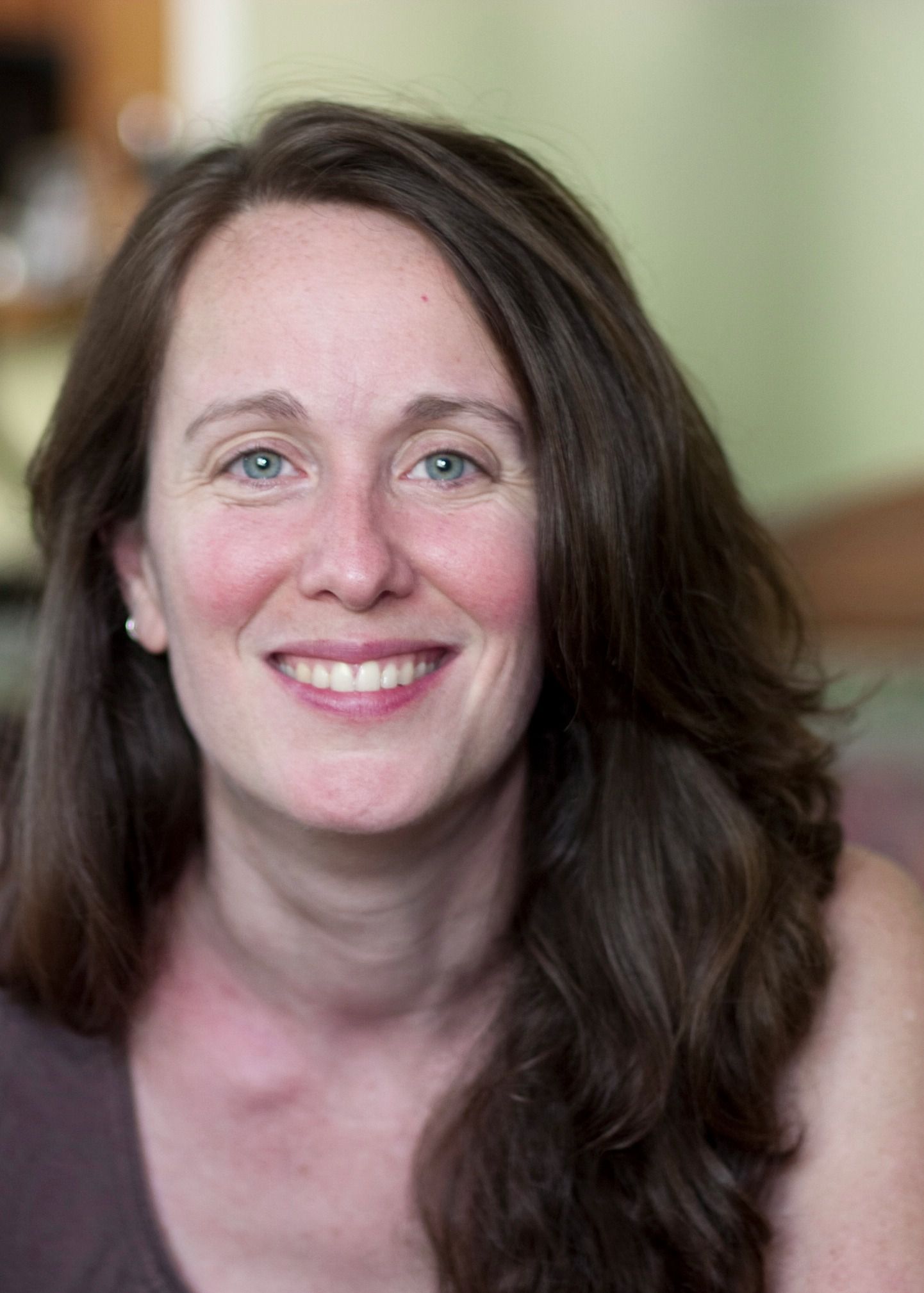 In late October, I flew to Philadelphia because my employer, InterfaithFamily, had decided to host an Interfaith Opportunity Summit there. Honestly, I didn’t really know what to expect from the summit. I’d never been to a summit before. And attending this one wasn’t just a professional duty; for me — the daughter of an intermarried couple who is now also intermarried — it was deeply personal.

In Philadelphia, nearly 300 Jewish leaders gathered to discuss the subject of intermarriage with nuance and passion, with fresh ideas and curiosity. It was an intense experience for me — all those people, talking about this issue. And not just talking, but wrestling with it, trying to rethink how the Jewish community can better respond to the needs of people like me. I’d been waiting a long time for that moment. I’d never expected to actually see it. So many of the institutions I’d assumed would never try to understand me were there. Rabbis from different denominations. CEOs of federations. Jewish schools and publications. Everyone.

The event was not easy. At moments, it was really challenging. People were blunt and honest. People said things they’d been needing to say for a long time. People wrestled — really wrestled — with history and halacha (Jewish law), with each other. And I think most of us went home still trying to process everything. I’m not sure anyone really knows what the next step should be.

But it’s clear to me that the interfaith conversation in the Jewish community has changed a lot over the past decade.

Now that I’m back home in Atlanta, I’m feeling hopeful. All my life, I’ve wanted to gather these people together. I’ve longed for my own authentic Jewish community. A Jewish community where I don’t feel less-than. The past ten years, I’ve worked for it actively. But even when I was included, I still often felt outside, different, not quite part of the tribe.

A decade ago, I published a book called “Half/Life: Jew-ish Tales from Interfaith Homes.” I wasn’t really an editor or a non-fiction writer at the time. I was a poet. But in my MFA program, I’d realized a funny thing — that a disproportionate number of my fellow students came from “half-Jewish” (we called it that back then) homes like mine. We’d drink in dive bars and share memories of our weird blended childhoods.

That felt wonderful to me. After a lifetime of feeling isolated in my half-ness, I had found a small cohort. Not a synagogue or a havurah, but a circle nonetheless. Suddenly, I felt less alone, and I wanted to solidify that. I wanted to share my newfound circle with other people. More people! Pulling together an anthology of our stories felt like a way for me to gather people together. Maybe even a way for me to establish my fractured non-Jewish-identity as an identity.

The problem was that the writers weren’t enough. Once I had stories, I needed to find a publisher, and it took a small press called Soft Skull to make my idea into an actual book. I still remember how, the first time I met him, Richard Nash laughed and said something like, “I publish the books nobody else wants to touch. Come back to me when the Jewish publishers turn you down.”

How I wanted a Jewish publisher! Looking back, I think I wanted the legitimacy that would confer. I wanted a hechsher, for someone to brand this project of mine as truly Jewish. But no. The Jewish publishers rejected the manuscript, and for that I’ll be forever grateful. Soft Skull was exactly the right publisher for the book in that moment. Nobody else I’d encountered in the institutional Jewish world seemed open to an authentic discussion of intermarriage. Why should this moment be any different? I needed a publisher who reflected the project, the moment I was in. It was good.

But a moment is only a moment, and the truth is that the Jewish community has been opening, loosening. Over the decade since “Half/Life” came out, many institutions have begun to examine themselves. So I’ve done a lot of public speaking. I’ve visited synagogues and JCCs. I’ve told my story in museums and libraries. I’ve consoled grandparents, conducted informal counseling sessions, witnessed rage and listened to countless people share their own Jewish half-lives.

Just as I’d hoped it would, the book became a sort of passcode. It helped me to connect and gather people together. In many ways, I think it helped me heal. But always, I was at the front of the room, a visitor, a specimen or rabble-rouser. And after a few hours, it was always time for me to leave.

Then, about a year ago, after a decade as a self-employed writer, with no particular interest in having a day job, I noticed a post fly by me on Facebook. InterfaithFamily was hiring in Atlanta, where I happened to live. The post intrigued me. A job creating Interfaith Jewish community? A job gathering people together? I applied, and went to work.

In some ways, my new job was exactly what I’d been doing for years — connecting with people, sharing stories. But this felt different. I wasn’t alone anymore. I now worked daily with a thoughtful open-minded rabbi, a woman invested in doing the same important work I wanted to do. I spent a year arranging classes and parties, book clubs and dinners. I spent a year in conversation in and around this topic I cared so much about.

We’ve done a good job, I think, here in Atlanta. People show up. On Rosh Hashanah this year, 100 people joined us for tashlich and a potluck dinner. Among them were people I’d known for years, but never known to be intermarried. The event felt more than symbolic. It felt like real change. Looking around at this sea of people — my own local people — that I’d gathered together, I didn’t feel even a little bit alone. Who could ask for more?

To my surprise, in Philadelphia this past month, I found more. There I found community in a new way. Because I wasn’t stirring the pot. I wasn’t making it happen. I wasn’t gathering the people. Rather, the people had gathered, and I was among them. Just a person. Just a Jew. An intermarried daughter of intermarriage, sitting in on a text study, chatting with the rabbis. Just part of the group.

I know this rosy glow will fade. I know we haven’t solved any problems yet, really. But for the first time, I felt like my community — which is to say, the Jewish community — really wanted to try. And that’s a lot.

Laurel Snyder is the author of books like “Bigger than a Bread Box” and “Baxter, the Pig Who Wanted To Be Kosher.” She is the program manager at InterfaithFamily in Atlanta. Find her online at laurelsnyder.com or on Twitter @laurelsnyder