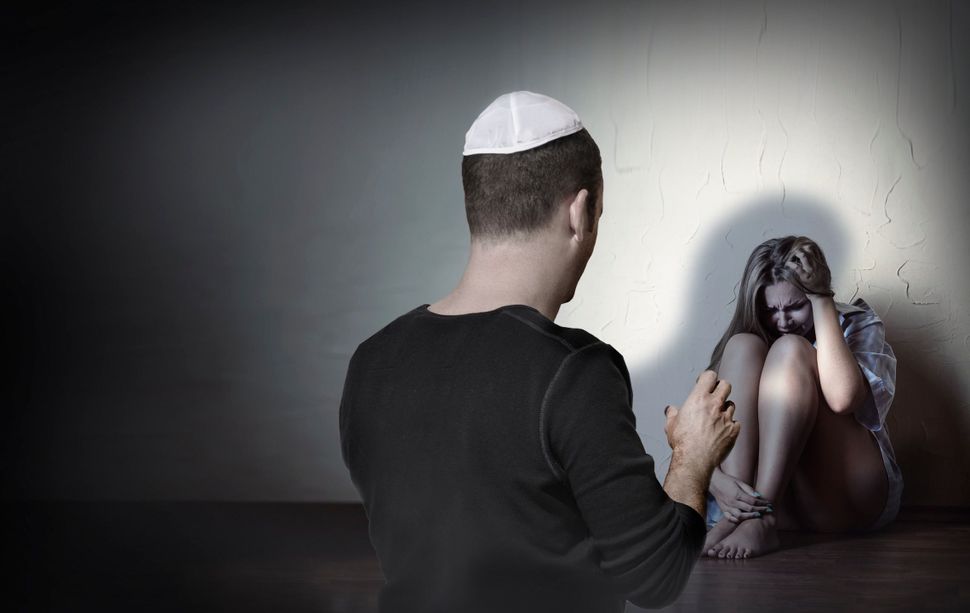 The day that journalist Danielle Berrin published her first-person account accusing Israeli writer Ari Shavit of sexual misconduct, I was talking to a gentlemanly guy approaching his 70s, who expressed disgust and outrage at the situation. He asked me: “Is this what it’s like to be a woman? Are you always vulnerable to being seen, first and foremost, as a sexual conquest?”

The clueless sincerity of his question struck me. Yes, this is what it’s like. Sexual misconduct, and worse, happens every day — even among Jews, even in Jewish spaces.

I decided to sketch for him a thumbnail portrait of what it’s like to be a woman, particularly one born into a world before the concept of sexual misconduct was crystallized. Turning myself into a focus group of one, I provided a brief overview of the innumerable incidents since childhood that have marked me as a sexual object. Incidents that simply got woven into the fabric of my life, branding me not as a victim but simply as female. Incidents that made me vigilant as the mother of a daughter. Incidents I rarely think about nowadays, except for a select few:

An attack by a group of boys on a quiet country road in Nyack, NY, at Camp Ramah, the summer before I turned 11, from which I narrowly escaped.

An encounter in the hallway with a creepy custodian at the North Shore Hebrew Academy in Great Neck when I was 12.

The male biology teacher who called me Bubbles, “because she was a famous fan dancer” and I reminded him of her.

The men who groped me and my younger sister daily on the three subway trains we took from our home in Queens to the Ramaz Upper School in Manhattan, trips that familiarized us with the male anatomy.

The well-known author and English professor at Queens College who kept inviting me to his house for the weekend, when his wife was away (I was his intern).

The leering comments at the Israeli newspaper where I applied for an internship in 1980, when I was on my Junior Year Abroad program at Hebrew University, which created an atmosphere so uncomfortable that I fled.

And then there was the 27-year-old graduate student in philosophy who date-raped me when I was 18 years old. I recently Googled him to discover that he wears a yarmulke in his headshots. He is a respected academic, author and family man. For more than a decade I told no one about what had happened, believing it was my fault. Then I found a therapist who helped me name what had taken place.

“Oh,” said my gentlemanly interlocutor, waving his hand. “That’s something else, date rape. We’re talking about being harassed as a woman.”

To be very clear, Shavit is not accused of rape. He is accused of sexual misconduct. My sense of him is of a basically decent — maybe even schleppy — man whose sudden fame got to his head, made him feel powerful and sexy, and triggered that fatal flaw: male entitlement. As of the writing of this essay, he has commendably peddled away from his initial ludicrous statement — that he’d thought what was going on between him and Berrin (the grabbing, the propositioning) was just “courtship” or flirtation — and he has now done a very un-Trump thing: He has apologized without qualification.

Still, the Shavit scandal has brought up all these memories for me. It’s made me wonder whether Berrin’s decision to out him will open the door to other revelations about famous Jewish men also publicly perceived as mensches.

I’ve had many conversations with female friends over this past week in which we’ve traded war stories. Some of them took my breath away, brought tears to my eyes or made me furious. My conclusion is that the Shavit story is a teachable moment wherein our community might come to terms with a simple reality: Beyond the high-profile alleged offenders, there exists a covert cadre of Jewish guys with dark secrets, whether from decades ago or from recent years.

These are guys you would never suspect of any wrongdoing. Guys we worked with and studied with and dated and called counselor or teacher or, most horribly, rabbi. Guys who might chafe at the notion that they behaved as sexual predators.

Shira Dicker is a writer, activist and performer who has spent over two decades creating awareness for important people, projects and ideas. She lives with her husband in Manhattan’s Morningside Heights. Follow her on Twitter, @shiraaahh