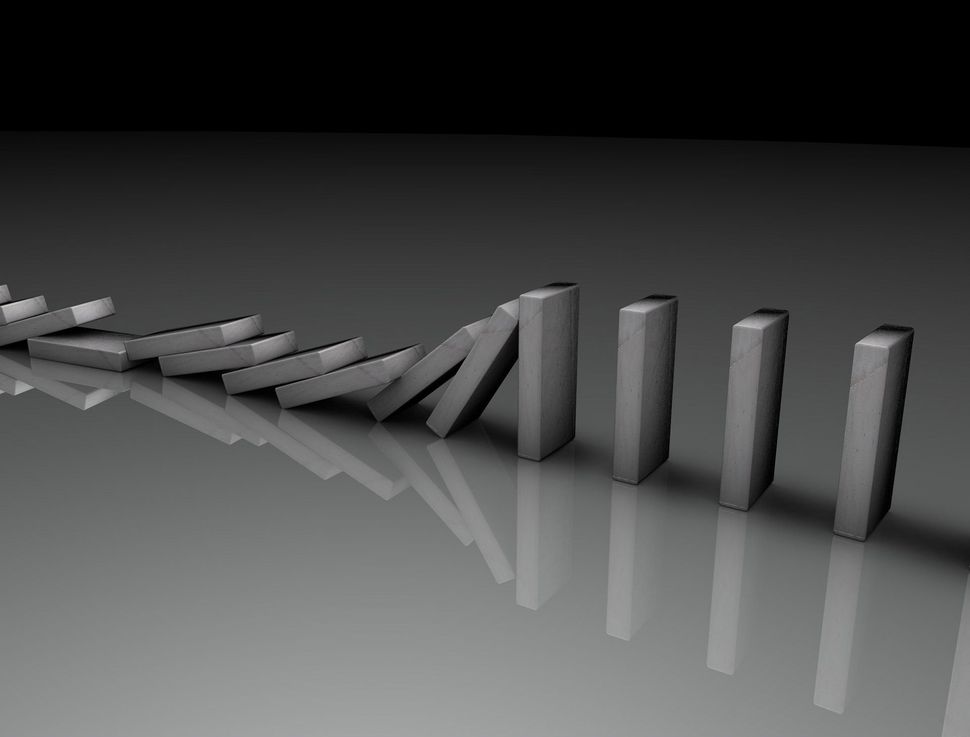 The election of a Putinist fellow traveller to the White House is not just bad news for America but Europe too.

Spare a thought for the people of Ukraine, Bosnia, and Kosovo, Latvia, Lithuania and Estonia, who now face unbridled Russian interference in their internal affairs and the possible dismemberment of their homelands, knowing that the United States will no longer shield them.

Donald Trump’s unexpected, blood-curdling victory on Tuesday confirmed the fear that a movement of populist nativism is sweeping much of the western world. A wave that began in the so-called Visegrád states of Poland, Hungary, Czech Republic, and Slovakia — Hungary’s Viktor Orbán was a Trumpian figure before there even was a Donald Trump — and in the United Kingdom with the Brexit vote has washed up on the shores of the United States.

The “alt-right” in Europe and the United States is white, Christian and ultra-nationalist, supportive of protectionism and isolationism, apologetic for Vladimir Putin and blind to Bashar al-Assad. It’s also vociferously opposed to immigration, Islam and the EU. Nigel Farage, Marine Le Pen and Geert Wilders have been effusive in their praise of Trump; his win “is not the end of the world,” France’s far-right leader said ominously, “but the end of a world.”

This year, Farage claimed, is “the year of political revolution.” If anything, this is a counter-revolution. The Russian thinker, Alexander Herzen, once observed that the death of the contemporary forms of social order leave behind “not an heir but a pregnant widow. Between the death of the one and the birth of the other, much water will flow by, a long night of chaos and desolation will pass.” As Europe and America turn technicolor, globalized and internationalized, multi- as opposed to monocultural, so we must experience, in the form of a ‘whitelash,’ the chaos and desolation that Herzen’s wisdom promises.

Whether the United States is where this “alt-right” movement — which brought to the country an unprecedented modern anti-Semitism — goes to die, or finds renewed life and vigor, will very much depend upon the success of the Trump presidency: however one might measure that. But it will also be determined by a number of key elections in Europe in the next twelve months, which pit populist choices against traditional liberal or conservative ones.

The electoral season begins on December 4 in Italy and Austria. Italy’s center-left Prime Minister Matteo Renzi has called a referendum on constitutional reforms that has turned into a verdict on his tenure in office. Should the reforms fail, Renzi has pledged to resign, a move that will surely only empower the renegade populist Five Star Movement, led by the buffoonish comedian Beppe Grillo. As David Cameron found out, if you’re stupid enough to call a referendum, you’re asking for a bloody nose.

In Austria, Norbert Hofer of the far-right Freedom Party of Austria and the Greens’ Alexander van der Bellen will recontest the second round of the presidential election. Van der Bellen narrowly won the race when it was first staged in May, but that success was challenged by Hofer and annulled by the courts over issues with postal voting. There is no guarantee that the initial result can be replicated or that the energy required to mobilize anti-populist voters can be summoned anew.

After Dutch parliamentary elections in March 2017, with Wilders’ Party for Freedom on the ballot, attention turns to France in April and May, when Le Pen and the National Front have their best shot at the presidency since 2002. The republican front — a marriage of convenience between left and right that has long kept the far right out of power — is crumbling. The left, in the form of the Socialist Party, are a spent force in French politics, with President François Hollande’s approval rating of 4% a record low.

If Nicolas Sarkozy wins the nomination of the right, meanwhile, and the final choice on the ballot paper in May is between him and Le Pen, the left might very well be inclined to simply stay home, handing power to the National Front by default. Alain Juppé is a potential candidate who could unite left and right, but it is terrifying to think that be the only thing standing between us and the collapse of the Fifth Republic and unraveling of the entire European project might be a slightly uninspiring 71-year-old former prime minister.

The final test for populism in Europe will come around October in Germany. Since the summer of 2015, the peak of Europe’s refugee crisis, Angela Merkel’s popularity has fallen as the anti-immigrant Alternative for Germany party has ascended, undermining the possibility of her forming another government with the Social Democrats. Merkel, with her pro-European values, kindness towards refugees, and skepticism towards Putin, would be the ultimate populist scalp.

Brexit was not the first western domino to fall, but Trump’s election is a massive wrecking ball heading towards six months of European election dominoes. European governance as we know it may not survive its effects.