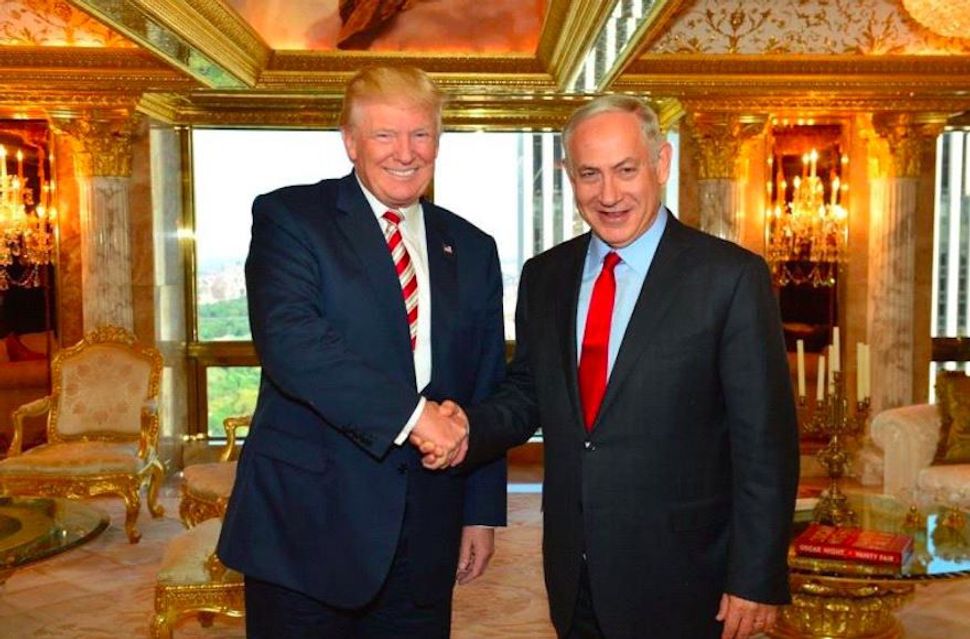 The Israeli government has expressed elation in reaction to Donald Trump’s electoral victory. Likud MK Yehuda Glick invited Trump to visit the territories to “see with his own eyes that settlements are the way to peace.” Ayelet Shaked, Israel’s justice minister, expressed hope that the president-elect would fulfill his promise to move the U.S. embassy to Jerusalem.

And Israeli Minister of Education Naftali Bennett, who has called for annexing parts of the West Bank, insisted that Trump’s victory signals that “the era of a Palestinian state is over.”

There are at least two lessons to be learned here.

First, while it may be disturbing to those who had pinned their hopes on a two-state solution, Bennett’s declaration makes clear what has already been obvious for some time: Israel already is governing a single entity from the river to the sea. Linking equality for Palestinians to an ever-distant two-state solution has become not only unrealistic, but also dangerous. Waiting for an imaginary state to materialize means that the struggle to bring democracy to the one state that does exist is being denied. Instead, we must push for all the area’s residents — some of whom are citizens and some of whom are stateless — to be granted equal rights, justice and protection of life and limb.

Second, the fact that Israel’s leaders have so warmly embraced Trump, a figure whose victory was fueled by racism and xenophobia, underlines how this brand of divisiveness has long been a mainstay of Israeli politics. We suggest that the struggle to oppose Trump’s racism and xenophobia should proceed in parallel with the fight for justice in Israel-Palestine.

The parallels between Trump’s America and Benjamin Netanyahu’s Israel are many. In the lead-up to 1948, the forerunners to the Israeli army forced the majority of certain ethnic groups to leave, and after independence, Israel prevented those fleeing from returning. Israel has fashioned an immigration policy around religion and ethnicity, and since 2003 has been building and maintaining a wall to keep out undesirables. Mind you, Trump’s proposed wall between the United States and Mexico would follow a legitimate international border, whereas Israel’s West Bank barrier snakes through areas that Israel currently governs, in many cases separating Palestinian residents from access to land and livelihood.

Trump’s proposal to force all Muslims in the United States to register with a federal agency is especially chilling. But this, too, bears striking similarity to Israel. Until 2005, Israeli identity cards classified citizens according to ethnic origin; now the ethnicity/religion distinctions are contained in the records of Israel’s national population registry. The sticker system used by Israeli airport authorities signaling whether the traveler is Jewish or Arab, among other things, is by now well known. These parallels between Trump’s vision for America and contemporary Israel are important.

Yet despite the parallels between the U.S. and its closest ally, millions of Americans, including the vast majority of American Jews, are rightfully angered and frightened by the U.S. election results. The Southern Poverty Law Center reports over 200 incidents of “hateful harassment and intimidation” since the election. These have included attacks on Muslims, Latinos, LGBTQ individuals and Jews. Meanwhile, Trump has been embraced by neo-Nazi groups and the Ku Klux Klan. Just as the U.S. starts mimicking Israel, most Jews have become deeply uncomfortable.

Let us be perfectly clear: We don’t advocate a turning away from America; Americans and those close to them must continue to fight for democratic values of equality and inclusion while actively standing in solidarity with those most vulnerable. Neither do we suggest a turning away from Israel. But being pro-Israel in an inclusive sense will mean a different form of engagement. It will mean direct pressure — in various non-violent forms — to demand justice and human rights. This won’t be easy for the many American Jews who are accustomed to expressing their identity in terms of automatic support for Israel. But when it comes to dignity and human rights, the time has passed for exceptionalism. Racism and exclusion are unacceptable everywhere, be it in friendly states or hostile ones, and we need to be consistent.

Coalition-building has become central among progressive groups in North America. Groups like Black Lives Matter, Students for Justice in Palestine and the U.S. Campaign for Palestinian Rights have linked the struggle for tolerance and inclusion in the U.S. and abroad. These groups already count many Jewish members or supporters. And those involved in specifically Jewish groups like Jewish Voice for Peace, If Not Now, Center for Jewish Nonviolence and T’ruah have placed human rights in Israel-Palestine at the core of their Jewish identity. Obviously, we may disagree with each other on certain issues. But taking a unified stand against all forms of intolerance and hatred is far more urgent than the particular issues that may divide us.

Given the deep ties between the two countries, the fate of America and Israel — including the Palestinians under Israeli rule — are intertwined. To this end, American Jews have a crucial role to play.