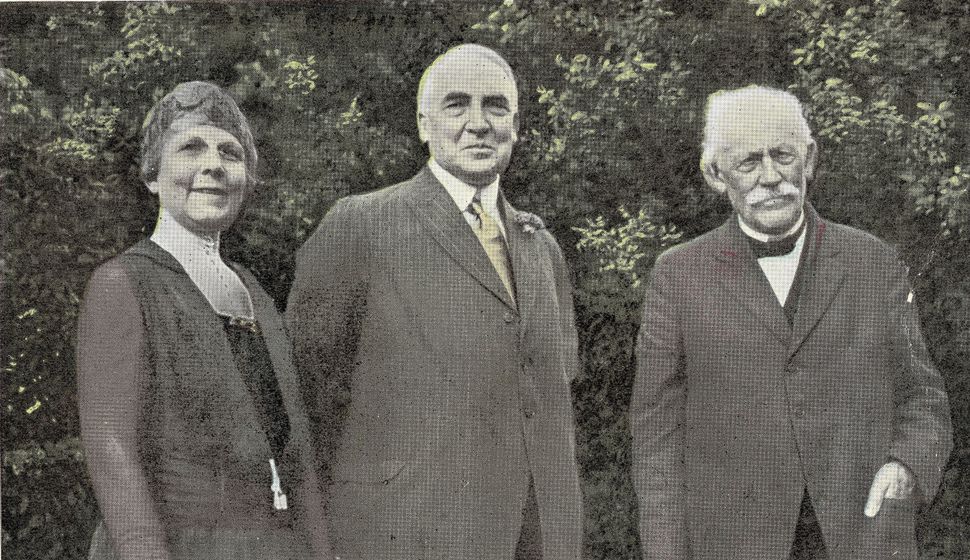 “America First!” “Absolute control of the United States by the United States!” “Return to Normalcy!” These may sound like slogans emanating from the campaign of Donald J. Trump, but in fact they date back to 1920, when Warren G. Harding was elected president.

The Harding election, like that of Trump, represented a sharp and shocking break from the policies of the previous Democratic administration, the liberal presidency of Woodrow Wilson. The ugliness that accompanied the administration of the conservative-minded Harding, and responses to it, offer lessons and perhaps even some solace for our own troubled times.

Harding’s election spelled the death-knell to the last Jewish hopes that America’s gates might be kept open, at least for victims of persecution. The Emergency Immigration Act of 1921 limited, for the first time, the total number of immigrants who could be admitted into the United States and also introduced a country by country quota that made it particularly difficult for Jews from Russia and Poland to obtain immigration certificates. Meanwhile, more immigrants than ever before were deported for their political views, and entry requirements at Ellis Island were tightened. “Chauvinistic nationalism is rampant,” Louis Marshall, the foremost American Jewish leader of his day and a strong proponent of liberal immigration privately complained. “The hatred of everything foreign has become an obsession.”

Nor was hatred confined only to foreigners. Domestically, hatred of blacks, Catholics, Jews and others surged across the United States in the wake of the Harding election, so much so that historian John Higham famously dubbed the era “The Tribal Twenties.” The Ku Klux Klan, reborn as a small Georgia operation in 1915, flourished under the new administration; at its peak in the 1920s it claimed a membership of 4 to 5 million white males. Numerous municipalities and at least one state, Oregon, enacted laws effectively banning Catholic parochial schools. Discrimination against Jews likewise magnified. Harvard, Yale, Princeton and numerous other universities, private and public, limited Jewish student enrollments, as did innumerable private academies and preparatory schools. Fraternities, clubs, hotels and resorts, in many cases, shut Jews out completely.

What alarmed Jews more than all of this during the 1920s was the anti-Semitic campaign of one of President Harding’s premier supporters, the famous automaker Henry Ford. For 91 straight issues Ford’s widely-distributed weekly newspaper, The Dearborn Independent, portrayed a purported “international Jewish conspiracy” based on the notorious anti-Semitic forgery known as “The Protocols of the Elders of Zion.” Four volumes titled “The International Jew,” drawn from the series, reprinted these scurrilous charges and disseminated them in hundreds of thousands of copies. Chapters, parallel to vituperative headlines of the “alt-right” today, screamed “Does Jewish Power Control the World Press?” and “How Jewish International Finance Functions.” 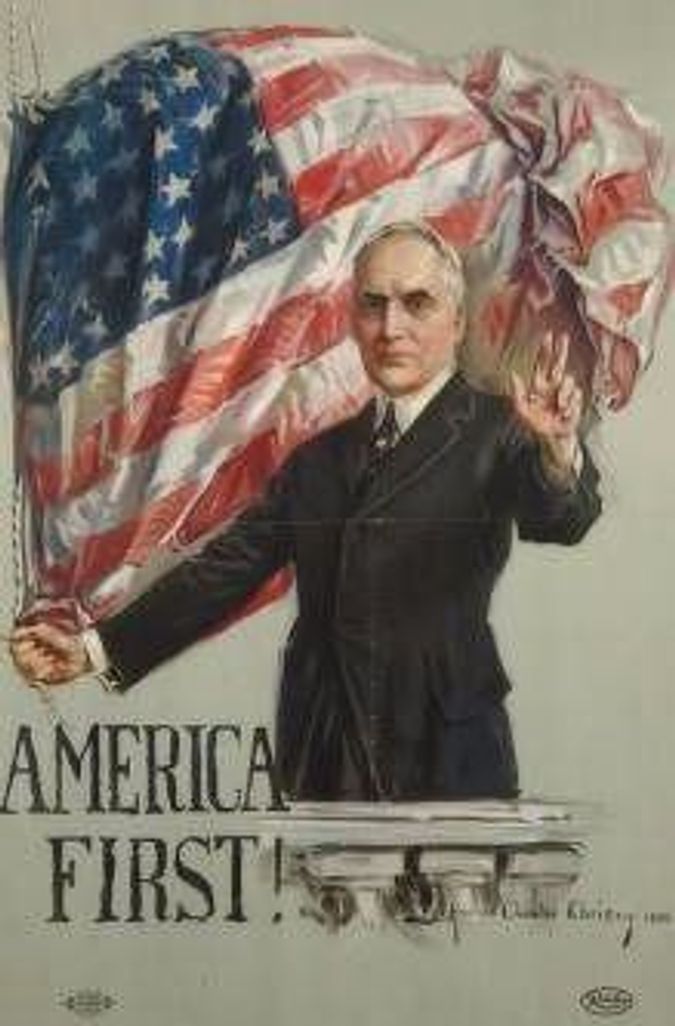 Bad as things were during the Harding era and the years that followed, it is important to underscore that nothing in 1920s America paralleled what happened in Germany with the rise of Adolf Hitler — nor, in my view, does the election of Donald Trump auger any such cataclysm today. With the advent of the Hitler regime, Jews in Germany not only faced hatred and discrimination, they also lost their livelihoods and savings and were physically endangered. In the United States, by contrast, Jews faced hatred and discrimination under Harding, but their economic and physical wellbeing remained largely secure.

Confronting hatred, back in the 1920s, involved three strategies that remain relevant for Jews facing parallel challenges in 2016.

First, Jews assisted and supported one another. Victims of intolerance knew that Jewish friends and neighbors, as well as Jewish organizations, would stand behind them. No Jew had to battle antisemitism alone.

Second, Jews fought back. They mounted publicity campaigns and sponsored a torrent of books and articles designed to expose and rebut anti-Semitic charges. They also went to court on Jews’ behalf. Louis Marshall filed lawsuits aimed at assisting those seeking to immigrate, and led the American Jewish Committee into countless legal battles against anti-Semites. Lawyer-activist Aaron Sapiro courageously sued Henry Ford, causing the automaker in 1927 to issue a humiliating apology (drafted by Louis Marshall) “for resurrecting exploded fictions, for giving currency…to gross forgeries, and for contending that the Jews have been engaged in a conspiracy.”

Third, Jews allied with other groups in the battle against hatred. They cooperated with non-Jewish supporters of liberal immigration laws. They assisted the NAACP in its legal battles on behalf of African Americans. They wrote a strong supporting brief in a successful bid to overturn Oregon’s ban on Catholic parochial schools. Long before the theory of “intersectionality” was even invented, Jews in the 1920s understood that if they aimed to change the temper of their times they needed minority-group allies to work with them.

Looking back, what is remarkable about the 1920s is that in spite of the tribalism and ugliness that characterized the era, Jews nevertheless managed to thrive economically. As the stock market rose and personal fortunes grew, Jews invested in their communities, building opulent synagogues as well as educational institutions like Yeshiva College. Deborah Dash Moore argues, in her book on this period, that Jews during the 1920s actually became “at home in America.”

The paradox, then, is that the hatred unleashed against Jews following the election of Warren G. Harding worked in the end to make the American Jewish community stronger. One wonders, will the result of Donald J. Trump’s election ultimately prove to be the same?

Jonathan D. Sarna is University Professor and Joseph H. & Belle R. Braun Professor of American Jewish History at Brandeis University. He is currently serving as a fellow at the Israel Institute for Advanced Studies in Jerusalem.