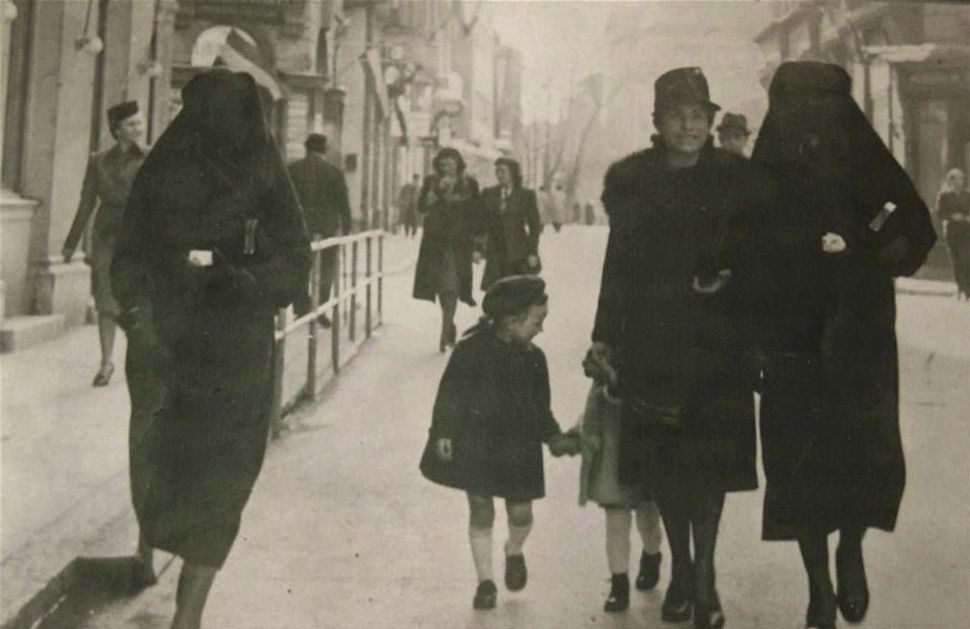 In the wake of the election, hate crimes against Muslims have skyrocketed.

Now more than ever, it’s our duty as Jews to stand in solidarity with and in defense of Muslim Americans. This is true because Islamophobic hatred is inherently an unacceptable injustice. It’s also true because we know what it is to feel targeted, hunted, and in this sort of danger — and because, when we were, there were Muslims who fought for us.

Here are three stories, among many, of Muslims who stood against fascism, race hatred and bigotry during the Holocaust, and saved the lives of Jewish people when others would not.

The picture below shows Zejneba Hardaga guiding a Jewish woman (Rivka Kavillo) and her children down a street in Sarajevo in 1941. As they walk, Zejneba covers Rivka’s yellow star with her veil. The Hardagas let the Kavillos (including their children and Rivka’s husband, Josef) stay in their home until Josef was able to get his wife to an area where they were relatively safe. Afterward, they continued to hide Josef despite the fact that Gestapo headquarters were nearby, and despite the fact that the town was plastered with signs warning that anyone caught housing a Jew would be killed. Josef eventually joined his wife and children, and they all survived the war. 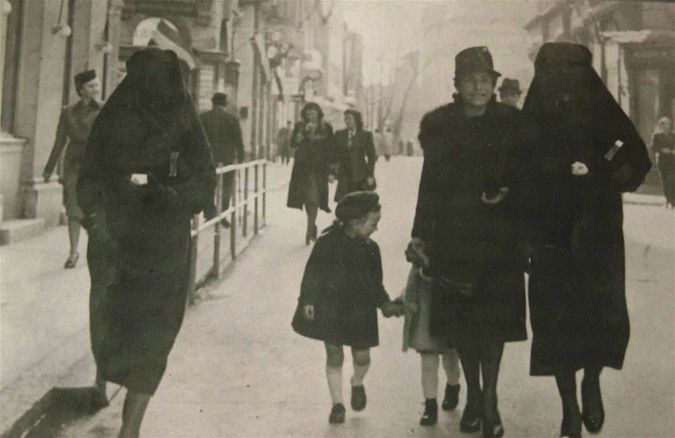 Pashkaj owned a general store in Pukë, Albania. One day, a German transport came by his store with 19 Albanian prisoners on their way to hard labor, and a Jewish man, Yeoshua Baruchowiç, who was going to be shot. Pashkaj invited the Nazis into his store and offered them food and wine, deliberately getting them drunk. Meanwhile, he hid a note in a piece of melon and gave it to Baruchowiç, telling him to flee into the woods to a designated place. When the Nazis came to and realized their prisoner was gone, they brought Pashkaj into the village, lined him up against a wall and interrogated him about the Jewish man, putting a gun to his head and threatening to shoot, and even threatening to burn down the whole village if Pashkaj didn’t tell them where he was. Pashkaj refused to tell them anything, and, miraculously, the Nazis gave up and left. Pashkaj then went out to the forest, found Baruchowiç, and hid him in his home for two years until the war was over.

Hoxha, who was a well known teacher and religious leader in Vlorë, Albania, sheltered four Jewish families when the Nazis moved into Albania from Greece. As recalled by his son, he told them that “Now we are all one family,” and promised to defend them even at the cost of his own life. Hoxha hid the families in underground bunkers that extended from the main house. They fed and housed the families throughout the war and enabled them to survive. Their survival was a group effort: Vlorë was largely anti-fascist, and many villagers, knowing Hoxha was harboring Jews, helped him keep them from detection by Nazi forces.

Over the past week, many Jews have been discussing what they would do if Trump created a registry of Muslims, which would be one of the first signs of fascism. While you ponder what you would do, keep these stories in mind.