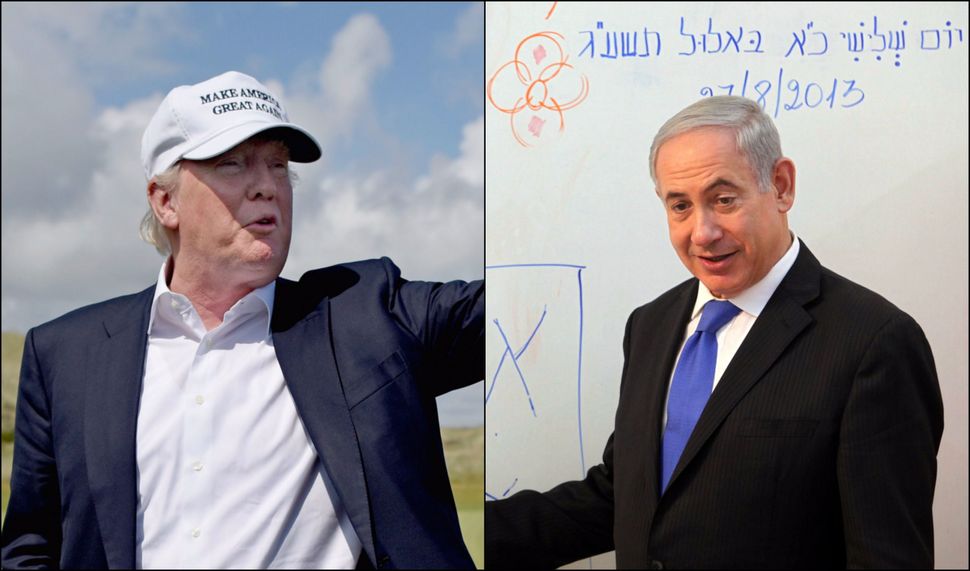 Since Israel been at it much longer, President-elect Donald Trump could take a lesson from Prime Minister Benjamin Netanyahu and his Minister of Culture, Miri Regev, on how undercut the press, squelch freedom of expression and foment populist politics.

Earlier this week, Trump took off precious time from his responsibilities to put together his impending administration and summoned leading journalists to Trump Tower to reprimand them for their “crooked” behavior.

Sounds familiar to me. Trump’s off-the-record tantrum, as least as reported, seems like good behavior compared to the way Netanyahu berates the news outlets and trashes leading journalists who criticize him.

Americans are worried that with Steven Bannon, the former head of Breitbart News, at his side as chief strategist, Trump will have, in the words of Jack Shafer of Politico, “his own Pravda.” Netanyahu already does. American Jewish mega-billionaire Sheldon Adelson funds “Israel Today,” which promotes a solidly pro-Netanyahu line and has undercut the local media because it’s a freebie handout. Over here, we call it the “Bibiton,” a wry combination of Netanyahu’s nickname (“Bibi”) and the word for newspaper (“iton”).

Clearly, neither Trump nor Netanyahu understands the role of the press — or rather, perhaps, in view of the people they appoint as advisors and benefactors, they understand it very well, and intend to do their best to undercut the role of the Fourth Estate.

On Sunday, “Hamilton” actor Brandon Victor Dixon told Vice President-elect Mike Pence that the cast is made up of diverse Americans who are alarmed and anxious that his administration will not protect them. Trump responded by tweeting that the actors were rude and should apologize for their terrible behavior.

Regev has already done more, and worse. Last September, she stormed out of an awards ceremony when actors recited a poem by a Palestinian national poet. (She claimed her exit was a spontaneous act of protest — too bad the cameras caught her preparing her exit before the first words of the poem were recited.) She critiques plays for content (although she boasted that she never read Chekov); has established a hefty prize for Zionist creativity (which Haim Gouri refused), and has offered a 10% bonus in government funding to cultural institutions that appear in settlements and a penalty of about 30% to those that refused performances promoting the “Palestinian narrative.”

Last week, at the Golden Hedgehog Awards for Fringe Theater, some of the attendees refused to sing the national anthem and a few others ridiculed it. In response, Regev once again waved her oversized patriotic flag and announced that her office will provide financial support for award ceremonies only if they submit the program first, so that she can “guarantee that [these ceremonies] meet accepted professional and national standards.”

Trump tweeted that theater should be “safe and special.” Regev thinks it should be patriotic. Neither of them understands, or admits to understanding, that all theater is inherently and necessarily political. Theater is supposed to challenge us, to make us uncomfortable, to force us to realize the complexities and hypocrisies in our lives. What did Trump think that a play like “Hamilton,” played entirely by people of color, would be saying? What did Regev expect from the Fringe Awards — “The Sound of Music”? (Even that production was political in its way!)

In Israel, the culture commissar wields more power because, as in Europe, the government provides funding for the arts, without which they probably could not exist. Until now, that power has rarely been abused to influence cultural content. But Netanyahu, Regev and Trump are not generous in victory. So don’t be surprised if a Trump-supporting Congress starts to question funding for the National Endowment for the Humanities, the Corporation for Public Broadcasting or the National Endowment for the Arts.

These are politicians who pander rather than lead, and they are more than willing to foment a culture war of the populists vs. the elites for their own purposes. Over here in Israel, with our years of experience, we know there are ways to resist. We don’t always do the right thing, but we know that there is a strategy to counter the assault on the values of the free press, the arts and democracy.

They want to dumb us down? We will work our minds. They want us to live in feel-good bubbles? We will refuse to close ourselves off. We will read and debate and argue. We’ll even read newspapers (heaven help me, even Breitbart), so that we can constantly hone our thinking and challenge our assumptions.

We will show our support for those who speak out, so that they won’t be beaten down, and we will stay uncomfortable.

And we’ll go to the theater, too. If you can’t get tickets for “Hamilton,” don’t worry — I’m sure there’s some other subversive show that must go on.