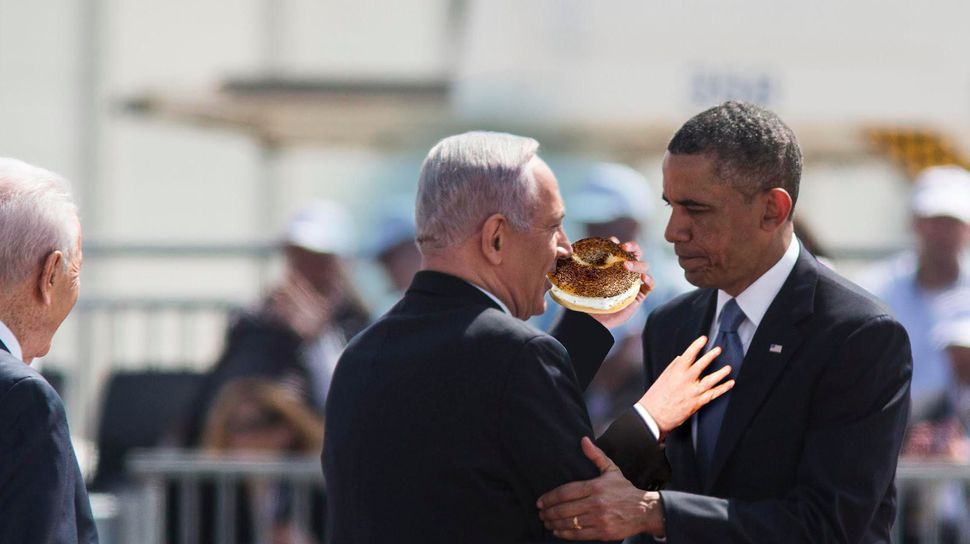 Jerusalem — Scoff if you like, but this is something I do. I’m a Jewish journalist. We care about our food.

At the end of my White House interview last year with President Obama, I asked him for his favorite flavor of bagel.

How could I not ask the same thing of the prime minister of Israel? I’d be called an anti-Semite.

So at the end of a rather contentious session with Benjamin Netanyahu on Tuesday — more on that here — I had to ask him the same question.

He interrupted me before I even finished — not for the first time that evening — and said “sesame.” Then he quickly took it back. Motioning to his staff in the front row of an auditorium at the Israeli Foreign Ministry (Netanyahu is foreign minister, also), he asked for help in Hebrew to find the right word.

Despite their public differences, Netanyahu and Obama share an affinity for the round doughy staple covered with little hard black seeds.

You do agree on something, I pointed out.

“We signed a memo of understanding,” Netanyahu quipped, citing the unprecedented military aid agreement recently concluded by him and Obama. “You know, that’s a $38 billion bagel.”

I wasn’t allowed a follow-up question, so I wonder: Will the cost of that bagel change when Donald Trump is in the White House?