Lessons from the Israeli Left: Civil Society Is No Substitute for Smart Electoral Politics 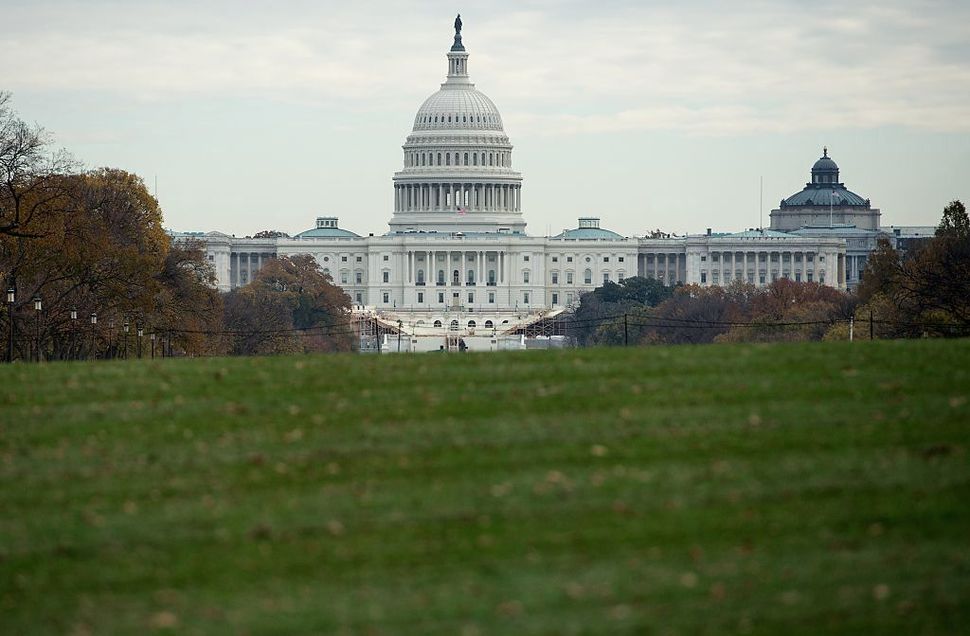 In the wake of Donald Trump’s victory in the presidential election, many Americans disappointed by the results of the election are looking to non-governmental organizations (NGOs) as a panacea to combat hate and preserve the values they hold dear. The ADL has benefitted from a marked uptick in donations. Writing in Ha’aretz on “How to Oppose Trump,” the New Israel Fund’s Libby Lenkinski has touted civil society as “a power base” and the value of oppositional work outside the confines of the government.

More anecdotally, my Facebook feed has been replete with calls for donations to the aforementioned ADL, as well as to the ACLU, the Southern Poverty Law Center, and a host of other organizations – ranging from rights defenders to hyper-political advocacy groups.

Given this promotion of civil society as an antidote to what most Democratic voters see as the bleakness of Trump’s America – I want to urge a word of caution. Do not fall into the trap of the Israeli Left. Do not succumb to the allure of extra-governmental political activity as a substitute for political action and electoral impact. For more than 15 years, the collapse of the Israeli political left-wing has been accompanied by the exponential growth of political advocacy NGOs. The frustration of repeated failures in elections and inability to counter Prime Minister Netanyahu have led to vast amounts of energy and resources being poured into NGOs that advance left-wing agendas, albeit outside the political establishment. Many young activists have channeled their enthusiasm toward existing NGO campaigns and creating new organizations, as opposed to the ineffective and weak political parties of the Left.

In this way, NGOs that speak the language of human rights and international law came to replace political parties as the opposition groups that galvanize the left-wing base, sapping any remaining dynamism from the lifeless parties. Now, NGO activists will tell you that, unlike political parties, they are able to remain true to beliefs that resonate with young people, speak truth to power, and keep the governing coalition in check. But, beyond a handful of successful petitions to the courts, systematic changes at the policy level are few and far between. By functioning at a distance from the government, achieving meaningful impact is impossible.

And, if anything, any successes have proven to be pyrrhic victories. The contentious international advocacy of the Israeli human rights community has driven the Israeli public into the hands of the Right, or at least away from the Left. Terms like “New Israel Fund,” “B’Tselem,” and “Breaking the Silence” have become curse words in Israel, and the Left with which they are associated has struggled to regain some public trust.

NGO impotence also stems from the related inability to operate effectively outside their echo chamber – a problem with parallels to the post-election discourse in America. Average Israelis recognize that NGOs present simplistic recipes that do not speak to their very real concerns about terror threats, while the slogans attack policies that protect Israelis, without providing realistic alternatives.

To be sure, the NGO route has its own seduction.

Money is a huge incentive, especially since NGOs can and do receive massive donations from foreign governments. Political parties cannot. European governments in particular have readily fed the hungry Israeli NGO machine. Second, political parties must balance between keeping the base mobilized, on one hand, and winning the next election, which means compromise, pragmatism, and diversity. NGOs, as non-democratic actors that are not beholden to any sort of broad electorate, do not have these dilemmas. They can be extreme and ideologically pure, but accomplish little, all in the name of abstract principles and pure ideology. At the end of the day, though, NGO messianism cannot replace the day to day practice of politics, which is needed to win actual elections. Those on the American Left should not make the same mistakes.

Democrats looking to forestall further loses should remain focused on the strength of the party and invest in partisan infrastructure, based on realistic goals, and not abstract non-governmental enterprises. The ADL, ACLU, and others make important contributions, and have domestic legitimacy that their foreign government-funded Israeli counterparts do not. However, supporting such groups will not change the political balance of power in the United States.

What is needed is genuine soul-searching, not finger-pointing, to correct the mistakes of the past and become more attractive to larger swathes of the American electorate. Ultimately, as the Israeli Left has shown, civil society can complement and augment governmental politics but cannot replace it.

Lessons from the Israeli Left: Civil Society Is No Substitute for Smart Electoral Politics