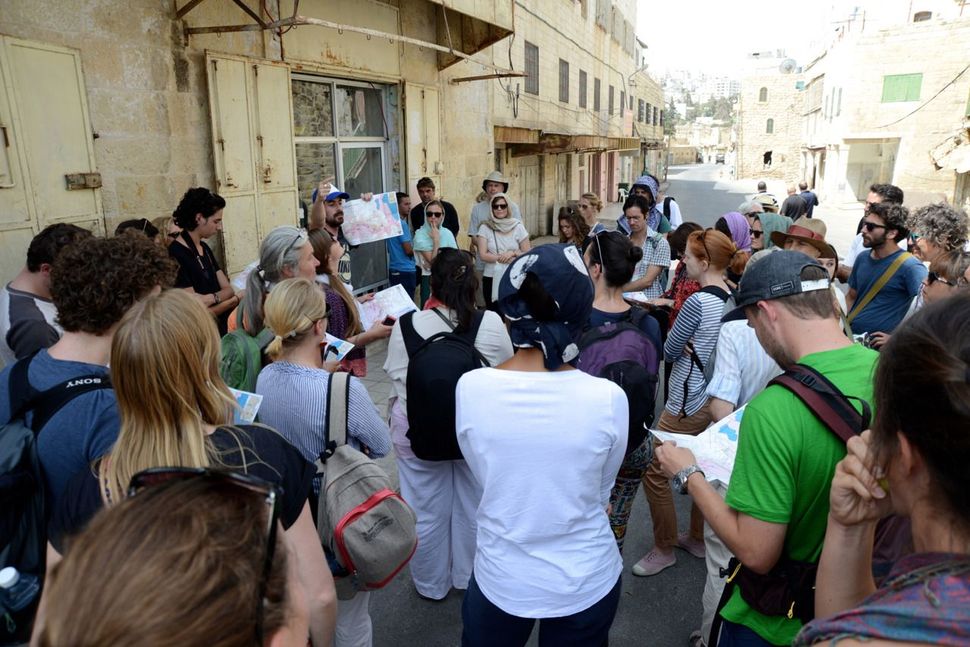 In the northeast part of the settlement of Beit El, there is a building bearing the name of the newly appointed American ambassador to Israel — David Friedman. The Friedman edifice is located on the grounds of a girls’ high school (Ulpana), which was built in the late 1990s on privately owned Palestinian land from the neighboring village of Dura El Qara. In June of 2012, nearby structures that were part of the Ulpana neighborhood were demolished following an Israeli Supreme Court order, costing Israeli taxpayers millions of shekels. The building bearing the name of America’s future ambassador to Israel is still in place, though a demolition order against it is still pending.

How is it that Friedman, an American lawyer from Long Island, came to shape on-the-ground political realities of a country in which he is not even a citizen? Part of the answer can be found in the legacy of another man, Dani Dayan, who today is based in New York as the Consul General of Israel. Before taking his current office, Dayan was the head of the pro-settlement Yesha Council, where he was known to many in Israel as the “Foreign Minister of the settlement movement”, and where he led efforts to internationalize the call for a “Greater Israel.” It will come as no surprise that Dayan vociferously and actively opposed the idea of any kind of sovereign Palestinian state.

Dayan and his movement galvanized hawkish Americans to put their money where their mouths were. Friedman and supporters like him helped Dayan reach the highest echelons of the international community in their quest for international support for settlement expansion. Dayan spoke at many international forums; on the Yesha council website you can still find Dayan posing with senators and congressmen from a 2013 visit to Washington D.C.

Friedman and Dayan did all of this without ever holding any public office, and while advocating for a vision and a goal that was by no means shared universally by Israelis or Americans.

Yet recently, liberal Jews on both sides of the Atlantic have been consumed by anxiety, internal fighting and self-criticism. Progressive American Jews who have not yet given up on their connection to Israel frequently quibble about whether or not they have a right to advocate for change in the Israeli-Palestinian conflict. I have personally heard many, even in progressive circles, question their right to take a public stand against the Occupation, citing the fact that they do not live in Israel. On the other hand, Friedman showed little such hesitation as he partnered — from abroad — with Dayan and others to support and entrench the settlement movement and the Occupation.

Progressive Israeli Jews who are still ostensibly interested in seeing the end of the military Occupation often debate whether it’s acceptable to “break our collective silence” in English and outside the borders of our country. This past year, when groups like Breaking the Silence, B’tselem and Yesh Din spoke in international forums about the realities on the ground, there were those who claimed — without refuting the content being shared — that this message ought to be restricted to Israeli ears only. This was not a criticism Dayan faced from his political camp when he promoted an everlasting Occupation.

But as the 50 year anniversary of the Six Day War and the ongoing military Occupation that followed it approaches, it is about time we on the Left act with the same audacity as our political opponents.

In that vein, I offer the following suggestions:

For every ‘Friends of Beit El’ or ‘Hebron Fund’ based in the US and enjoying tax-exempt status, there should be a ‘Friends of Susiya’, supporting a Palestinian village facing the threat of demolition, or a‘Silwan Fund,’ which would aid the residents of the traditionally Palestinian east-Jerusalem neighborhood. Instead of fighting against being overrun by deliberate settlement expansion they would have a vested interest in the peace.

For every school or mikveh named after Friedman — or his boss, President-elect Donald Trump — there should be mosque or a clinic built for Palestinians living under occupation, creating a bond that will help bridge the gap between the divisive actions of the right and the desire to support good faith between Jews and Palestinians on the left.

Synagogues should pair up with a “sister villages,” building connections with the many Palestinian villages and towns facing eviction at the hands of Israeli authorities in the South Hebron Hills or the Jordan Valley. This should be more than ornamental: communities should take trips to visit the community with whom they have partnered, foster lasting relationships, and act in solidarity with them.

If the Israeli Army destroys neighborhoods, homes, schools and other public and private buildings, Israelis and American Jews should show up, be present, and offer their assistance in doing the work of rebuilding. This will offer an example of Jewish people who think and act differently from the Israeli government.

As mentioned above, we on the Israeli Left do a good amount of hand-wringing about whether or not we should allow our criticism and discussion of the misdeeds of the Israeli government outside of the sphere of Israeli society. Similarly, American Jews on the Left censor themselves because they feel they don’t have a right to speak publicly about a place where they do not live. While there’s something to be said for localizing messages, the left should learn from people like Dayan in Israel and Friedman in America and realize that the conflict has been internationalized from day one. “Airing our dirty laundry” should, therefore, be something the left makes a point to do.

6. Look To The World

The Israeli Left should reach out to supportive communities around the world, particularly progressive Jewish communities. There should be far more organizing and sharing of thoughts and ideas among supporters of progressive Israeli causes internationally, just as there is international organizing and support among international proponents of settlement expansion and similar policies. Progressive goals should be imagined as a group effort in partnership with these these international bases of support. For instance: there should be no marking of the Six Day War that fails to acknowledge the truth about the 50-year Occupation it led to. However, rather than that being an issue exclusively relegated to Israeli progressives, communities, institutions, and/or parliaments around the world should be part of that conversation.

Politicians on the Israeli Right, as well as those who support their causes internationally, constantly stress that the only way to be a friend to Israel is to support their vision for an Israeli future. The Israeli Left and its supporters must stress that, contrary to not loving Israel, it is specifically because of a love for Israel that we demand an end to the Occupation. It must be made clear that being a friend to Israel means making sure there will one day be a Palestine.

If American Jews want to hasten the end of the Occupation and preserve the possibility of a “Two State Solution,” they should learn from people like David Friedman, and take action to manifest their values on the ground. If there are Israelis who have not given up on our ability to effect change, they should not exclude the international community from that effort, like Dani Dayan. In the fourth chapter of Pirkei Avot, Rabbi Zuma asks: “Who is a wise man?” The answer: ”He who learns from every man is a wise man.”

Avner Gvaryahu is the former director of the Public Outreach Department at Breaking the silence and an M.A candidate at the Institute for the Study of Human Rights in Columbia University.