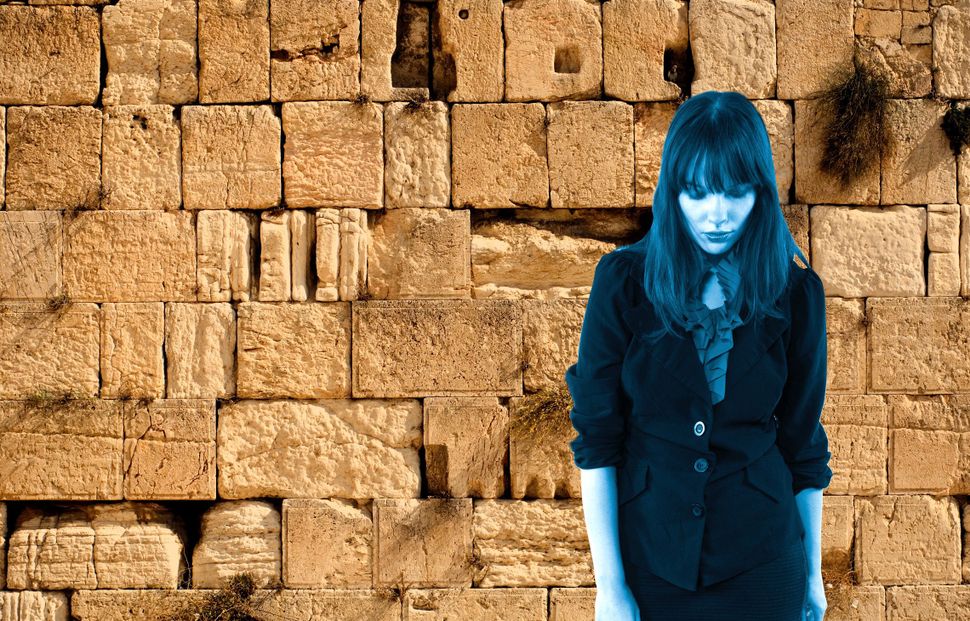 I was in Jerusalem for a week last month, and I never once went to the Kotel.

This was unusual for me. On my many prior stays in Israel, the ancient stones of the Western Wall were like a magnet, drawing me close and stripping away my journalistic skepticism, leaving me feeling a little more connected to the spiritual yearning that prompts so many of us to place notes in the crevices and prayers in the air.

But this time, instead of being drawn to what is considered the most sacred site in Judaism, I felt repelled. The unwillingness of the Israeli government to follow through on its promise to expand the Kotel plaza to include a proper egalitarian prayer space left me resentful and alienated.

If the Kotel didn’t want to welcome Jews like me — well, then I had better uses of my time in Jerusalem.

Now, a month later, it’s precisely a year since the historic agreement was reached between the government, the ultra-Orthodox authorities and American Jewish religious and communal leaders, shepherded by Natan Sharansky, the former refusenik who is one of the true heroes of our time. These 12 months were the opportunity for Prime Minister Benjamin Netanyahu to prove how much he cared about the Diaspora, and to allow Israel to shine as an example of religious pluralism in a region with precious little of it.

And we have nothing.

I wonder if the time for pleading and exhortation is over. I wonder if, instead, Diaspora Jewry needs to do something really bold.

Netanyahu seems impervious to persuasion. His Cabinet approved the agreement 15–5, so he clearly has the votes. Most communal organizations have urged implementation. Sharansky himself warned that “to abandon the Kotel agreement now is to legitimate extremism, to alienate large groups of fellow Jews, and to allow discord to further poison our public life.”

Even Netanyahu’s own consul general in New York, Dani Dayan — who was a settler leader before becoming a top diplomat — urged his boss to implement the compromise or face severe consequences. “Israel has to decide what is more important: the unity of the Jewish people and Jewish solidarity or the tradition of liturgy at the Western Wall,” Dayan told the Israeli newspaper Maariv earlier this month. “Let me be clear. There will be a strategic price to pay for deciding one way or another. I don’t want to specify what kind of price, but one cannot avoid making a decision indefinitely.”

Instead, when I had the opportunity last month to ask the prime minister why he hadn’t done anything about the Kotel agreement, he essentially brushed off the question by blaming Israel’s byzantine political process for the delay.

Worse, members of his party and others in his ruling coalition are pushing legislation that would bar women from wearing prayer shawls, reading from the Torah or blowing the shofar at the Western Wall — all standard religious practices among non-Orthodox Jews — punishable by a heavy fine or six months in jail.

Even Sharansky sounds fed up, issuing a statement saying, “This bill makes a mockery of all the efforts by recent governments to ensure that the Western Wall is a place that unites, rather than divides, the Jewish people.”

Now it is true that the Israeli high court just ordered the government to explain why women can’t pray as they wish in the women’s section of the Kotel, but sadly this is not the first time the court has put the government on the defensive, to no avail.

As Anat Hoffman, chair of Women of the Wall, wrote in an email: “The court has always, since 1989, recognized our right to pray in our way. It always used strong compelling rhetoric to emphasize that our rights exist. However, the court usually goes wishy-washy with its orders to the authorities. [They] basically surrender to the police, who claim that in order to prevent violence, the victim’s rights must be limited.”

Besides, even if the court’s ruling prevails, that does not remove the need for a separate egalitarian prayer space at the Kotel. Many men and women — including the vast majority of American Jews — wish to pray together in a space not dominated by an increasingly strict and unreasonable rabbinical authority. And the Kotel is not just a synagogue; it’s a national shrine, a place for official ceremonies, a public statement of Jewish heritage.

So now, a year after nothing, the time for pleading and exhortation may be over. It may be time for Jewish religious and communal leaders to follow the suggestion of Elazar Stern, a Knesset member from the centrist Yesh Atid party and a former major general in the Israel Defense Forces, who in a January 12 opinion piece boldly urged a boycott — of Israeli leaders.

Whenever he meets with leaders from the Diaspora, “I tell them they must insist that these issues be dealt with immediately,” Stern wrote. “And until that happens, I say to them, ‘You need to stop inviting them as guests of honor to the American Israel Public Affairs Committee and Jewish Federation conferences. Even if you really need them — and I know you need them — hold back for just two years. It won’t take longer than that for them to see that they need you even more than you need them.”