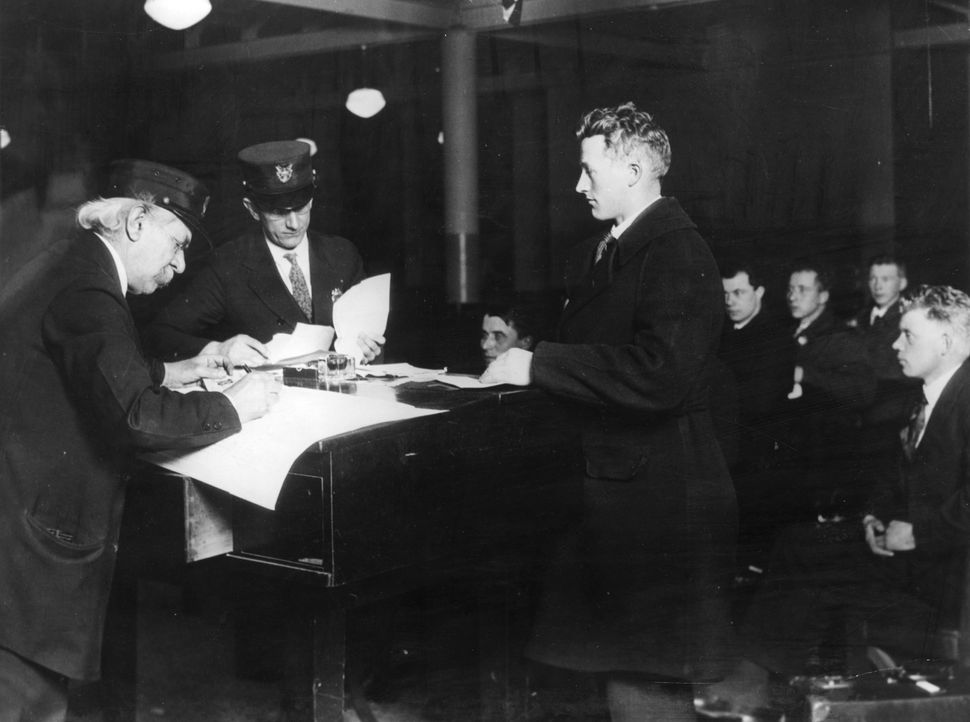 In the Fall of 1936, Sam Sherman, an officer of the historically Jewish Phi Epsilon Pi fraternity (PhiEp) circulated a call to his fellow Greeks asking for funds to help Central European Jewish student refugees. The plea intended to assist young men who had been prohibited from completing their university studies because of Hitler’s rise to power. “As fraternity men, as college men, as human beings, we cannot ignore this opportunity for service,” Sherman wrote. “There is a real danger that if we do not act now, we will never be able to help…These men are the cream of German Jewish youth…Won’t you help save one man from being entombed in Germany?”

Sherman did not envision an actual death for these young men – or any European Jews – at the time of his writing, but noted the shocking decline in daily freedoms available to Jews in Germany and the unique position he and other American Jews were in to aid their persecuted coreligionists.

PhiEp, a national college fraternity operating at several campuses across the United States by the 1930s joined with a few of the other Jewish fraternities and one sorority to award full scholarships provided by the university he or she attended, as well as accommodations in the local fraternity or sorority chapter’s residence. Between 1936 and 1941, when emigration from Germany and its annexed territories became illegal and America entered into World War II, the German Jewish Student Refugee programs helped to not only rescue over 100 Jews, but provide them with a path forward, which most refugees could not immediately access after arrival.

The German Jewish Student Refugee programs, while important in their own right, are all the more remarkable in their success when set in the context of America’s own repressive immigrant restriction policies of the interwar period. Less than a decade prior, in 1924, the United States affirmed earlier legislation to significantly limit immigration from Europe (as well as almost completely prohibit immigration from Africa and Asia) with the National Origins Act. The legislation dictated annual quotas based on severely curtailed European immigration to America by implementing an annual quota of 2% of the proportional population of each nationality listed in the 1890 United States census, heavily favoring Northern and Western European immigrants above those from Southern and Eastern Europe. This allowed for only approximately 27,000 visas per year for those wishing to emigrate from Germany at a time when hundreds of thousands were desperately attempting to flee Nazi repression. During most years of the 1930s, the quota was not even filled, despite the high volume of applicants. These xenophobic immigration quotas, it should be noted, were enforced until 1965.

Most Jews were unsuccessful in emigrating, and American immigration policy, as well as its State Department practitioners, were active agents in enforcing these measures. In perhaps the most well-known example of America’s failure to act, the St. Louis, an ill-fated ship with over 900 mostly German Jewish refugees left Hamburg in 1939 carrying passengers holding visas to Cuba, only to have their papers invalidated mid-voyage, and be turned around from Miami harbor, within sights of its city’s residents. The eventual absorption of these refugees into several European nations did little to ultimately save them; as German occupation extended across the continent, many were murdered in the Holocaust.

The German Jewish Student Refugee programs succeeded due to a few factors. One, American Jews involved in fraternities and sororities were often economically stable, even during the Great Depression, and could contribute funds to help defray the students’ expenses for the duration of their studies. They could also tap their extensive collegiate and alumni networks, who, in addition to camaraderie, could offer employment to the refugee-graduates — a pathway to eventual American citizenship. Importantly, both the American fraternity brothers and their German Jewish refugees were highly educated, which enabled sponsors to “market” them as valuable assets to immigration officials, who closely scrutinized applications from those coming from areas under control of the Third Reich. For what could be more American than helping to bring talented young academicians to help their new home flourish?

Many of the refugees who came to America as a result of the German Jewish Student Refugee programs, in fact, became distinguished academics and professionals. For example, mathematician Gerhard Kalisch and German literature expert Walter Sokel, two of PhiEp’s beneficiaries who were sent to the University of Iowa and Rutgers University, respectively, trained new generations of scholars and wrote books still used in college classrooms. Stephen Fraenkel, a refugee sponsored by the Sigma Alpha Mu fraternity, became a noted civil engineer in Chicago. Gudula Einstein, one of the female refugees sponsored by the Alpha Epsilon Phi sorority who earned her science degree at the University of Illinois, used her new protected status to help bring a male friend from Stuttgart over to study at the same campus under a Jewish fraternity’s auspices, thereby saving his life. Most settled down with other Jewish refugees, started families, and quickly assimilated.

Once again we stand at a cross-road in history. We can either turn our backs on refugees or band together to find innovative ways of helping aspiring Americans – regardless of their religious and ethnic background. If our government officials will ignore the plight of millions fleeing genocide or civil war, we must ask ourselves how American Jews acted in the past to save refugees and whether we have the obligation to do the same today.

Shira Kohn received her doctorate in History and Hebrew & Judaic Studies from New York University. Kohn is co-editor of “A Jewish Feminine Mystique? Jewish Women in Postwar America” (Rutgers University Press, 2010). She is currently working on a book about Jewish sororities and civil rights in postwar America.