Report From the Road: Can America’s Squabbling Jews Still Listen to Each Other? 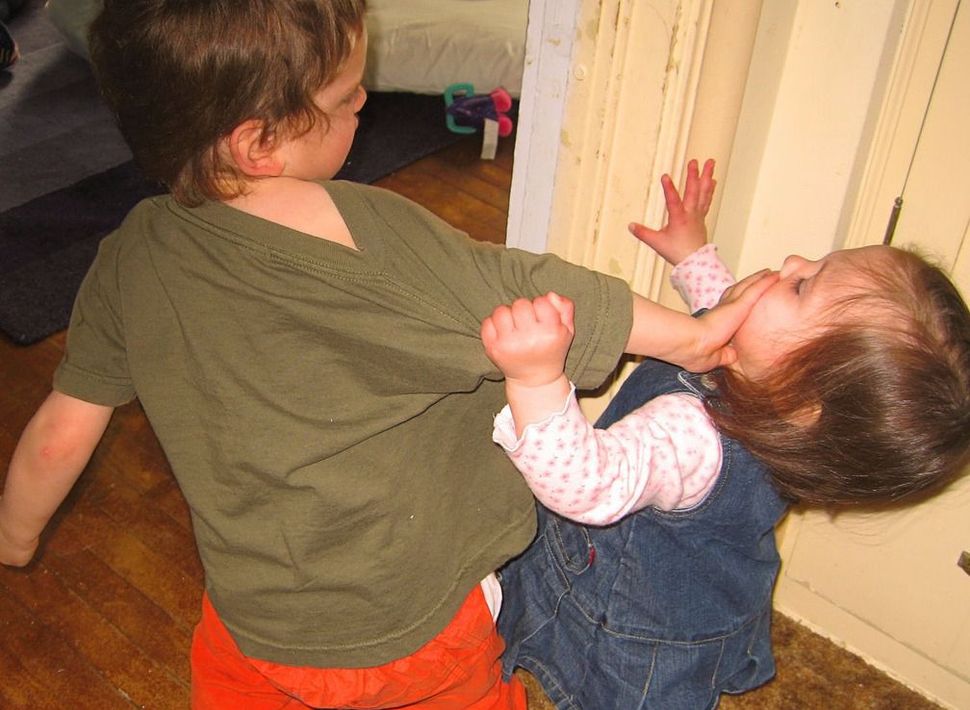 That’s the impression I’m left with after visiting Jewish communities in about two dozen cities since last November’s election. I’ve spoken at synagogues, Jewish community centers and college campuses everywhere from California to Florida, from Alabama to Minnesota. Wherever I’ve gone I’ve heard stories, often told in anxious whispers, of how hard it’s become for Jews to now have a civil discussion of critical issues.

I’ve been traveling with my friend, the conservative essayist Jonathan Tobin, debating American politics and Israeli security. Our main goal is to show how, no matter the gravity of the topic, Jews can disagree in a civil fashion. The longer we’re on the road, the bigger the audiences grow. We’ve apparently touched a nerve. Jews seem to be growing tired of hating each other, but they don’t know how to stop.

As journalists who specialize in covering the political and ideological fault lines within the Jewish community, we’re familiar with the venom that often passes for wisdom when Jews argue. That’s how we first became friendly, covering each other’s back as colleagues when things turned too nasty. Over time, we’ve taken to kidding each other about our disagreements, but they are real. I believe Israel and the Palestinians could reach an agreement that would work for both sides. Jonathan argues that the Palestinians aren’t ready for peace.

Still, neither of us was quite prepared for what we’d found on our tour. One rabbi told us that parents in the synagogue’s preschool who voted for Donald Trump have been warning their children not to let their friends know how the family voted, fearing they’ll be ostracized within the congregation. Another rabbi is counseling no fewer than a half-dozen couples who are on the verge of divorce over their voting choices.

These tensions aren’t universal. In red states, I heard over and over from my Jewish hosts what a lovely, welcoming community they’d found here in Birmingham, Alabama, or Knoxville, Tennessee. I met a Jewish couple in Omaha, Nebraska, who said their home had sported the only Hillary Clinton lawn sign on a street peppered with Trump placards, but it hadn’t altered the warm, neighborly relations on the block.

Things proved different in blue states like California and New Jersey, and even in the sprawling Jewish communities at the southern tip of purple Florida. Tensions were palpable. Trump voters spoke with resentment or exasperation of the intolerance they’ve encountered from Clinton-voting liberals they’d thought were their friends — liberals, they’d often add, who remain inexplicably blind to the wicked ways of Obama-era Democrats. The liberals, in turn, insisted they were open to all views, even those of their fellow Jews who’d lost their souls.

Whatever the regional differences over Washington politics, though, Jewish communities across the country are united on Israel — united, that is, on how deeply, bitterly divided they are. Israel, it seems, has gone from the issue that most united Jews to the one that most divides us. The topic of Israel — its relations with the Palestinians, its military actions, its treatment of Reform and Conservative Judaism — has been so divisive for so long, the debates so angry, that a healthy share of the rabbis we met admit they avoid mentioning Israel from the pulpit.

Even when Jonathan and I would show up to model civil discourse, to show how pleasant it is to sit and chat together, many community leaders prohibited congregants from responding openly. Open discussion, they warn, routinely deteriorates into vitriolic shouting matches. Instead they handed out index cards and pens — except on Friday nights — so that the folks in the pews could write down questions and pass them up to the front.

In one city, tensions have been running so high that the event’s co-sponsor, the local Jewish community relations council, wouldn’t even allow questions from the audience on index cards.

It was afterward, when the moderator had thanked us and the microphones were shut off, that the congregants in each city would gather around us and pepper us with questions and challenges.

Here was the surprise: Because we’d been respectful to each other, our listeners were respectful to us. Sometimes we could come to some agreement if I could open a challenger’s eyes or, not infrequently, the challenger could open mine. Sometimes we parted in disagreement. Not once, though, did I sense a participant leaving angry, as though he or she had been arguing with an enemy, at the end of the night.

Why? It’s all about listening. It’s about remembering that however clear-cut things seem, it’s just possible that you’re wrong and the other guy is right. And you’ll never know for sure unless you listen. As Jonathan likes to say, we’ve both spent our professional lives being told to shut up, but we haven’t done so, and we’re not about to encourage it in others.

Report From the Road: Can America’s Squabbling Jews Still Listen to Each Other?