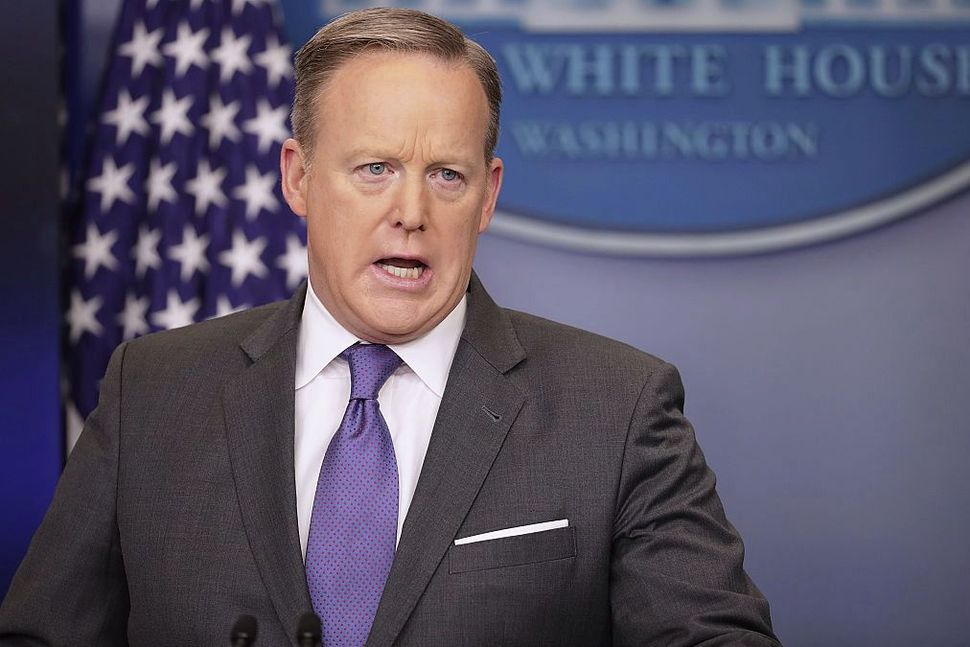 On Holocaust Remembrance Day, the Trump Administration issued a press release which neglected to mention Jews. Oops. But turns out, shockingly, it was no oversight. The Administration doubled down on their choice to erase Jews from their statement, saying it was done on purpose to reflect the fact that other people had also died in the Holocaust. White House Chief of Staff Reince Priebus stated that he did not regret the decision, and communications director Sean Spicer called criticism of the statement [“ridiculous”, “pathetic”, and “nitpicking.”]

**2. Ukraine’s president gives an award to a notoriously Anti-Semitic author. **

Ukrainian President Petro Porshenko awarded the prestigious Order of Freedom to Vasyl Kvasnovsky, a virulently anti-Semitic author who is best known falsely accusing Jews of committing war crimes during WWII and engineering the mass famines of the Soviet Union. This is not the first time Ukraine has honored anti-Semites in the recent past: in 2015, Ukrainian parliament passed a bill honoring members of the Organisation of Ukrainian Nationalists (OUN), a group that collaborated with the Nazis and murdered tens of thousands of Jews and ethnic Poles during WWII. Just last month, Ukrainian politician Yuriy Shukhevych proposed a bill that would impose fines or a jail sentence for criticizing OUN.

3. The home of a Virginia couple was defaced by anti-Semitic vandalism.

On two consecutive days, anti-Semites defaced the home of Mia Bermann and Shai Van Gelder, a Jewish couple living in Northern Virginia. On the first day, the couple returned home to find swastikas on their front door; on the second, they found the words “Jew pigs” added below. Bermann and Van Gelder reported the vandalism to the police, who installed a surveillance camera at the entrance to their home, while also acknowledging that “criminals of this type are hard to catch.” 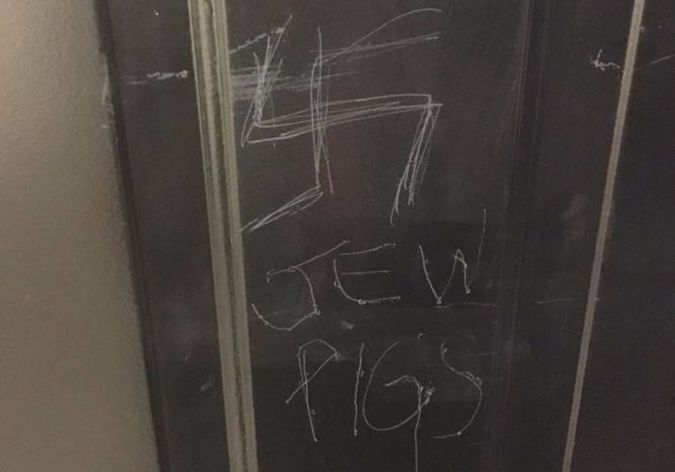 On Friday, January 27th, anti-Semitic and anti-Muslim threats and graffiti were made in a residence hall of Beloit College in Wisconsin. An anti-Semitic note was slipped under a Jewish student’s door, accompanied by a scrawled swastika, and the words “Die”, “sand nigger go home”, and “#muslimban” were spray painted on the door of a Muslim student. The college has increased the number of security staff it has on duty, and is reviewing security camera footage. In an email to students, faculty, and staff, Beloit College President Scott Bierman stated that he is “overcome with concern for the well-being of our students and filled with anger and outrage because someone in our community feels emboldened to attack them.”

5.A Trump-supporting Representative posted an anti-Semitic meme to attack the media.

Republican Representative Steve Chabot of Ohio posted a meme from a white supremacist website on his own homepage, in an apparent attempt to defend Trump against the media. The meme quotes Steve Bannon’s infamous New York Times interview statement that “the media here is the opposition party. They still don’t understand why Donald Trump is president of the United States. The elite media got it dead wrong, but with echoes around (((elite media))), a white supremacist signal to identify Jews. A spokesman for Chabot says that he had originally found the image through Google search, and was unaware that it came from a white supremacist website. It has since been deleted from his page.

6. A study found that anti-Semitic hate crimes are at all-time high against UK Jews.

The Community Service Trust, a UK-based charity which monitors anti-Semitism, has released figures indicating that recorded hate crimes against Jews (at 1,309 incidents in 2016) have surpassed the previous record high of 1,182 in 2014. More than three-quarters of the incidents took place in Greater London and Greater Manchester (where the two largest Jewish communities in the UK are located). Mark Gardner of the CST has stated that anti-Semites currently feel “emboldened”.