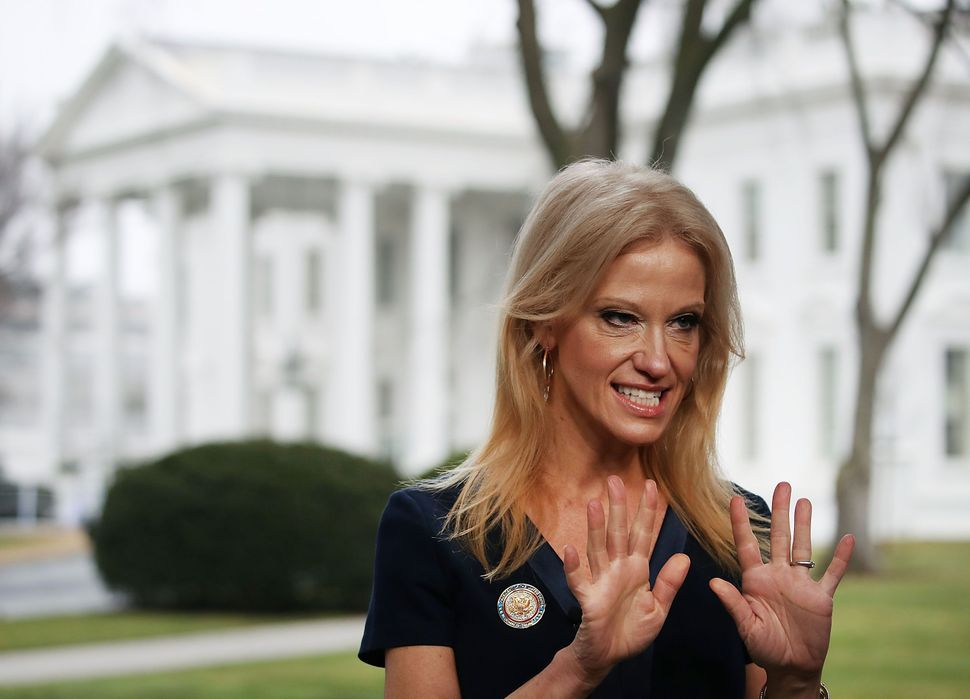 It’s become clear that among the Trump administration’s assaults on Muslims, Mexicans, Australians (who saw that coming?), the environment, public education, health care, women and Jews, one of its most pervasive attacks has been against the notion of truth itself. It’s as if this administration is devoted to refuting Sen.Daniel Patrick Moynihan’s dictum stating, “Everyone is entitled to his own opinion, but not to his own facts.”

Now we have, famously, alternative facts, such as the nonexistent Bowling Green Massacre, the hordes that packed the National Mall on Inauguration Day, and the notion that Jews were only one of many groups that suffered in the Holocaust, nothing special.

We also have, of course, the assault on the free press, which may give me and my colleagues a sense of mission, but gives the country a sense of encroaching fascism.

In light of the emerging dystopic horror, my resolution for this new era is that I will accept no assertion without evidence. And if there is evidence, I’m going to follow it wherever it leads.

This, I think, is the Jewish way. Halacha, Jewish law, sets forth exacting standards of evidence for an offense to be considered proven. Very little in the Jewish tradition is to be taken on blind faith. Systems of justice set forth standards for living together. Bias toward the powerful, or toward the charismatic, is forbidden.

And so, while there are plenty of liberal, Jewish social justice texts in our tradition – and also plenty of conservative, ethnocentric ones – you can’t get around the Jewish tradition’s insistence on evidence.

Indeed, while talmudic law set forth exacting rules of evidence for different classes of crimes (making capital cases nearly impossible to prove), Christian canon law, for centuries, had no rules of evidence. As a result, torture and ordeals (trial by fire, by drowning, etc.) were instituted to obtain confessions or signs from God (if she drowns, she’s innocent), which, since evidence was excluded from consideration, were the only ways to prove certain crimes.

We’re not so different today. We’ve taken such a Christian-centric approach to evidence that the ad hominem attack is considered a line of argument: “Well, what do you expect from The New York Times?” Or Fox News, for that matter. Or anything Kellyanne Conway says. Or Elizabeth Warren.

On the right and left alike, we’ve substituted bogus character judgments for rules of evidence and logic. We’ve supplanted God as the jury of one another’s souls, but it seems we’ve inherited His omniscience (and yes, the all-knowing sky god is male).

For example, just the other day, a friend assured me there was “no evidence” that Russia tried (and succeeded) to influence the presidential election. This was after the joint intelligence report was released. I sent him the link, but received no reply. No evidence?

How about this one: Cutting taxes on the rich will trickle down to the middle class. Any evidence of that? Nope – actually, there’s evidence that the massive tax cuts to come will serve only to further increase the wealth gap. “Trickle-down economics” hardly has any evidence to support it.

Or how about Trump’s statement at his inauguration: “For too long, a small group in our nation’s capital has reaped the rewards of government while the people have borne the cost. Politicians prospered, but the jobs left and the factories closed.”

That’s nice populist rhetoric, laden with the anti-elitism that often slides into anti-Semitism, but what’s the evidence of that? The past five years of economic expansion? The “green economy” that created thousands of jobs in renewable energy?

Or, perhaps less famously, being transgender is a mental illness, quoth former Breitbart scribe Ben Shapiro to a cheering crowd at Yeshiva University. Says who? Says Ben Shapiro, of course, as well as a bunch of other ignoramuses who know nothing about science. According to the American Psychological Association and every other professional mental health organization – evidence, degrees, peer review, science – gender dysphoria is a condition that can be addressed by gender transition. Which, conveniently, aligns with what trans people themselves have been saying for years. That’s evidence!

The left is no better. Is it true that Democrats “aren’t doing enough” to oppose President Trump? What should they be doing, exactly? Yelling louder? Conducting sit-ins? Impeaching Trump with their nonexistent majority?

How about the left’s recent paroxysm of virtue-signaling over the false reports that Uber exploited a taxi strike at JFK Airport to protest Trump’s refugee ban? There was no evidence of that, and indeed, Uber put out statements right away to clarify what actually happened: The company removed surge pricing because of the crisis, having learned during Hurricane Sandy that charging more during a crisis is not a menschy thing to do. The no-surge tweet went out automatically. No strike-breaking, no pro-Trump activity.

But that didn’t stop the #deleteuber campaign, encouraging people to switch to Lyft (whose investors include Trump’s close confidant and mega-donor Carl Icahn).

Arguably, #deleteuber did push Uber’s CEO to step down from Trump’s economic advisory council. But at what cost? Is mob justice ever justified? And was Uber really the most important target of rage last week?

It’s almost as if progressives have been contaminated by Trump’s own disregard for truth. It’s understandable that progressives want to do something, anything to stop this madness. But deleting Uber, signing a change.org petition, forwarding yet another poorly sourced blog post – all this is counterproductive.

We must be smarter.

That goes for our media consumption, too. It’s helpful to keep in mind that sites like Medium.com and the “new” Huffingtonpost.com are mostly not edited or curated. Anyone can write anything on them, without adequate sourcing (or with it). Articles get visibility based on how much they are shared, meaning that it’s the most sensational articles, not necessarily the best ones, that grab attention.

This is not to say that Medium.com is fake news. Sometimes, respected writers post solid journalism there. But there’s very little way to discern the good from the merely good-sounding, and there’s no one who is really responsible for fact-checking or other journalistic standards. Some recent popular pieces – the “coup” one or the “head fake” one, for example – are basically conspiracy theories for the left. They may be coherent, but they are often very thin on actual evidence and heavy on bombast.

This is why actual journalism, with editing, fact-checking and professional standards, remains so important. And it’s why we should not be overly impressed by arguments that seem compelling but are not well substantiated.

“The seal of God is truth” one midrash says. And I will hold fast to it. I resolve not to be swayed by rhetoric, bombast, fear-mongering or Facebook posts. Give me evidence, or give me nothing at all.