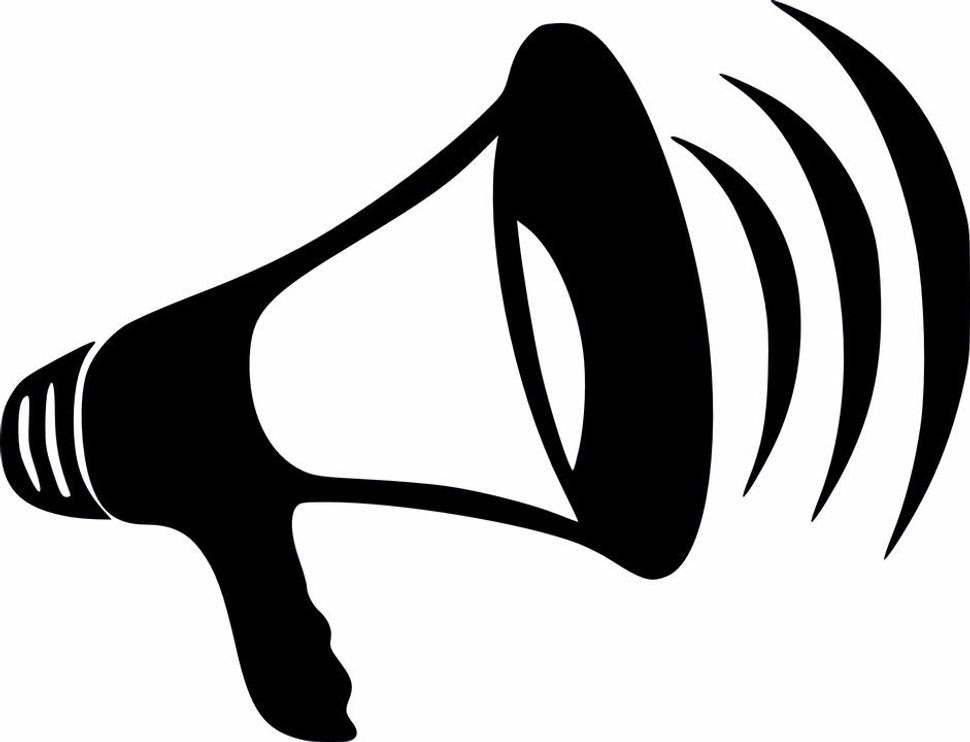 On my desk, there is a small black and white photograph depicting the late Rabbi Arthur Lelyveld of Cleveland, his face bloody from a beating that he suffered at the hands of segregationists in Hattiesburg, Mississippi, during the Freedom Summer of 1964.

It is now more than a half century later, and from what I am hearing, many rabbis are feeling battered – though none, thank God, in the way that Rabbi Lelyveld suffered. They are speaking their minds and souls about the presidency and the policies of Donald Trump, and anecdotal evidence reveals that they are experiencing serious push back from their congregants.

Some Jews in the pews are making general statements; they don’t want their rabbis to be political. Other Jews simply don’t like the substance of what their rabbis are saying; there are more Trump supporters in the ranks of congregational life than many rabbis had once imagined.

And while this is far from the first time that American rabbis have worn their political hearts on their sleeves – civil rights, Vietnam, Watergate, various struggles around Zionism and Israel – this is certainly the first time that this generation of rabbis has encountered political controversy. Not a few are afraid; their jobs and livelihoods feel threatened.

How, then, during this presidency, can rabbis stand in the pulpit, declare their truths, and hope to emerge at least relatively unbruised?

Some insights into pulpit survival during this difficult time – some of which I have culled from my colleagues and friends:

As in, “Rabbi, don’t get political on the pulpit.”

To be brutally honest, most congregants really don’t understand the nature of what it means to be political.

Some will say that religious institutions cannot interfere in the political process. They are not wrong – but that strictly applies to religious institutions and their clergy advocating for or against a particular candidate. This is defined by the now-famous Johnson Amendment to the United States Tax Code that Donald Trump would like to overturn.

We must remind people of what “political” really means. It comes from the Greek word “polis,” which means “city.” It means the public square. For rabbis to refrain from speaking about what is happening in the world condemns the pulpit to irrelevancy.

When the political converges on the moral – that is where clergy find the sweet spot. Anything that is moral is rightly our purview.

Start with the text. Preferably, that means preaching from the lectionary – the Torah portion or the prophetic portion, which is often ideal. While it will be tempting to start with “current events,” opening that way might cause people to shut down too soon. Besides, preaching from the portion of the week will feel more organic and natural – because you now have a “script” from which you might not care to deviate.

Be the humblest rabbi that you know. As mealy-mouthed as it might seem, there is nothing wrong with admitting that you might be wrong in your way of understanding the text. Be playful and even tentative. Use “I wonder if…” instead of “I know that…”

People are going to challenge you. Be ready, and be nice. You are going to hear all sorts of stuff from people at the kiddush. Some of them will be downright hostile. Want to avoid World War III while you are munching on that piece of rugelach after services? When someone tells you that he or she vociferously disagrees with you, ask the following question: “Your opinion means something to me. Tell me how you got to that place.”

People are going to challenge you. Be ready, and be inclusive. The days are long gone, if they ever existed, when a rabbi can expect to preach to a politically homogenous congregation.

The late Reverend William Sloane Coffin, who built his career around social activism, once said:

“Be as pastoral as you can be without surrendering one single iota of ethical initiative. Nothing ever stops a minister from saying, in the middle of the sermon: “What I now want to say is hard for me to say, so I can imagine how painful it’s going to be for some of you to hear. Let us remember that in the church, our unity is based not on agreement, but on mutual concern. So let me tell you what’s on my heart and mind and then you be good enough to tell me where you think I went wrong.’”

On the other hand, don’t compromise Judaism’s core values just to keep the peace and to be nice. Yes, people can disagree on the exact implications of the Torah’s frequently-quoted injunction to “love the stranger as yourself.” That’s a given.

But, don’t back off from preaching that idea. That’s called Judaism.You can’t make everyone happy, but, you can make faith meaningful.

Bring your leadership into the conversation. No, you don’t have to give up freedom of the pulpit. But, you can often protect yourself by letting your leaders in on what you are thinking, and what you are considering saying from the pulpit – especially on the High Holy Days. Let them know what you’re doing and why. Ask for suggestions on how to phrase things so that people can hear your message well.

Don’t preach denominational positions. I am a huge fan of my own Reform movement’s social justice programs. I have learned, however, not to quote from official pronouncements and position papers (though I have used them for my own edification and research).

It’s sad to say, but those denominational positions mean less to people now than they once did. The anti-elite sentiment that is floating around the general political culture has trickled down to our congregants. They just don’t want to hear what some faceless people in New York and Washington are saying.

Where are those positions most helpful? Not in the pulpit, but in the boardroom – when you need to explain the necessity of a particular program.

Avoid cliches. Ever go to a conference and count how many times speakers quote “Justice, justice, shall you pursue” or “we are all made in God’s image” and the ever-popular “tikkun olam”?

While all of those things are true, they have become textual bumper stickers. When we wave them around without seriously unpacking their deeper implications, they sound old. Wake people up. Say something new and unusual. Go into Jewish law, history, poetry, and legends.

If you want to be a prophet, become an even better pastor. I frankly think that the whole prophetic model is somewhat overrated. Face it: all of them (except, notably, Jonah – who was preaching to gentiles.

But, if you are going to go that route, remember what Reverend William Sloane Coffin said about ministers who took controversial positions from the pulpit. To paraphrase: those ministers who lost their jobs for preaching against the Viet Nam war weren’t visiting the sick enough.

Don’t preach – teach. In contrast to the pulpit, which is one way and frontal, classes, workshops, and public forums provide numerous opportunities not only to speak, but to listen. If you make ample time and space for conversation, people will feel heard, and that will lower the emotional temperature.

Don’t preach — act. Consider the rabbinic adage: “It is not the exposition of the text that matters, but, rather, action.”

Oddly enough, congregants are often more receptive to projects that get people to act on values, than they are to sermons that invoke those values. Rather than speaking about the fissures in the social fabric, get people to do things that will help heal those fissures. Collect clothing for refugees. Start local Muslim-Jewish dialogues.

And finally, read about how other Jewish leaders have faced challenging times. I am an inveterate reader of rabbinic biographies and sermon collections. If you want to understand how our predecessors shaped their words and nourished their souls, read about the life and words of such greats as Joachim Prinz, Leo Baeck, Regina Jonas, Marshall Meyer, Judah Magnes, Abraham Joshua Heschel, and Kalonymos Kalmish Shapira of the Warsaw ghetto.

By entering their narratives and their words, we find comfort and strength – especially because they lived through far worse times than we have.

You have been cajoled to avoid clichés, but this one still fits – the invocation of the Chinese curse, “May you live in interesting times.”

These are interesting, and challenging, and exhausting times.