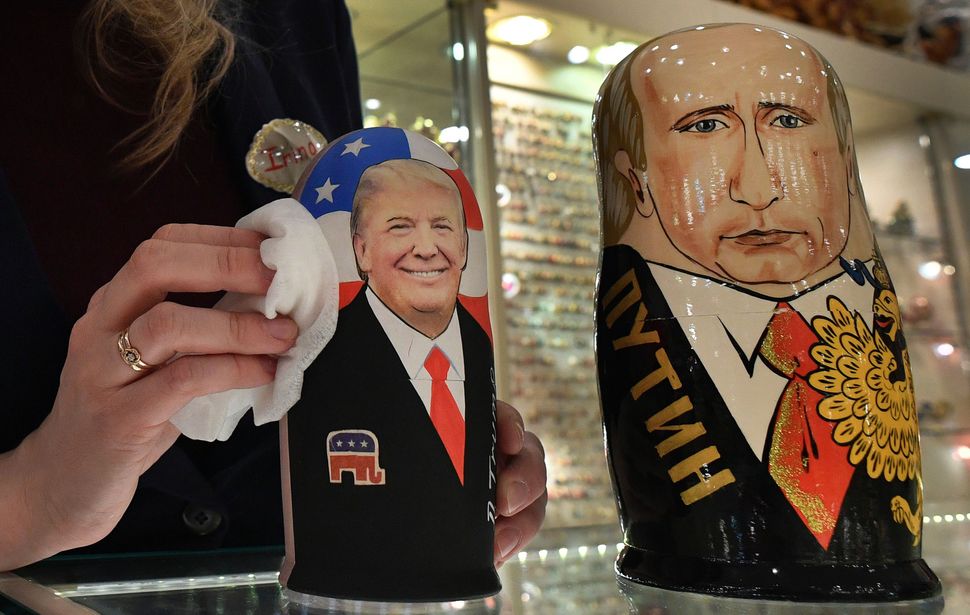 New presidents routinely suffer through hiccups, flubs and faux pas. Remember when Barack Obama mishandled the Henry Louis Gates arrest not long after his election? The president publicly charged a Cambridge, Massachusetts, cop who arrested the esteemed African-American historian for disorderly conduct w for acting “stupidly.” It may have been true, but Obama’s ill-advised comment hardly won him friends in the law enforcement community and caused an avoidable flap.

A few months after George W. Bush took office in 2001, he ended up looking servile to Beijing; the Chinese had detained U.S. military personnel after their spy plane had collided with an aggressive Chinese fighter jet in international airspace, forcing Bush to issue a public apology.

Bill Clinton committed many unforced errors in late 1992 and 1993, including his scuttled nomination of Zoë Baird for attorney general. Baird, a prominent corporate lawyer, had neglected to pay taxes for her undocumented nanny. Still, the “Comeback Kid” bounced back.

So, as with any new job, there’s a learning curve for an incoming president. As Rabbi Moshe Becker points out, “Mistakes are a built-in feature of life and they happen for a very good reason. When they do happen there’s an acknowledgment of error and a process of improvement.”

But Donald Trump is not making run-of-the-mill rookie mistakes.

Less than a month since Trump took the oath of office, the White House is facing a full-blown crisis, arguably one of the most gaping self-inflicted wounds ever suffered by a new administration. Presidential historian Russell Riley of The Miller Center at the University of Virginia could think of just a few of Trump’s predecessors who struggled so mightily soon after taking office. William Henry Harrison died a month into his presidency, of course, and his successor, John Tyler, was “entangled in a host of questions about his legitimacy… but survived with brio,” Riley noted.

In the modern era, Gerald Ford took flak in 1974 for pardoning Richard Nixon, a tough decision that many historians now credit for helping heal a nation reeling from Watergate.

While Ford probably lost his job in part because of the pardon, some critics question whether Trump could face a fate worse than joining the one-term club.

The emerging scandal, now dubbed “Kremlingate,” threatens to dominate the rest of Trump’s dwindling first 100 days, traditionally the honeymoon period when new presidents rack up legislative victories. But this president, given his much derided Cabinet picks (Andrew Pudzer for labor secretary?), his botched rollout of the dubious Muslim ban, and an apparent lack of comprehension of America’s systems of governance, has enjoyed no honeymoon. In fact, an annulment now seems possible.

The White House should be resigned, so to speak, to the idea that the recently ousted national security adviser, Michael Flynn, may only be the administration’s first casualty. Unified Senate Democrats will continue to press the administration to reveal the scope of its pre-presidential dealings with the Russian government, and may well be joined by Republican security hawks, uncomfortable with the shadow of Russian intrusion in the presidency.

Republican majority leader Mitch McConnell initially expressed reticence to launch an investigation of the White House, but since Flynn’s high-profile resignation, he has changed his tune, deeming an internal probe as “highly likely.”

Trump may ultimately be compelled to answer uncomfortable questions about whether he traded a promise to lift sanctions against Moscow for the tarring of Hillary Clinton, and about his business interests in Russia.

Sen. John McCain and his protégé, Sen. Lindsey Graham – serious lawmakers who care about how history will judge them – have urged their colleagues to go further and form a special committee primarily devoted to investigating Russia’s efforts to influence the U.S. election.

Sen. Graham, a former military prosecutor, warned his party, and Americans, about the potential for trouble ahead. He told “Good Morning America” on February 16 that further revelations about the Trump campaign’s links to Russian intelligence amounted to a “game-changer.”

What exactly does that mean?

One of the country’s most astute and connected writers about intelligence issues, John Schindler, apparently has an idea.

A former NSA analyst and counterintelligence agent who contributes regularly to The Observer (my former employer), Schindler is a sharp-eyed umpire. During the presidential campaign, he frequently criticized Hillary Clinton for her use of a private email server, but he often blasted Trump as well. Schindler’s latest column should cause collective knee-knocking in the Oval Office – or at the Mar-a-Lago dining room. Or both.

“Kremlingate,” Schindler writes, “promises to be much seedier and more troubling than anything proffered by President Nixon.”

“Tricky Dick,” he continues, “committed domestic crimes, and paid the price for them, but Nixon was in no way beholden to a foreign power — much less one which has several thousand nuclear weapons pointed at the United States. Neither did Nixon collude with that foreign power’s spies to arrange his own election to the presidency. If members of Trump’s team colluded with Russian intelligence, the Espionage Act comes into play, and we’ve entered uncharted waters, presidentially speaking.”

Schindler is no liberal praying, or striking, for Trump’s impeachment. As a former spook, he chooses his words carefully. We’re still in month one of the Trump presidency, and a conservative security hawk columnist, writing for a publication owned until recently by Jared Kushner, just invoked the specter of treason. These are uncharted waters indeed.