How Ivanka Trump Revamped The Role Of The ‘Daddy’s Girl’ 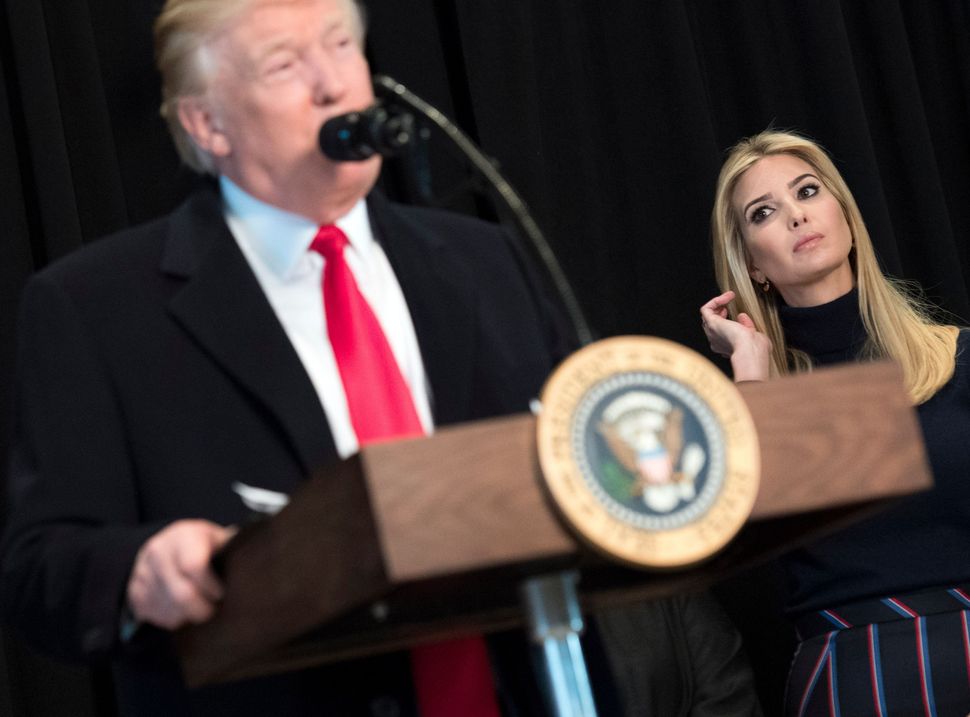 While researching my book, “Our Fathers, Ourselves,” I spent a year interviewing nearly 100 women, ages 20 through 40, most of them successful in their fields, in a quest to explore the father-daughter bond and the evolving gender roles between women and their dads.

These were the sort of women who were early to excel in “a man’s world” — and much of that success had to do with how their fathers raised them. They were also the sort of women one might think of as no longer needing anyone’s approval. And in most cases they didn’t — except when it came to their dads.

It’s a new and modern dynamic — the powerful woman and the powerful (or, at least, powerfully influential) father. Now, for perhaps the first time, we are seeing that particular dynamic play out on a global stage, with President Trump and his daughter Ivanka Trump.

What I found fascinating in my research was how long the desire among these women existed to please their fathers, no matter how old they were, how well established in their respective careers, or how otherwise independent they were. In fact, many were so successful precisely because of this desire, the compulsion to continue to meet — if not always consciously — their father’s high expectations.

Ivanka Trump has largely been positioned as the softer Trump; the one who stands for women’s rights; the family Jew (she converted in 2009 before her marriage to Jared Kushner); the modern businesswoman and working mother (of three) who understands the struggle (at least in theory) of finding “balance.” She wrote a book, “Women Who Work: Rewriting The Rules For Success,” that is coming out this spring and is already a hot seller on Amazon. She is very much her own woman, and one, in contrast to her father’s third wife, Melania Trump, who embraces a life outside the home. She is nobody’s trophy.

And she’s likable. Her presence on the political stage is groundbreaking in how women might see their relationships with their fathers — that you needn’t break away to also become independent. Indeed, Ivanka Trump is the new “Daddy’s girl,” the modern woman who can engage with her father, and relate to his world, more easily and with more dimension than was possible when gender roles were more rigidly assigned. She is not someone who is beholden to her father’s values, or advice; nor is she a woman who trades her father’s counsel for a husband’s. She’s Ivanka Trump, and not just the daughter of a powerful man.

But is she the product of her father? The graceful counterpart to his mania and White House-sized ego? Or is she the mastermind? One interesting phenomenon I observed in my research was the turning of the tables in these new father-daughter dynamics. Of course, there’s always a time in a child’s life when the offspring turns into the parent. But it’s usually at the hands of illness and infirmity. With these new fathers and daughters, however, that time is apparently coming sooner than ever before.

Ivanka Trump is, by many accounts, her father’s protégée. She attended his alma mater, The Wharton School at the University of Pennsylvania. In her first book, “The Trump Card: Playing To Win In Work And Life,” she describes her father as “a visionary.” At the same time, she has shown she is just as likely to take career and life inspiration from her father as she is to influence great power over him. It’s said that Ivanka Trump was the one who encouraged her father to run for president. Early on, she convinced him to incorporate a child-care tax deduction and dependent-care savings accounts into his platform. She was present, controversially, at key post-election meetings and during phone calls between her father and leaders in Japan and Argentina. And she has defended her father at nearly every turn, often relaying to reporters what he really meant to say. Of all those who attached themselves to Donald Trump during his often controversial campaign, she and her brand, it was argued, had the most to lose.

As it turns out, she also had the most to gain, because now she has moved her family to Washington, D.C., where she will “set up the house” while her husband works in his new position in the West Wing. That in and of itself is telling — that Trump is so close with his son-in-law. It’s hard to imagine that this closeness came without Ivanka Trump’s influence. After all, Jared Kushner was the impetus for his wife’s conversion, something her father has described as not “in the plan but I’m very glad it happened.”

And yet, perhaps the 35-year-old Kushner isn’t exactly a threat — at least not to Ivanka Trump’s view of her dad’s immutable power. He is described as “soft-spoken and restrained,” and “conspicuously polite.” Notably, in marrying Kushner, she debunked the myth that all daughters — and especially daughters whose fathers were a major influence — marry men who are just like their fathers.

It remains to be seen how much sway she will have with her father — and whether she will decide to use her influence. Given that Melania Trump is staying behind in New York City for now, Ivanka Trump seems to be assuming many traditional duties of the first lady just as she assumes the nontraditional duties of first daughter. President Trump has said that he values the advice of his family more than that of anyone else. In a way, his family members are a reflection of him; they are of his making. You could say he’s turning to them for tacit agreement. Perhaps he is. But in clearly positioning herself among her father’s most trusted advisers — in having become, now, very possibly one of the more powerful women in Washington — Ivanka Trump is both living up to his expectations and helping to debunk gender roles. But each day it’s becoming clearer that you could also say she is helping him do the same.

How Ivanka Trump Revamped The Role Of The ‘Daddy’s Girl’