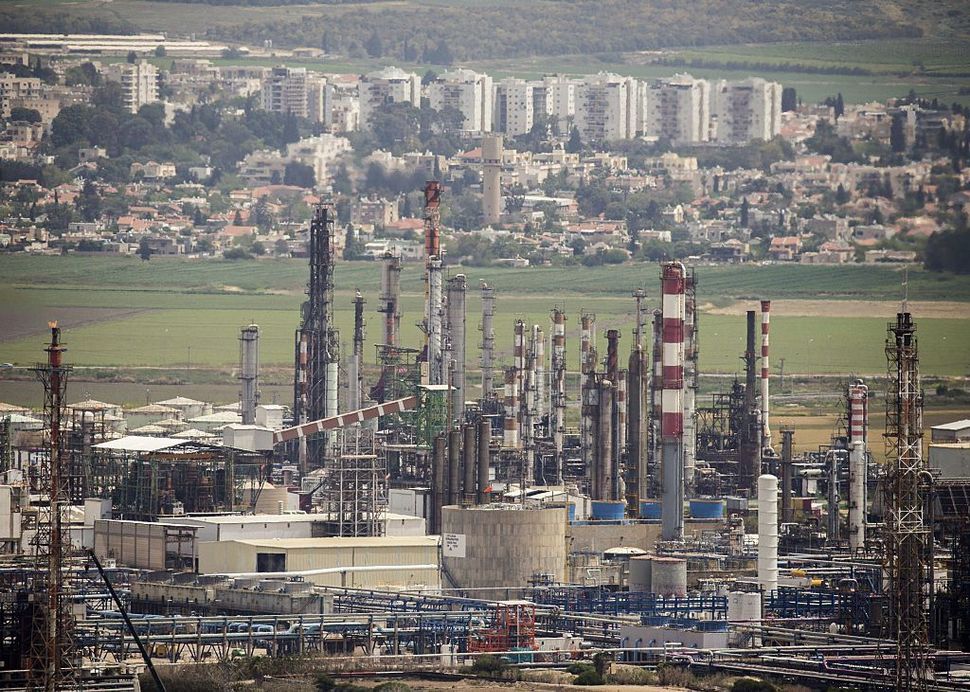 Conventional wisdom suggests that the world economy is in a slow but steady recovery from the 2008 financial crisis. Some economists, however, including Nafeez Ahmed, author of several books including “A User’s Guide to the Crisis of Civilization: And How to Save It,” are sounding the alarm about a looming global redux of that crisis rooted in natural resource scarcity, particularly oil. This alarming scenario, outlined by Ahmed in a recent article on Medium titled “Brace for the Oil, Food and Financial Crash of 2018,” foresees in 2018 a terrifying confluence of expensive oil, spiking food prices, a debt-fueled financial crisis, and depressed economic growth, with all of the attendant socio-political tensions we have seen in recent years accelerating. Think Trump, Brexit and the Arab Spring meet stagflation. Could this be bad news for Israel, in its arid, oil-drenched, and politically fragile neighborhood?

Let’s consider for a moment Ahmed’s foreboding forecast. Citing a recent HSBC report on global oil markets, Ahmed highlights impending production declines across wide swaths of the oil industry. These theories have been around for a number of years, but they have generally taken a back seat in the public eye since oil prices crashed in late 2014 from over $100 per barrel to below $30, and have remained relatively low (currently about $53). Ahmed emphasizes HSBC’s point that the much-ballyhooed, U.S.-based shale oil revolution cannot offset the precipitous decline in giant oil fields’ production that is already underway, requiring the equivalent of four new Saudi Arabias just to keep current production on level in 2030. The result? Oil output begins to slide off a cliff, leaving the world vulnerable to a supply shock the likes of which triggered the notorious oil crisis of the 1970s. Then, as oil prices rise, so do food prices and other commodities requiring transportation, as in the oil price run-up from 2008 to 2011. Ahmed points to a group of Italian economists predicting oil prices won’t quite rise high enough (say, to $75/barrel) to make it profitable to extract ever-less-available oil, keeping supply scarce.

Adding to the potential for an economic collapse, posits Ahmed, is the fact that governments and consumers currently maintain historically high levels of debt. Consequently, as energy prices rise, causing inflation, consumers and governments will not be able to borrow their way out of the cash crunch, and will feel the sharp pinch of higher prices that loose debt markets have been hiding.

Before we jump out the nearest window, let’s ponder two questions: Is Ahmed’s scenario likely to happen? And if it does, will Israel suffer?

First, on oil prices. While Ahmed and HSBC are serious sources of analysis – Ahmed likes to point out that he successfully predicted the 2008 financial crisis – they do not have a monopoly on commodity market insights, nor a crystal ball. Oil price predictions for the coming year are all over the map, from $10 to $90 per barrel. This is typical. An equally resonant oil prediction bombshell fell last June when pundit Gary Shilling, author of “The Age of Deleveraging: Investment Strategies for a Decade of Slow Growth and Deflation,” doubled down on his $10/barrel oil prediction. (Incidentally, Shilling predicts a decline in oil of this magnitude would also produce a serious recession, just as would a price spike.) Will we have an oil supply crisis and subsequent price spike? We might, and we might not.

Then there are the questions of whether future energy markets – even the near future – will look like the past. Carbon Tracker published a brilliant report in late 2015 questioning the assumptions about future energy demand, particularly for oil and other fossil fuels. Among the suspect presumptions made by most analysts, Carbon Tracker noted the tendency to ignore the potential for high adoption rates of renewable energy, rapid uptake of energy efficiency technologies, slow population increases, and low economic growth. If any or some combination of these perfectly plausible – or even likely – scenarios comes to fruition, global demand for oil could crater.

Ahmed himself acknowledges, as does the aforementioned gaggle of Italian economists, that if cheap renewables win the race to replace oil demand before supply fails, the crisis can be averted. The plunge in costs of renewable energy and batteries is already upon us; the speed and scope of their uptake have been historically underestimated, a sad trend in punditry likely to continue. Another Carbon Tracker report issued earlier this year finds renewable energy is now cheaper than coal and gas for the first time. While short-term oil market bottlenecks could happen, the smart money is on renewables and electric cars breaking out in a big way, chopping oil demand off. After all, most oil is consumed by vehicles, so electrifying them changes the game.

And what about Israel? Even if financial doomsday does befall the West, Israel might be the best-prepared country to weather a global recession. Consider the economics. Israel has a high-performing, diversified economy. It survived the 2008 crisis better than most. It is a technology and venture capital giant and a knowledge economy dependent neither on imports nor exports of most raw materials. Exports represent only 31 percent of the economy, a figure that has been consistently dropping (even while export volumes themselves are stable, led by electronics, pharmaceuticals, metal goods and diamonds); this is an astonishingly low figure for a small, wealthy country. That means Israel can survive a global contraction that reduces demand for its goods and services.

Israel also would not be crippled by an oil crisis. Israeli oil consumption has been dropping steadily since the 1990s. Though its first big push into electric cars failed, Israeli companies are at the forefront of electric car battery startups, and could transition the small, densely populated country to electric or compressed natural gas cars fairly easily if needed. How? Relying on massive domestic natural gas reserves and abundant solar power capacity, which grew ten-fold from 2010 to 2014, with more coming.

As for food, Israeli agricultural and food companies are global technology leaders, helping the country cope with climate change, drought, water scarcity and temperature extremes. Israel produces 95% of its own food needs. Perhaps most importantly, Israel stands to profit from high food prices by exporting its agro-technologies to other needy countries.

On the security front, plunging oil revenues in Saudi Arabia and other Gulf countries could be destabilizing, as could bread riots in Egypt or climate refugee crises in Syria, Lebanon, Jordan and elsewhere. Proxy wars between Saudi Arabia and Iran are inflaming the entire Middle East. But these crises are already here, and it’s hard to argue Israel hasn’t held up extraordinarily well since 2011 through the series of political, social, and military conflagrations in its back yard. What’s a bit more social unrest?

Call me a glib Pollyanna, but here’s the truth: Israel stands to make out just fine regardless of what oil, food, and financial markets have in store for the next few years. The rest of the world, however, not so much.

Andrew Eil managed climate change foreign assistance programs at the U.S. State Department from 2010 to 2014 and is now an independent consultant in New York City.