I Support Boycotting Settlements — Should I Be Banned From Israel With My Children? 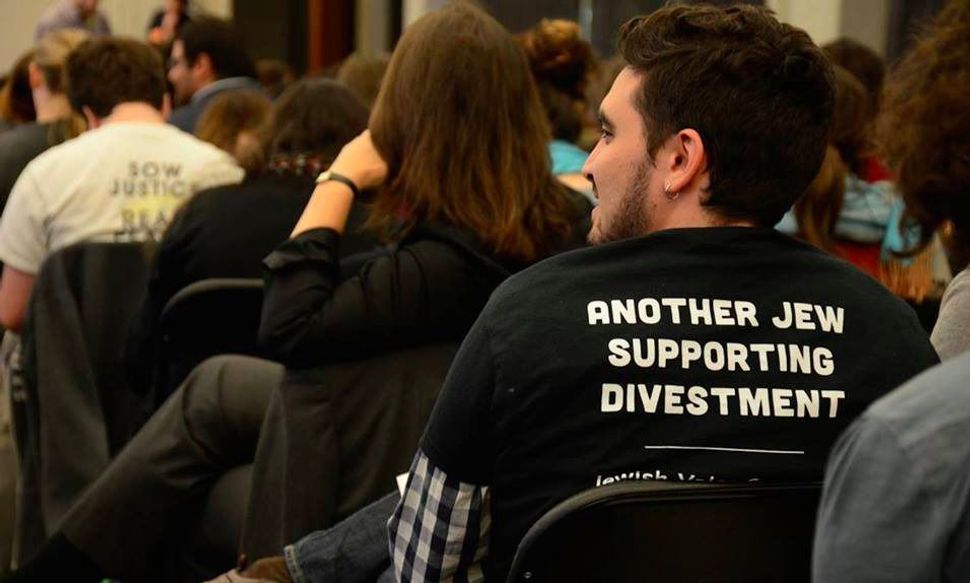 I have a theory about American Jewish kids and Israel. I’m trying it out on my own children.

But not too early. My fear is that if they encounter harsh truths at too young an age, it will drive them away. They’ll grow to hate Israel, or wash their hands of it. I’ve seen that happen a lot.

My plan, while they’re young, is to immerse them in positive Jewish and Israel-related experiences. My hope is that the chaotic reunion of Jews from every corner of the globe in the land where Jewish history began will fill them with wonder. Who knows if my plan will work? Parenting has already taught me a lot about humility. But I try. When we were preparing for our first family trip to Israel, I told my son — who was 6 — that we would visit Jaffa. “The place where Jonah escaped from!” he exclaimed. That’s what I’m aiming for.

I’m aiming for it because I believe that if my kids first learn to love Jewish history, Jewish tradition and the Jewish people — close to half of whom live in the Jewish state — that will shape their response to the harsh truths they encounter later. They won’t turn away in disgust; they’ll struggle. They’ll be like the young people in organizations like J Street U and IfNotNow. They’ll face ugly realities with both outrage and love. They’ll challenge the American Jewish community while remaining part of the American Jewish community.

Why am I writing this now? Because the Knesset has just thrown a wrench in my plan. On Monday, it passed a law denying entry to any person “who knowingly issues a public call for boycotting Israel” or any territory “under Israeli control,” which includes settlements in the West Bank.

I’m one of those people.

In 2012, I wrote a book that urged American Jews to buy products from “democratic Israel,” the territory inside Israel’s original boundaries in which Jews and Palestinians live under the same law, but not “nondemocratic Israel,” the West Bank, where Jews enjoy citizenship and Palestinians live under colonial rule. So while I oppose boycotting Israel as a whole, I support boycotting Israeli settlements, which I believe threaten Israel’s moral character and its long-term survival.

I’m joined in that belief by prominent Israeli writers like David Grossman, Amos Oz and A. B. Yehoshua But I doubt that will help me when I’m standing in front of the admissions clerk at Ben Gurion Airport.

I have no idea how the new law will be enforced. I suspect, as often happens, that the greatest victims will be people who lack my Jewish privilege — particularly Palestinians from the West Bank and beyond who are prevented from visiting their relatives in Israel proper.

Still, the uncertainty is weird. Last summer we took our children to Israel for two weeks. We went to the beach, and the desert, and spent Shabbat in Jerusalem, and I ducked off for a day to participate in a protest in Hebron. My kids deepened their connection to Israel; I assuaged my conscience.

Now, it seems, the Knesset wants me to choose. Either stop visiting Israel or stop opposing the occupation. In a variety of ways, that’s the deal Prime Minister Benjamin Netanyahu has been offering American Jews for close to a decade now. Embrace Israel at the cost of your principles or embrace your principles at the cost of Israel.

I know how most universalistic, secular American Jewish millennials will answer that question. So do the activists who lead the boycott, divestment and sanctions movement. That’s part of the reason they’re so optimistic.

I don’t know how my own children will answer it. Since they were born, I’ve been trying to prevent them from having to choose. With every Jewish day school payment, and every book of Torah stories, and every Israel festival, and every Purim costume, my wife and I have tried to chart a path between a rock and a hard place.

Now, in my long-running battle with Netanyahu for my children’s identity, the prime minister has struck an unexpected blow. The good news is that in a few years they will start going to Israel on school trips without me. I hope they visit many, many times, and come to cherish the place as I do. My mother once told me that my grandfather, for whom my son is named, was never happier than when he was arguing politics on Dizengoff Street. God willing, my son and daughter will pass many days doing that too.

But if I can’t be there with them, so be it. My parents gave me many gifts, but the most important was their example. They loved South Africa and they opposed apartheid. And when the tension between their lives and their principles grew too great, they chose the latter, and they left. As I child, I sensed their sadness and their isolation. And I felt proud to be their son.

In my family, we have a tradition. We lose countries but we keep our self-respect.

Peter Beinart is a Forward senior columnist and contributing editor. Listen to his new podcast, Fault Lines, with Daniel Gordis.

I Support Boycotting Settlements — Should I Be Banned From Israel With My Children?