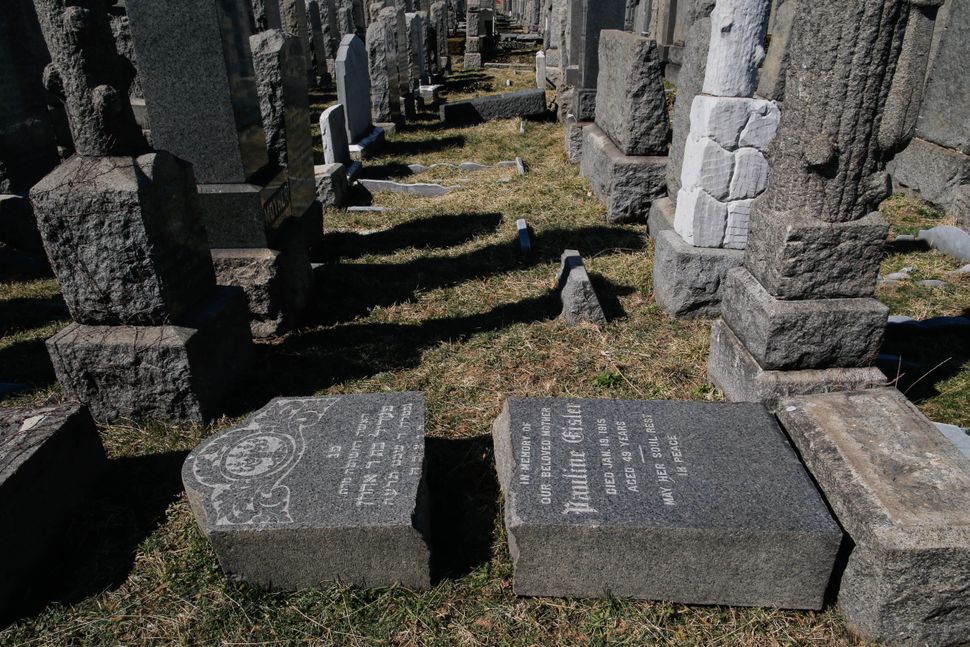 I love the history and solitude of cemeteries, and I’ve spent a great deal of time in them over the years. So when news of possible vandalism in Washington cemetery in Brooklyn recently emerged, I had my doubts. Despite the spike in anti-Semitic activity, according to the New York Police Department, I am familiar with Washington Cemetery, the final resting place for my paternal second great grandparents. It is the most poorly maintained of the graveyards I have visited in the Metro New York region. I had a hunch that neglect rather than vandalism took its toll.

Last week, I revisited the cemetery to check the tombstones of my family members, have my children visit and survey the damaged area for myself. While I am not a forensic expert, it was apparent walking through the affected area that it is far from an open-and-shut case of desecration. While news reports placed the number of toppled headstones at 40, grounds crew and office staff estimated the damage to be far closer to around a dozen. I counted nine sprawled on the ground

The area where the supposed vandalism occurred looked like it doesn’t attract many visitors. There are a number of stones overgrown with moss or surrounding vegetation; they have clearly been on the ground for a while. Markers have been weathered by the elements, and while newer stones with engraved names and faces are clearly legible, those engraved before around 1950 often proved difficult to read. The cemetery sometimes stacks fallen stones on one another, a more inexpensive measure compared to lifting the marble slabs back upright if the foundation or base has been compromised.

While the newly felled stones I personally observed appear to have been freshly broken and are in close proximity, there could also have been innocent explanations for their condition, which could have something to do with a domino effect, shifting foundations in the entire area or an innocent trip and fall from a visitor to a nearby grave. When an open-and-shut case of vandalism happened in the same cemetery six years ago (which never made national news, unlike the dozen stones this time), more than 200 stones were toppled.

The New York Police Department Hate Crimes Division concluded that erosion and a lack of maintenance caused the damage, a finding seconded by cemetery staff I spoke with.

Some in the local Jewish community apparently disagree. Another visitor to the same site that week, a local resident who contacted New York City Councilman David Greenfield, came to the opposite conclusion I did, telling Greenfield via email that he “clearly found evidence of foul play.”

But a funny thing happened when news broke that the damage in Washington Cemetery wasn’t caused by vandalism: there was a collective sigh of relief, a shrug and the news cycle moved on.

The Jewish community needs to ask itself some hard questions about its reaction to toppled gravestones: Why do we only care about respecting our dead if the disrespect shown to them is due to the acts of a malevolent few instead of ambivalence by much of our community? 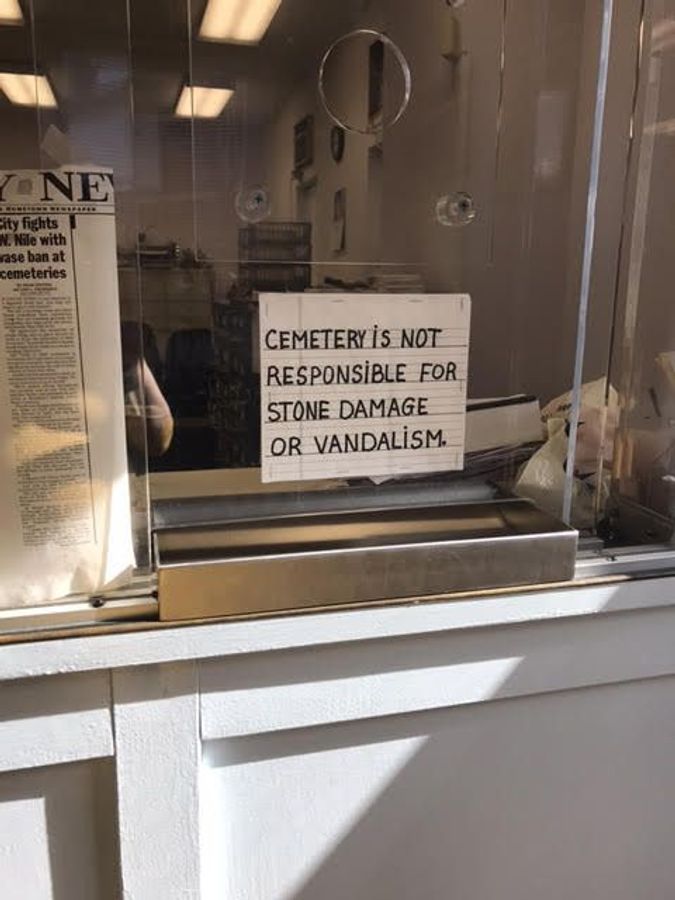 Another reason why I am a frequent visitor to cemeteries is a keen interest in genealogy. Before I began compiling our family tree, my relatives couldn’t name anyone beyond my grandparents’ generation. I discovered these second great grandparents buried in Washington Cemetery thanks to sleuth work accomplished by ordering dozens of New York City vital records.

At meetings among those who dabble in genealogy, Jewish and not, I am roughly half the age of the next youngest person in the room. Those who take the time to volunteer for websites which digitize information on gravestones like “Find a Grave,” and who work with organizations which care for graves after the next of kin have died, like the Hebrew Free Burial Association (HFBA), are similarly aged. Why are we allowing the information found on tombstones to vanish by weathering instead of working together to digitize the information to preserve the memory of those who have passed? And where are the legions of Jews concerned about our dead and our shared heritage on cleanup days in local cemeteries?

Andrew Parver, the director of operations at the HFBA, says he faces an uphill struggle in terms of time and resources to maintain cemeteries under its care, bury the indigent dead and make sure they have headstones at all to remember their names. While the HFBA are taking precautions in their own properties and have enlisted the help of the NYPD to increase patrols, fallen stones remain a long-time challenge for the organization. Due to the prevalence of shifting foundations, headstones regularly fall, requiring upwards of $3,000 to repair and days of work. “A fallen tombstone should cause anyone to stop and reflect,” he told the Forward. “The reason why it fell is irrelevant; whether it happened yesterday or fifty years ago, whether it happened by vandalism or natural causes.” A fallen tombstone should matter to the Jewish community and reflects on how we regard those who came before us.

Since the November election of Donald Trump, the mainstream media and many Jews have suddenly become very concerned about vandalism in Jewish cemeteries. A vandal’s depraved actions in October in upstate New York barely elicited local coverage whereas now, downed stones whose destruction was of an unclear origin in Washington Cemetery became national news. Why do we suddenly care about anti-Semitic actions, which were prevalent long before the election of President Trump? If the Jewish community cares so deeply about respecting the memories of those who came before, we should be working together to ensure that our concern isn’t relegated to destructive incidents now making news