Donald Netanyahu: Many Democrats See The Two Leaders As One 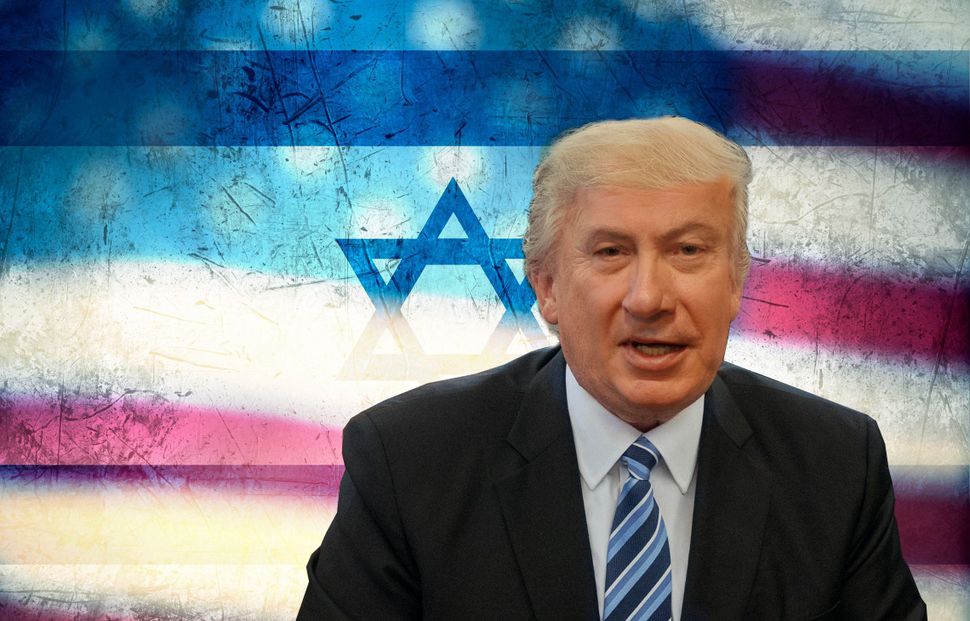 That’s likely happening to the Democrats. Quietly, in the shadow of Trump, the party will move left. The Democrats will never nominate another presidential candidate as friendly as Hillary Clinton was to a mainstream group like the American Israel Public Affairs Committee.

Some of the reasons have nothing to do with Donald Trump. They’re simply demographic.

Millennials are less sympathetic to Israel than their elders. African Americans and Latinos are less sympathetic than whites. The religiously unaffiliated are less sympathetic than are regular churchgoers. And the young, the secular and racial minorities are all growing as a share of the American population and, especially, of the Democratic electorate. This past January, for the first time since the Pew Research Center began asking the question in 2000, Democrats were as likely to identify with the Palestinians as with Israel.

But while this shift left would likely have happened anyway, Trump will accelerate it. First, he’ll accelerate it by giving Israeli Prime Minister Benjamin Netanyahu a freer hand to do things that alienate American progressives, like building settlements, silencing dissent and perhaps even annexing parts of the West Bank.

If Israel and Hamas again go to war, Trump will place fewer restraints on Netanyahu’s military campaign than Hillary Clinton would have, and that will alienate progressives, too. Jewish Voice for Peace, which represents the left edge of the American Israel debate, saw dramatic membership growth during Israel’s 2014 war with Gaza. Another Gaza war — which Trump’s election makes more likely — will boost it further.

Even more important, Trump will become the prism through which Democrats see Netanyahu. Because most Americans know little about foreign leaders, they often see them as analogues to the American politicians they know well. Why did American progressives develop such a passionate hostility toward South Africa’s apartheid leaders? Because those leaders resembled the politicians of the segregated South. Why has Vladimir Putin’s popularity dipped among Democrats and risen dramatically among Republicans since 2016? Because some Americans now see Putin as a Russian version of Trump.

That’s especially true for Netanyahu. His English is so good, and he’s so intimately involved in American politics, that to many Americans he simply sounds like another Republican.

Many Democrats already saw Israel as another red state. Now — unless Israel undergoes some unexpected political shift — they’ll view Netanyahu’s Israel as authoritarian, hyper-nationalist, nativist and anti-Muslim, everything they fear Trump will make the United States. Netanyahu’s failure to publicly press Trump to speak out against rising American anti-Semitism will only compound that view.

If you squint, you can already see evidence of the Democrats’ move left. Although Keith Ellison, one of the most vocal proponents of Palestinian rights in Congress, lost his bid to chair the Democratic National Committee in February, he came closer than he would have a few years ago. Despite a fierce attack from the Jewish right, he won the endorsementsof the Massachusetts senator Elizabeth Warren and the Senate Minority leader,Charles Schumer, and received the deputy chairman as a consolation prize. Nine of the 10 Democrats on the Senate Foreign Relations Committee — including New Jersey’s Cory Booker, a darling of the American Jewish establishment — voted against David Friedman, Trump’s pro-settlements nominee to be ambassador to Israel.

And in February, at the J Street Conference, Bernie Sanders went further in his criticism of Israel than he had during the presidential campaign — even hinting that if the two-state solution dies, he might embrace one equal state for [both Palestinians and Jews.

In the conclusion to his speech, Sanders explicitly linked the struggle against Netanyahu to the struggle against Trump. “To my Israeli friends here with us today,” he declared, “we share many of the same challenges. In both our countries we see the rise of a politics of bigotry and intolerance and resentment. We must meet these challenges together.”

When Sanders finished, the crowd roared. It was a sign of things to come.

Donald Netanyahu: Many Democrats See The Two Leaders As One