Is There A Silver Lining To Increasing Anti-Semitism? 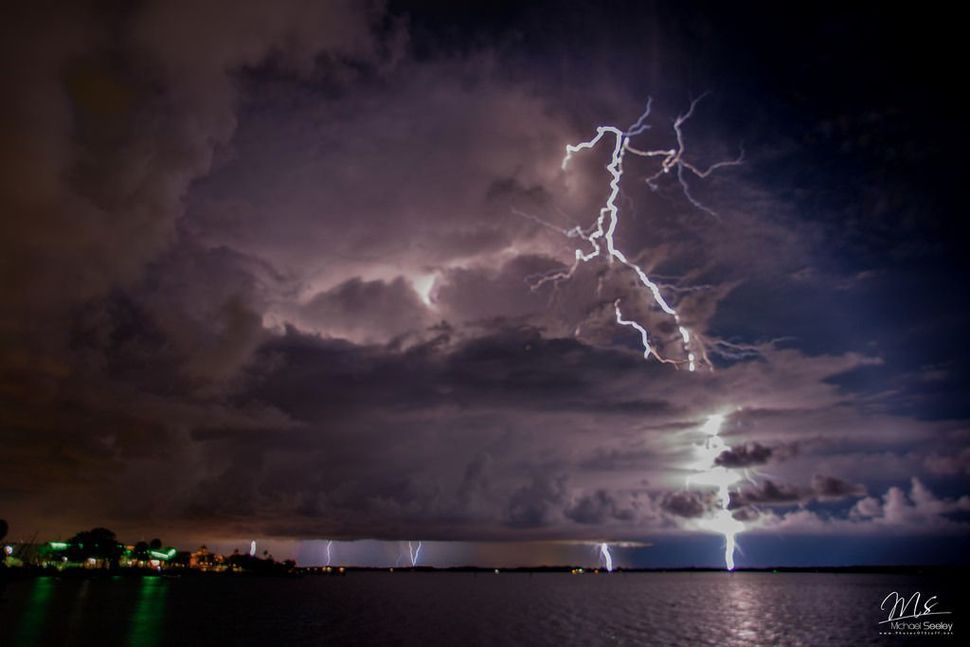 As Jewish Community Centers across the United States recently celebrated Purim, seven more received anonymous bomb threats. Despite the normally cheerful Purim festivities, the prevailing mood among American Jews is grim. Whether or not they’re in a state of panic, as some commentators have debated, there’s undoubtedly widespread anxiety among American Jews today, after more than 150 bombs threats targeting JCCs, Jewish schools and other Jewish institutions, the desecration of Jewish cemeteries in several states and many other acts of vandalism. The apparent surge in hate crimes has raised fears that anti-Semitism is making a comeback in the United States, after decades of decline.

It’s still too early to know for sure whether anti-Semitism really is resurgent in the United States — the statistical data is incomplete — and, if so, what role President Trump’s election campaign and victory may have played in this (circumstantial evidence suggests that it has at least emboldened far-right anti-Semites). What is clear, however, is that the issue of anti-Semitism has now become much more salient to American Jews across the political spectrum. If this continues, could this potentially reunify a fractured American Jewish community that has been bitterly divided over Israel in recent years? Perhaps this could even be the silver lining on the dark cloud of anti-Semitism that now hangs over the American Jewish community.

Decades of scholarly research in the fields of sociology and social psychology (going back to the pioneering work of German-Jewish sociologist Georg Simmel) on the relationship between external threat and ‘in-group’ cohesion also suggests that a rise in anti-Semitism will foster greater Jewish solidarity. The basic idea is that the cohesion or unity of a group generally increases in direct proportion to the degree of external threat. This can be seen, for example, to have taken place among Israeli Jews during periods of war and increased terrorism. If American Jews grow more insecure, therefore, their solidarity with each other will increase.

But it’s not that simple. For group members to unify in response to an external threat, they must perceive the same threat. If there is no consensus within the group on the nature of the threat, then the group will not be unified in response to it. This is a crucial caveat. It means that American Jews will only unite in the face of anti-Semitism if they can agree about the threat it poses.

The problem is American Jews apparently don’t agree about anti-Semitism. On one side, liberal and progressive Jews denounce the anti-Semitism of the “alt-right” and far right, and they have accused President Trump of using dog-whistle anti-Semitism in his election campaign. Indeed, for some on the Jewish left, the greatest anti-Semitic threat facing American Jews is in the White House — Trump’s chief strategist, Steve Bannon, whose former website, Breitbart News, proudly serves as a platform for the alt-right.

On the other side, Jews on the right have dismissed these concerns as unfounded and politically motivated. For them, the real threat of anti-Semitism comes from the left and from Muslim Americans, with whom some on the left make common cause. It is in mosques and on college campuses that the Jewish right sees the threat of anti-Semitism. They insist that left-wing anti-Israel activism, especially the Boycott, Divestment, and Sanctions (BDS) campaign against Israel, is motivated by antisemitism, or at least fuels it. Jews on the left, in turn, tend to reject this charge as dishonest, an attempt to smear and silence Israel’s critics. They also reject the right’s assertion that anti-Zionism is a form of anti-Semitism on the grounds that it is essential to differentiate between Jews and Israel, and that opposing the Jewish state is not the same as hating the Jewish people.

If domestic anti-Semitism remains a major concern for American Jews in the months and years ahead, therefore, it’s unlikely to unify them. There’s no silver lining to this cloud.

Dov Waxman is Professor of Political Science, International Affairs, and Israel Studies, and the Stotsky Professor of Jewish Historical and Cultural Studies at Northeastern University. He is also the co-director of the university’s Middle East Center. His most recent book is “Trouble in the Tribe: The American Jewish Conflict over Israel” (Princeton University Press, 2016).

Is There A Silver Lining To Increasing Anti-Semitism?