Who You Callin’ Anti-Semite? Reserve The Term For The Worst Offenders 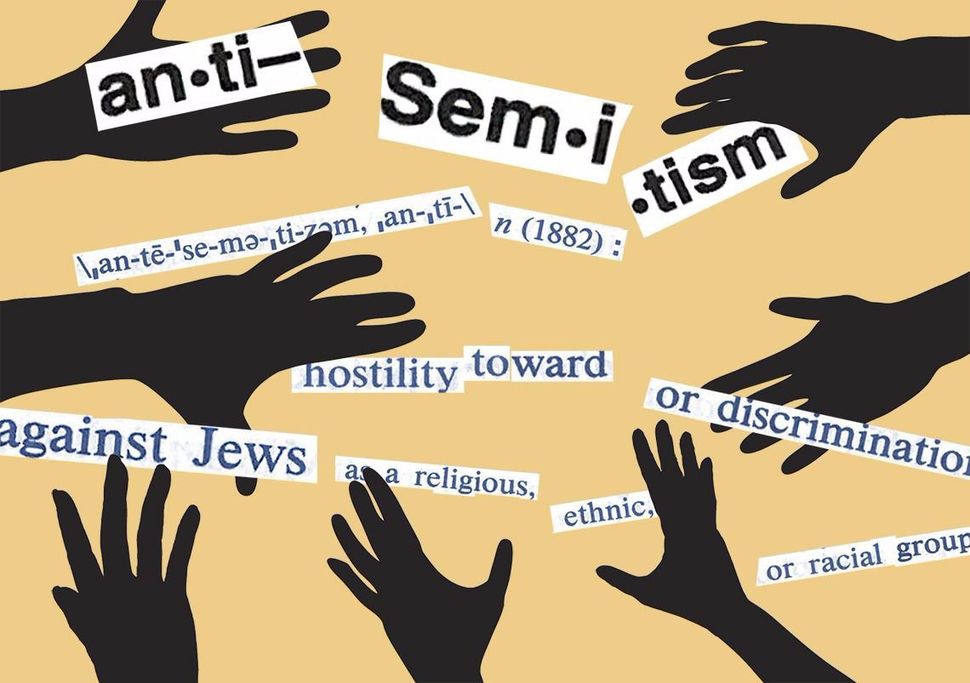 We’ve been playing this game for months now. First with Michael Flynn. Then with Stephen Bannon. Now with Sebastian Gorka.

Liberals accuse a Donald Trump adviser of having ties to right-wing anti-Semites. Trump’s Jewish supporters defend him. And, not content to stop there, they throw the charge back in the accusers’ faces — claiming that they have ties to left-wing anti-Semites.

Both sides deserve blame for this dialogue of the deaf. Conservatives need to stop pretending that “supporting Israel” (by which they really mean “supporting the Israeli government”) exonerates Gorka, Bannon, Flynn or anyone else of anti-Semitism. It’s entirely possible to admire Benjamin Netanyahu’s government because it is nationalistic, militaristic and religious and to revile American Jews because most of them are cosmopolitanism, dovish and secular. It’s also possible to love Jews when they’re in their own country, because that means they’re not living in yours. As Yale historian Timothy Snyder details in his book “Black Earth: The Holocaust As History And Warning,” the Polish government was fervently Zionist in the 1930s, since Zionism offered a rationale for moving Poland’s Jews somewhere else.

If Zionism can coexist with anti-Semitism, anti-Zionism can co-exist with philo-Semitism. Satmar Hasidim read the Talmud as prohibiting Jews from using force to restore Jewish sovereignty. That doesn’t make them anti-Semites. In the mid-20th century, Judah Magnes, founder of Hebrew University of Jerusalem; Henrietta Szold, founder of Hadassah; the Jewish philosophers Martin Buber and Gershom Scholem, and Albert Einstein all supported a binational rather than a Jewish state in the Land of Israel. They weren’t anti-Semites then, and their contemporary followers, who include my friend Chip Manekin, an Orthodox professor of Jewish philosophy at the University of Maryland, aren’t anti-Semites now.

But if the right errs in using Zionism as a shield, and anti-Zionism as a club, in the Trump anti-Semitism wars, both the right and left err in a different way. They employ guilt by association. Journalists at the Forward and elsewhere are entirely justified in investigating Gorka’s associations with anti-Semites in Hungary. But liberal commentators are wrong to suggest that this reporting, in and of itself, proves that Gorka is an anti-Semite.

People associate with people whose views they oppose — or even abhor — all the time. The Rev. Jeremiah Wright, after all, officiated at Barack Obama’s wedding, baptized his girls and provided the title for Obama’s second book. That doesn’t mean Obama agreed with Wright’s political views. Obama found in Wright an authentic link to African-American Christianity. In some of the Hungarian anti-Semites he knew, Gorka may have found a link to the nation his parents fled.

It’s easy to demand that other people apply ideological litmus tests to their relationships. It’s harder to do so in one’s own life. If people judged my politics by the synagogues I’ve attended, they could draw some disturbing conclusions, too.

Associations are useful in understanding someone’s life. But when it comes to charges of anti-Semitism, or any other form of bigotry, I’d suggest this simple test: Has the person made two statements that suggest animus toward a specific religious or racial group? We live in the internet age. The public record isn’t hard to find. Enterprising journalists can uncover the rest. Sebastian Gorka may be guilty of all kinds of things. But, to my mind, unless someone unearths evidence of him having written or said disparaging things about Jews qua Jews, he’s not guilty of anti-Semitism.

I understand why liberals are tempted to hurl charges of anti-Semitism at Trump officials. The policies they are pursuing are genuinely frightening. Yet in American political discourse today, accusing some of contempt for liberal democratic norms often elicits a yawn. Accusing them of anti-Semitism packs more punch. But in so doing, liberals replicate the tactic that conservatives have for years used against us.

Conservatives long ago realized that the most effective way to undermine liberal critics of Israel was not by calling them naive or illogical or ill-informed. It was by calling them anti-Semitic. The slur works; many commentators have muted their voices for fear of being tarred with it. Which is why Breitbart is employing it again in its response to the critics of Sebastian Gorka.

Liberals cannot in good conscience protest this intellectual promiscuity if we practice it ourselves. As someone who has read Gorka’s book “Defeating Jihad,” I can say with confidence that the author is a poor student of American foreign policy. As someone who has surveyed Gorka’s views about Muslims and Islam, I can say with confidence that he doesn’t know much about those subjects, either.

But I can’t accuse Gorka of anti-Semitism, because I haven’t seen the evidence. Liberals should set the bar for anti-Semitism high, not just for Sebastian Gorka’s sake but also for our own.

Peter Beinart is a Forward senior columnist and contributing editor. Tune into his podcast, Fault Lines, a robust conversation about Israel and American Jews with Daniel Gordis.

Who You Callin’ Anti-Semite? Reserve The Term For The Worst Offenders